The curious French history of the Hôtel-Dieu de Beaune 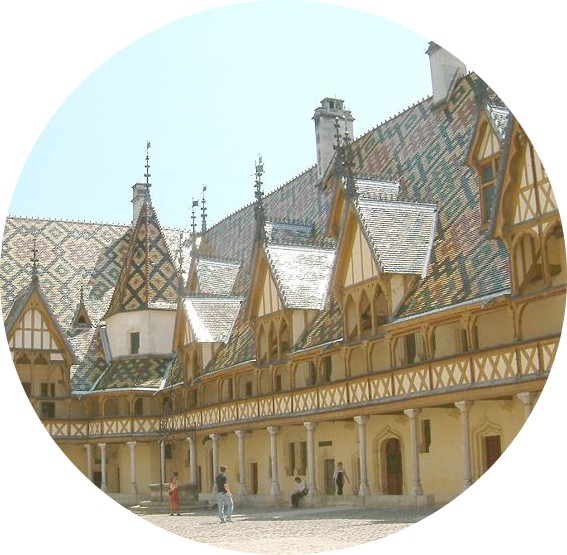 On the third Sunday in November, an international audience eagerly watches an annual wine auction in the small Burgundian town of Beaune.

Indeed, it has become such a significant event that it is managed by the auctioneers Christie’s.

2014 will mark the 154th such auction of wine barrels. But can you guess where the proceeds of the precious wines will go? Supporting medical facilities in the region! Only the French would think to fund health by selling wine…

A celebration of French history

Although it might seem strange, the connection between these vineyards, Beaune and medical care is far longer and much deeper.

In fact, it is the result of an unusual bequest stemming back over five hundred years. One of France’s first dedicated medical facilities, the Hôtel-Dieu de Beaune, was established in the fifteenth century with the annual proceeds from a plot of Burgundian grapes, donated by a wealthy couple.

A French historic treasure in Burgundy 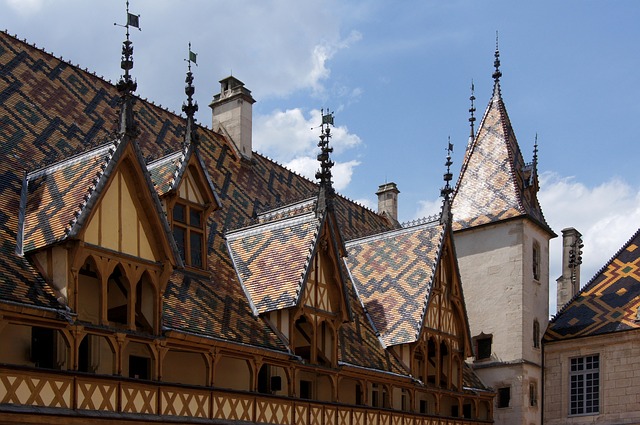 The Hôtel-Dieu de Beaune is rightly famous for its stunning complex of buildings including the original fifteenth-century Hôtel-Dieu. But don’t be fooled, its colourful ‘medieval’ roofing is actually a twentieth-century addition, based on local tiling traditions.

Hôtel-Dieu is the traditional name for an almshouse, not quite a hospital as we know it, but a place where wayfarers, pilgrims and the poor could expect food, warmth and a bed to rest in. Spiritual treatment was just as important as bodily care but the nuns who tended these patients had devoted their lives to an active religious vocation that was worlds away from the meditative serenity of the convent.

The romance of art and medicine – French-style

In 1443, Chancellor Nicolas Rolin and his wife Guigone de Salins founded a hospice, providing an annual grant, vines and salt-works for its income. At the time, the people of Burgundy and especially Beaune were suffering from the debilitating effects of the Hundred Years War, and the facility was intended as an act of personal piety that would support the local community. 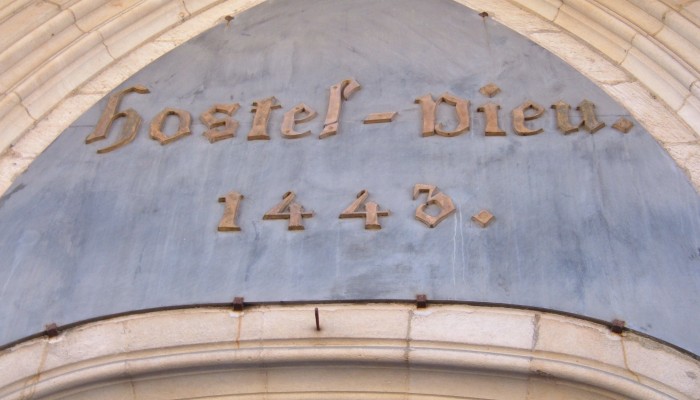 Both husband and wife are depicted in the Last Judgment Polyptych by renowned contemporary artist Rogier Van der Weyden created between 1446 and 1452. This remains on display onsite, where you can make out Guigone kneeling at the right-hand side of the image while her husband prays to St Sebastian. Heraldic imagery of both are also included on the work.

Around the buildings too, you will find their recurring motif: N and G, as well as the word ‘seulle’ refering to Rolin’s wife – his ‘one and only’. Because nothing says romance like founding a hospital…

Medieval medical care in the history of France 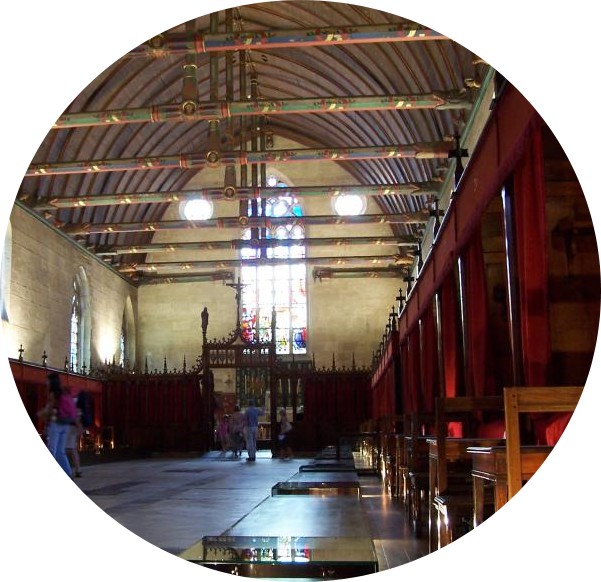 Inside, the Great Hall of the Poor contains a beautifully carved and painted roof in a room which once contained 28 four-poster beds. This doesn’t sound like much, until you realise that medieval practices often saw four or five patients to each bed.

These institutions did not provide much funding for more complex treatments although nuns often pleaded with the governors for better facilities with appropriate support for different conditions. The hospice treated everyone from infants and pregnant women to the elderly and everything from injuries to the plague. Nuns often built up extensive pharmaceutical and technical experience from their years of observation and practice, and the most experienced among them were usually assigned to conduct the basic triage of the patients at the hospice entrance.

Beaune’s Hôtel-Dieu was run on a daily basis by hospitalier sisters for over six hundred years, functioning right up until the late 1970s. Waxwork models depict nuns busy in the seventeenth-century kitchen, stocked with its nineteenth-century equipment.

Indeed, some of the best wines of this district are owned by the hospital, all thanks to the original donation of Rolin and Salins all those years ago.

Have you been to Beaune, and visited the Hôtel? What did you think? Allez-y, share your thoughts with us below!