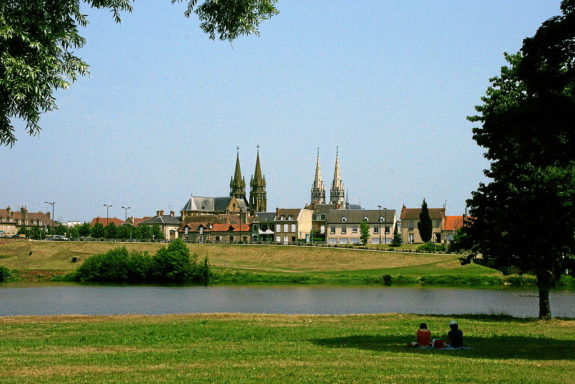 “Would it be worth the drive?” I wondered. After all, there are so many wonderful and off-the-beaten-path museums right here in Paris. 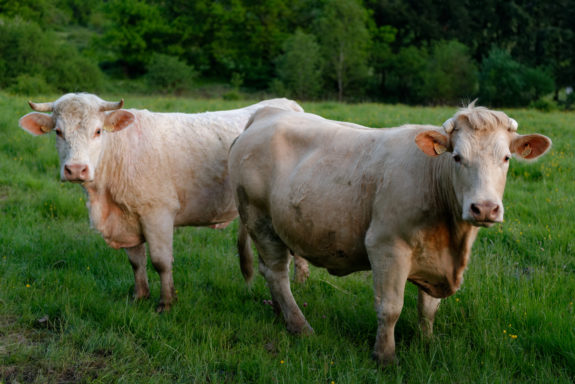 My friend assured me that this museum was the only one of its kind, not only in France but in Europe. I was intrigued and so I decided to go.

The three-hour road trip brought us to a medieval city with a majestic cathedral. Built by the river Allier, Moulins is nestled in the verdant Auvergne region.

You can also get to Moulins by TGV from the Paris Gare de Lyon. If you’re starting from Lyon, it’s only two hours by car and you can indulge in other day trips as well. 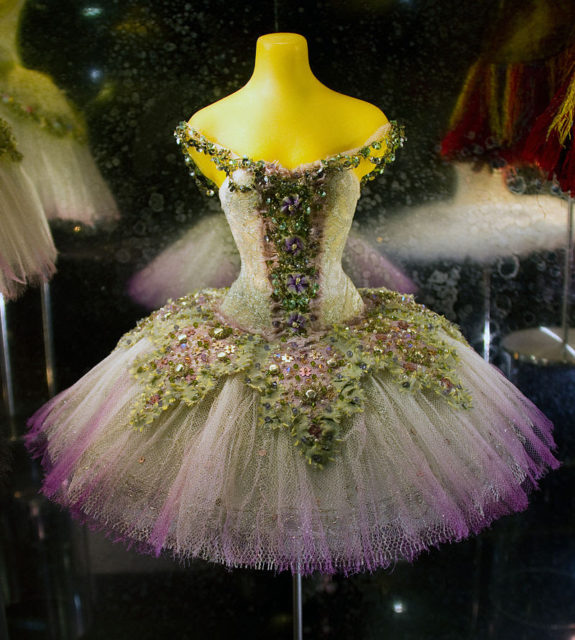 A few months ago, I attended ‘A Midsummer Night’s Dream’ performed by the Paris Opera Ballet. I was dazzled by the ballet costumes and sets designed by Christian Lacroix. In a New York Times article, Mr. Lacroix said…

For me, fashion and theater are the same métier. To put women in the spotlight.” 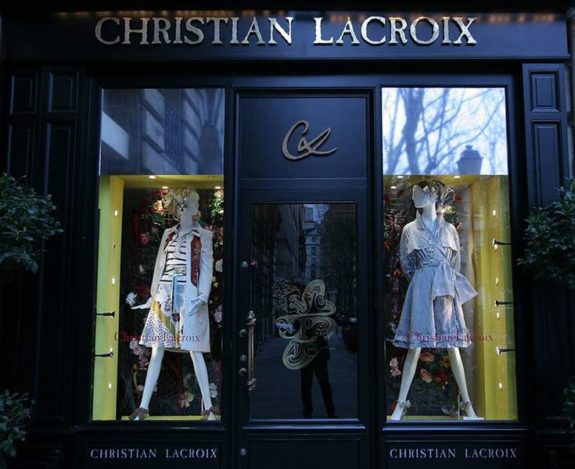 I always admired the fantasy and bold palette of his fashion designs inspired by the Provencal costumes of his native Arles.

The House of Lacroix was successful creatively but unfortunately, it was unsuccessful financially and was sold. 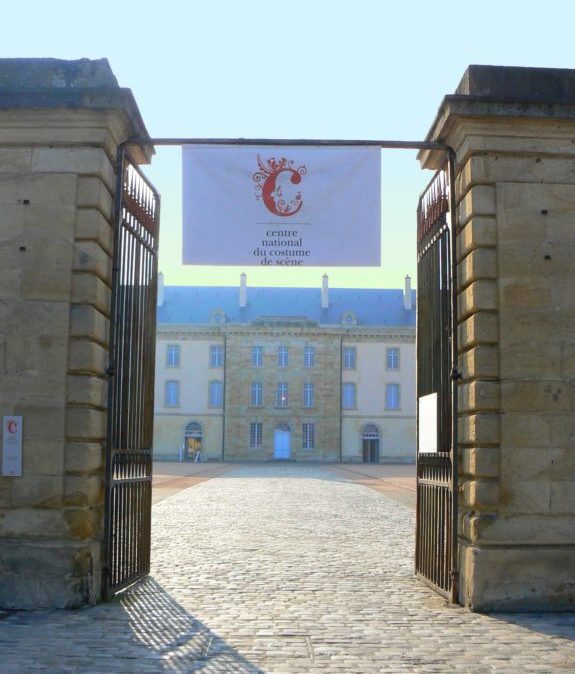 Fortunately, Lacroix next turned his attention to his first love, costume design.

Today Lacroix remains the Honorary President of the Centre national du costume de scène et de la scénographie ‘CNCS’. He has been associated with it since its inception eleven years ago in Moulins.

The CNCS houses costumes dating back to the eighteenth century. They are beautifully exhibited and preserved for posterity in a former royal barracks.

This Louis XV structure, however, was in disrepair and doomed to be demolished.

Fortunately, the building was saved by the Minister of Culture, Renaud Donnedieu de Varbes, Mayor Pierre-Andre Perissol and Lacroix, as Chairman of the board of directors. After extensive renovation, it is now a historically protected landmark.

Showcasing and preserving over 20,000 costumes and stage sets of the Paris Opera Ballet, the Comedie Française and the Bibliotheque Nationale, the CNCS is unique. 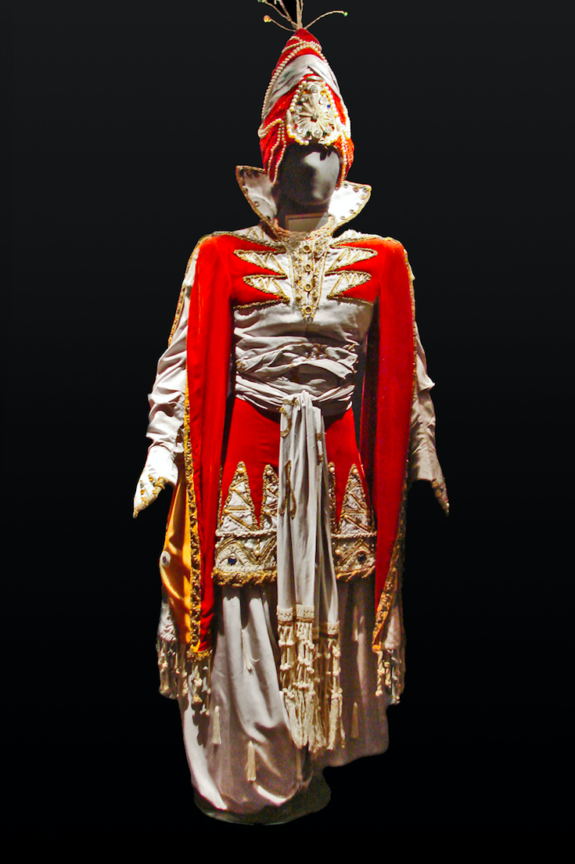 After his death, Rudolf Nureyev’s collection of costumes and artefacts was donated to the museum by his Foundation. A film devoted to Nureyev’s life is shown in the auditorium. His costumes and treasures in the form of personal decor from his Paris apartment are on permanent display. 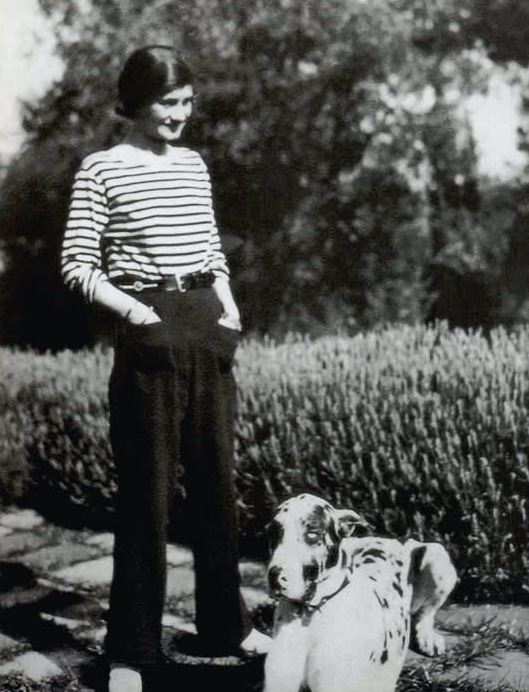 An eighteen-year-old seamstress named Gabrielle Chanel tried her luck as a chanteuse at Le Grand Café in Moulins.

Legend has it that Gabrielle sang a popular song of the times called, ‘Coco’.

The gents in the audience shouted up to the balcony where she performed to request that number.

They were constantly calling “Coco,” and the rest is (fashion) history.

In rotating exhibits, stage costumes by French stage and fashion designers such as Chanel herself, Lacroix, Saint Laurent, Balmain, Poiret, among others are displayed or warehoused next door in the museum’s archives building.

Researching upcoming exhibitions and planning a visit is easily facilitated by the CNCS’s interactive website.

Worth the trip off-the-beaten-track to discover this gem of a French museum? I would say yes. What do you think? Leave your thoughts in the comments box below.