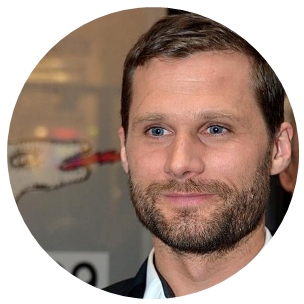 If you are interested in contemporary French culture, you have probably heard about a young playwright named Alexis Michalik. If it isn’t the case, worry not! Here is your chance to discover this exciting, talented and successful artist.

So successful indeed that not one, not two, not three, but four of his plays were being performed on different stages across Paris, and three are still there.

Garnering rave reviews since he wrote his first play Le Porteur d’histoire back in 2012. His peers have also recognized his work, seeing him and his team triumph during numerous Molières ceremonies (the Gallic version of the American Tony Awards). 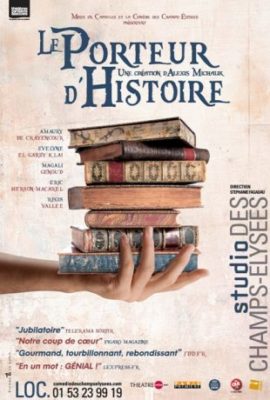 Reaching a wide audience, his art has given new energy and brought a very tangible breath of fresh air to the world of French theater. His four plays can be described as exigeantes et populaires, meaning they are easily accessible but not easy; they can attract both theater aficionados and newcomers;they entertain with intelligence and inventiveness.

When going to see one of his productions, time flies thanks to the hectic rhythm, ingenious directing, vivacious acting and enthralling plots. The audience members find themselves immersed in the story from the get-go. They only come back to reality only once the curtain has fallen.

And as people re-enter the real world, leaving behind the fictious universe with which they have just spent an evening, they find themselves filled with interrogations, queries and thoughts. For Alexis Michalik not only entertains but plunges us deep within the human soul and condition. Exigeant et populaire. Storytelling at its best I am tempted to say

But let’s not get too ahead of ourselves and let’s tell his story properly, shall we?

Michalik was born and raised in Paris to a British mother and a Franco-Polish father. The former was an art book translator and the latter a painter. Alexis Michalik was introduced to the arts very early on. His parents would bring him to the theater, the library and the museum.

Such activities opened his mind and instilled in him a love of the arts, laying the ground for the passion and the fruitful career to come. Once in high school, the young man discovered acting and fell for it. He knew this was the path for him.

At eighteen, he already had an agent and was working, meeting people along the way that would inspire him greatly. For instance, Irina Brook, the stage director who gave him the thirst for directing and who taught him to always keep the audience in mind when creating a show.

He and a group of friends went on to adapt various famous oeuvres such has William Shakespeare’s Romeo and Juliet or Beaumarchais’ Mariage de Figaro. They presented them at the prestigious Festival d’Avignon, or more precisely its little brother (or sister), Avignon-off. 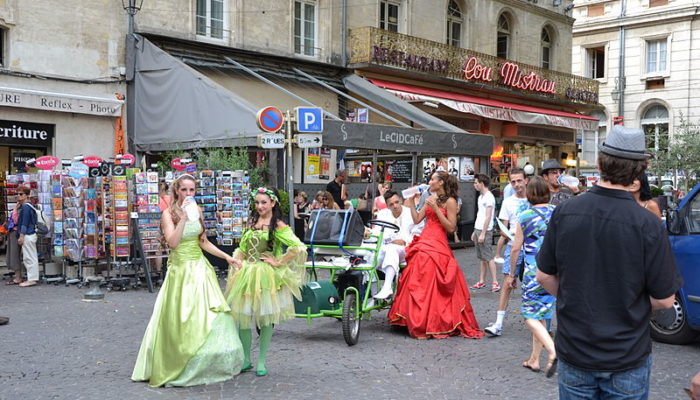 One day in 2012, Alexis Michalik got a call. A producer asked him if he would be willing replace an author last minute to write and direct a play. Having written for a long time, but always as a hobby rather than anything else (mis à part his adaptations), the young artist thoroughly applied himself to the task.

A few weeks later, Le Porteur d’histoire was born. As he says: « Donc je suis un peu devenu auteur ». And this his how the story of Alexis Michalik as we know him today truly began.

Today, that first opus still attracts large audiences in la Ville lumière and elsewhere on tour, and so are his other three plays. Namely, Le Cercle des illusionnistes, Edmond and Intra muros. And let’s not forget his adaptation of Edmond for the big screen, which will premiere in France in January 2019.

Now that we have briefly covered his resume, it feels appropriate to dig deeper and discover his thoughts about his work as an artist.

Alexis Michalik: theater for everyone

Alexis Michalik says his goal is to attract a vast array of people with his work, from the folk who see a lot of theater to those who have never been before. Growing up seeing a lot of plays, he wishes to transmit what he had received and hopes people will leave their seats with the desire to see another play, and maybe another, and so on. He wants to fight this common notion that theater is dusty and elitist:

“There is nothing pretentious about my spectacles. They are humble and demanding”

In a nutshell, meant for all without dumbing down. In regards to the content of his work, Alexis Michalik says:

“I have no message to send, all I want to do is tell a story that moves me, and while telling such story, questions often arise, audience members are put face to face with their own contradictions and desires, but I never write with a any other objective than telling a story. The messages and topics appear to me once the writing is done and once I start to talk and think about the play. This is the moment when the major themes and ideas define themselves, or through conversations with the public and their understanding of the show.”

“One thing is for sure though, I possess a hopeful outlook on the world and my stories and filled with hope.” 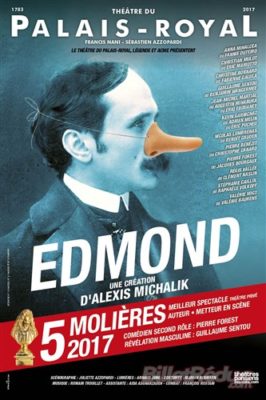 One recurring (and telling) element found when delving into his work is an artist as the main character. Or, as Michalik beautifully puts it, “un poète au coeu du récit”.  These central figures are far from the alpha-male stereotype. In fact, magicians, playwrights, filmmakers, or authors inhabiting his imaginary universe are filled with doubts and qualms,. They struggle and fail, but always resist and get back up. In the end, “they always triumph through poetry”.

Each play is an homage to stories and the theater, en quelque sorte. In Intra muros prisoners attend a theater workshop, in Le Cercle des illusionnistes we are told about the adventures of a group of young people in the 1980s, interspersed with the lives of magician Jean Eugène Robert Houdin and film director/illusionist George Méliès, and Edmond details the creation of Edmond Rostand’s masterpiece Cyrano de Bergerac.

According to Alexis Michalik, stories and imagination are essential to us as humans.

“Creators will never be replaced by technology, creativity is the most invaluable material we have.”

I was curious if Michalik identified with some his characters. Especially Edmond Rostand, given the great similarities between both men. A young author finds glory almost overnight and becomes a household name, passing from anonymity to acclaim in the blink of an eye.

“When writing Edmond, I did not see Rostand as myself, I did not think he was similar to me at all, but while creating the show I realised that we did have a lot in common. I believe there are two types of writers: those who write about their life (‘autofiction’), and those who write about other things. I do no tell personal stories. But no matter what, if you are sincere, you write about things that touch you and therefore write somewhat about yourself.” 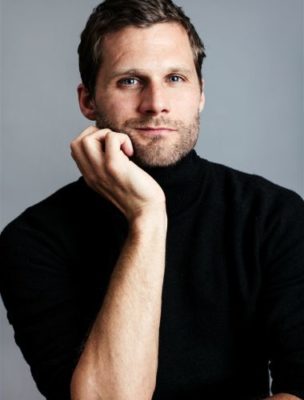 Being an actor, a director and an author, Alexis Michalik has an insightful position which feeds his work and vision. For instance, he understands what actors want and how they feel.

This is why all of his thespians have their own moment to shine on the stage, and why they sometimes personify more than one character, rather than spending long periods of time waiting for their turn.

Group work is crucial to his approach. Even backstage, the actors have something to do and give a helping hand with the costumes, props and décors.

I could say so much more about Alexis Michalik and his beguiling body of work:

All I can say is this: go and see his plays when you are in Paris, Lyon, Tel-Aviv, Lebanon or Brussels (to name only a few of the places where his productions are presented or will be presented soon).

Have you seen any of Alexis Michalik’s plays? If not, are you now tempted to check them out? We’d love to hear your thoughts and reflections in the comment box below!