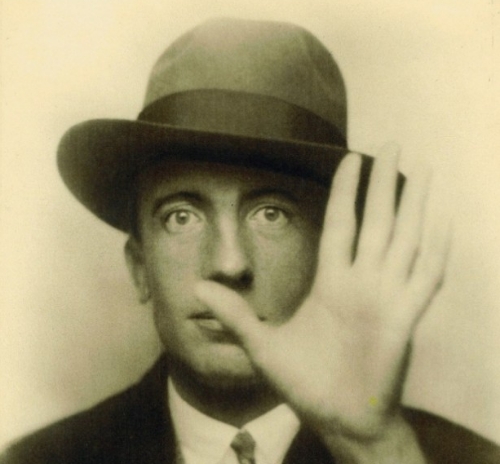 Paul Éluard was a French poet, and one of the founders of the Surrealist movement.

Among all his political activity and literary innovations there’s one page of his biography that gives us the chills, all over, and that surely deserves to be narrated.

Active life of the French poet 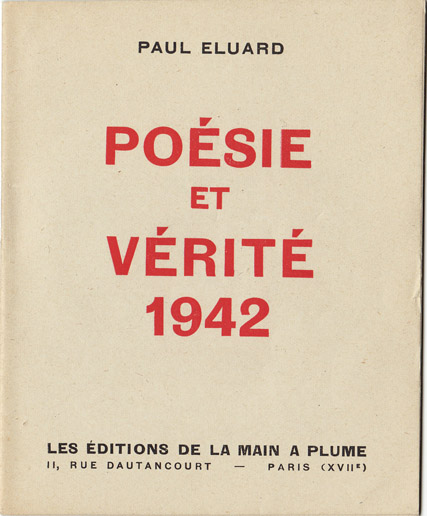 A famous Surrealist and literary innovator who stated that « La terre est bleue comme une orange », Paul Éluard joined the French Communist Party in 1942, which led to his separation from the Surrealists.

Paul Éluard was a member of the Congress of Intellectuals for Peace in Wroc?aw in 1948, which he persuaded Pablo Picasso to take part in.¹

During World War II Éluard got involved in the movement of the French Resistance. It was then that he wrote the amazing poem named ‘Liberté’ (1942) which inspired the entire French nation to be brave.

French poetry against the Nazi arms 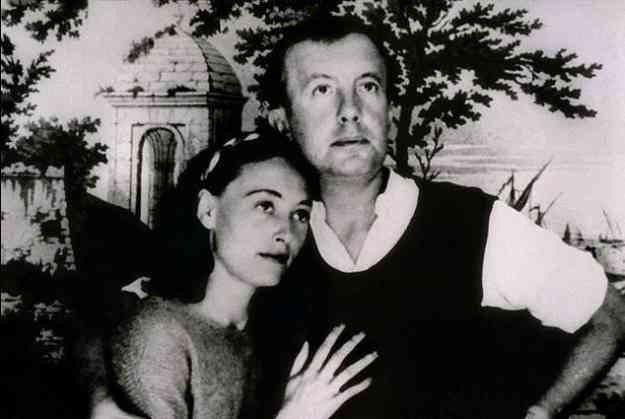 Originally the French author gave another title to his famous poem: ‘Une seule pensée’ was written in 1942 and dedicated to a woman. Éluard explained the poem in the following words:

“I was thinking of revealing at the conclusion the name of a woman I loved, to whom this poem was dedicated. But I quickly noticed that the only word I had in my mind was the word ‘Liberty‘. So the woman I loved embodied a desire that was greater than her. I was confusing her with my most sublime aspiration, and this word ‘Liberty’ is throughout my poem only to eternalize a very simple, very mundane, very specific wish, that of freeing ourselves from the Occupier.”²

French art as a symbol of peace 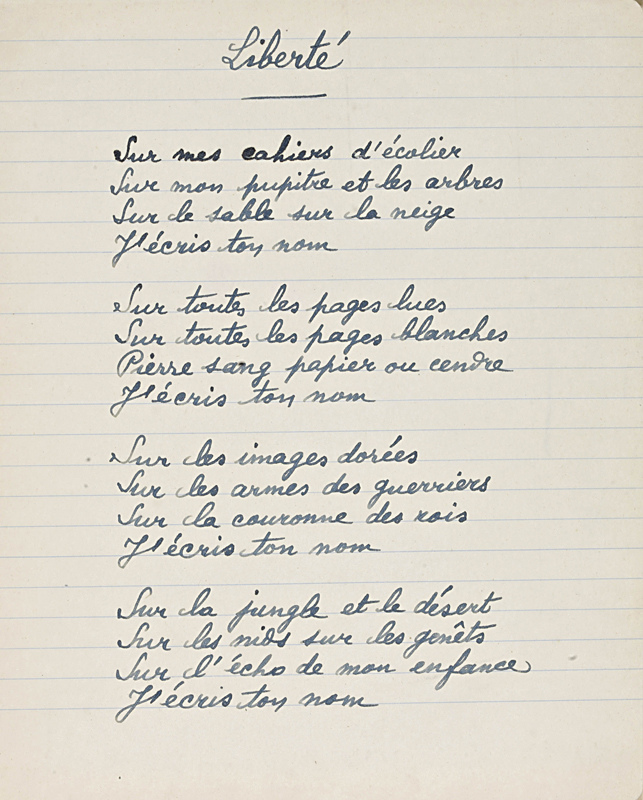 The poem was re-published several times in different underground collections. France was under Occupation and at the time, no one could even imagine the possibility of the poem one day not being censored.

In September 1942, it was published for the third time, in London, in the Gaullist publication La France libre.²

Several days later, thousands of copies of the twenty-one quatrains of the French ‘freedom poem’ were dropped by parachute by the Royal Air Force over dozens of occupied French cities and finally reached their readers to declare:

Image credits:
1. Paul Éluard, via Babelio
2. Poetry and Liberty 1942, via Espaciodali on Centre Blog
3. Éluard with Nusch, via Ecoute s’il pleut
4. Liberté, via ratak-monodosico on Tumblr