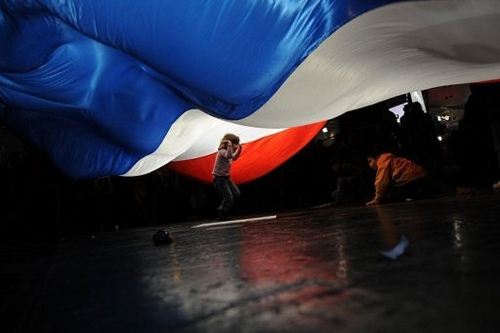 The 2012 French presidential election is underway. While there are ten candidates, the winner is most likely to come from two of the three higher profile candidates: the incumbent Nicolas Sarkozy (UMP) and François Hollande (Partie socialist); the third key candidate is Marine Le Pen (Front National).

French presidents are elected for a five year term and a president can serve for a maximum of two consecutive terms. The French president is elected by a ‘run-off’ voting system, which means that if a single candidate does not get a majority of votes in the first round, the two highest  scorers go into a second round1.

The main candidates and their parties 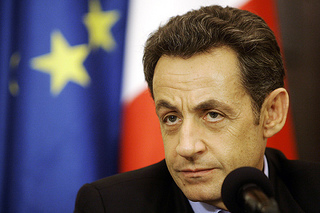 Nicolas Sarkozy took office in May 2007. He has held public office for most of his professional life – starting as a Mayor in 1983, serving as a minister in a number of governments, and finally taking the presidency.

He is not popular with the French public, and is seen as a publicity seeker. He has lately moved further to the right on issues such as immigration and nationalism to try and increase his appeal. He incited large protests when he introduced legislation to increase the retirement age from 60 to 62. National debt has increased under his watch but he is campaigning that his major competitor, the socialist François Hollande, will cause untold damage to the economy. The polls are indicating that he is at risk of not winning the coveted second term as the French president.

The Union pour un Mouvement Populaire (UMP) party is the main conservative party (centre-right), and one of the two major political parties in France. It is founded on the values of economic liberalism and the strengthening of Europe2. The party was formed in 2002 from the merger of a number of right-leaning parties and hence represents a broad range of political opinion3. 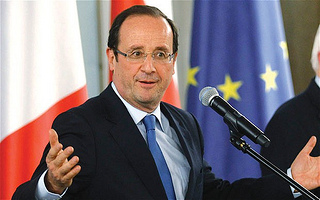 François Hollande is the socialist party’s candidate for the election. He was First Secretary of the Partie socialist from 1997 to 2008. He is campaigning on contemporary socialist policies, including separation of investment and retail activities in banks, tax increases for large corporates and the wealthy, and bringing the retirement age back down to 604.

He is the PS’s candidate after Dominique Strauss-Kahn had to withdraw from standing due to the New York sex charges.

The Partie socialiste (PS) (centre-left) is the other major political party in France. Its candidate, Francoise Mitterand became the first socialist president of France in 1981, and started on a socialist reform agenda. Mitterand backed away from further socialist measures in 1984, preferring to align with European integration. This caused a rift in the PS, and impacted their success in elections through the 1990s and 2000s5.

The party has consolidated under new leadership and is polling well in the 2012 election campaign6. 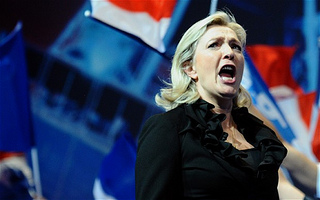 Marine Le Pen, the daughter of the controversial 2002 and 2007 presidential candidate Jean-Marie Le Pen, became president of the Front National party in 2011. Because of her youth and her forthrightness in expressing her views she has an elevated media profile. It is reported that her aim is “to expand the political influence of the FN …”7

The Front National (FN) party is an extreme right-wing party, and is most well-known for its anti-immigration stance. Founded by Jean-Marie Le Pen in 1972, he was its only president until his daughter succeeded him in 20118.

The polling (as at 18-19 April 2012) had Hollande ahead in four out of the five polls and equal with Sarkozy in the fifth. Both candidates are polling in the mid to high 20s on all polls. Marine Le Pen is polling 14-17%9.

Note: This article was prepared as at 20 April 2012, prior to the end of campaigning at midnight for the enforced blackout. It is intended as a high level overview to the process, the key players and their parties for those who are not familiar with the French political system. If you are interested in finding out more, click on the links throughout the article.