Living and working in northern Italy for the summer last year offered the opportunity for a few weekend expeditions over the border to France for a taste of the French life. 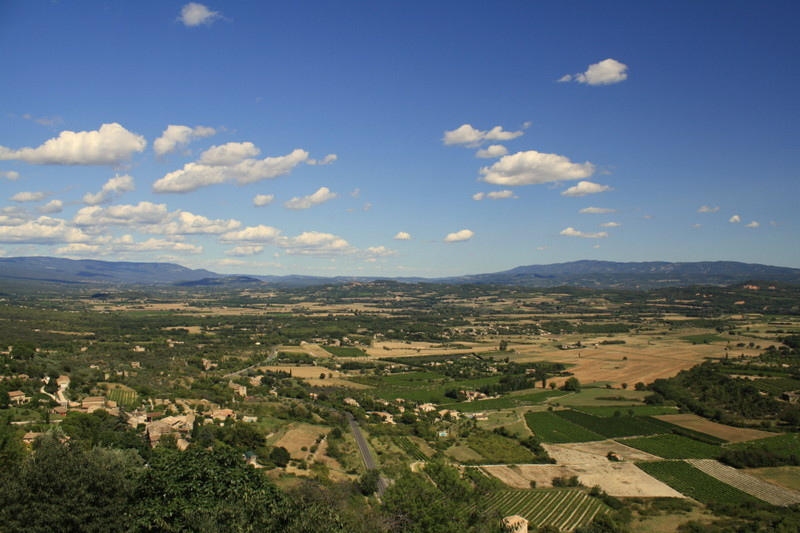 The second of these trips was a weekend adventure to Provence to meet fellow New Zealand expats on a tour de France in a Peugeot.

From l’Italie to la France

We took a  train from Ventimiglia on the Italian/French border to Avignon, our meeting point. The four hour journey passed quickly in a bright blur of coastline and cliffs wrapping around the Côte d’Azur. At lunchtime, the passengers around us pulled out lavish three-course feasts en masse, complete with table cloths and bottles of wine. We arrived in Avignon ravenous but raring to go.

By serendipity and lack of research, our visit to Avignon coincided with the Festival d’Avignon, a famous annual performing arts festival. The town was buzzing as we walked up the main street from the train station into the walled city. Posters plastered every vertical surface, advertising an array of shows en français. 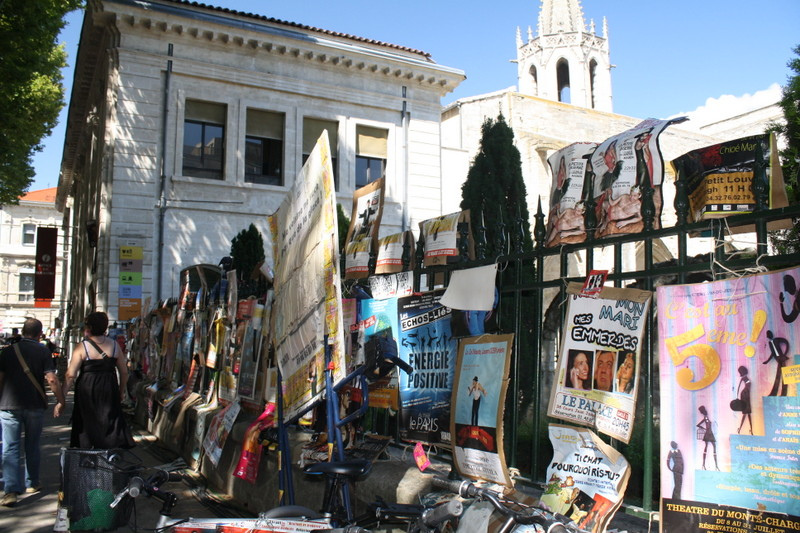 We ate baguettes at one of the packed street-side cafes and watched the parade of costumed actors singing, dancing and miming down the street to promote their shows that evening.

After lunch we navigated our way through the crowded old town, via a great bric-a-brac market, and around the medieval ramparts to the Pont d’Avignon. I was dead set on dancing sur le pont as per the song, but settled on dancing sous (under) le pont instead to avoid the cheeky entrance charge. 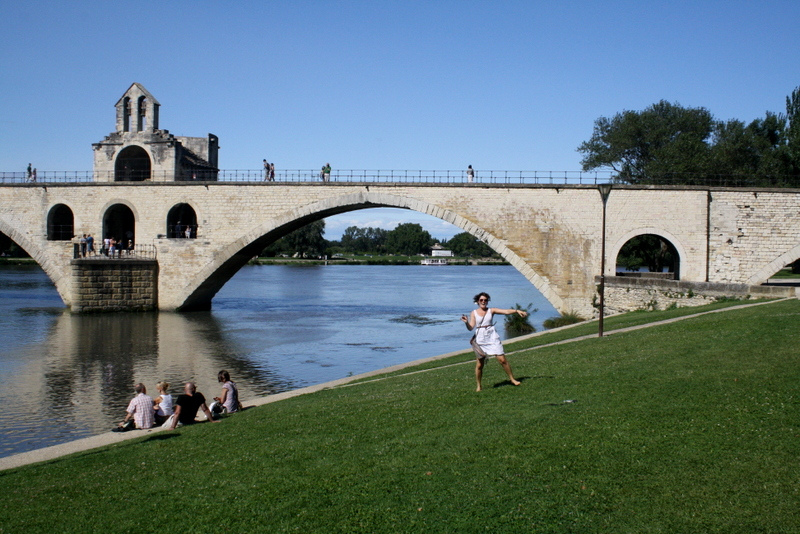 In the afternoon we drove through the countryside to L’Hermitage boutique hotel, a country house set in sprawling French gardens. We ate dinner in a nearby village at a cosy, twee little restaurant serving fantastic local food like fragrant lamb and lavender. 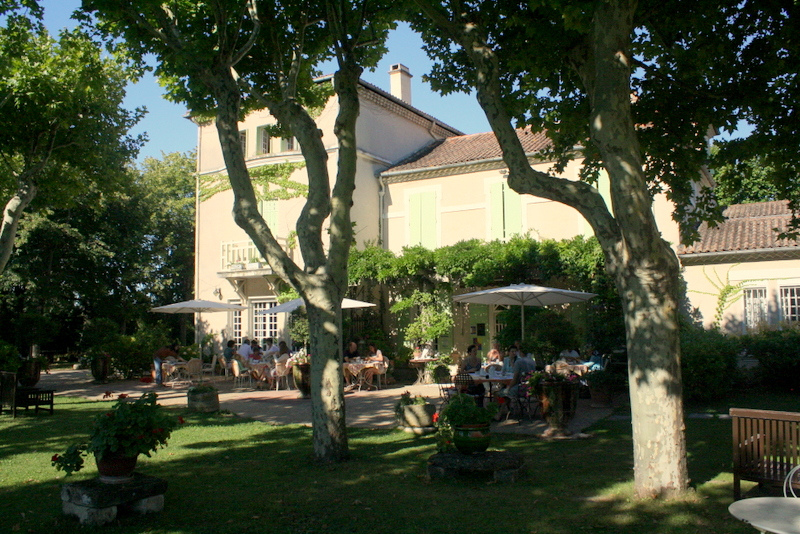 In the morning we gorged ourselves on pains au chocolat, croissants,and coffee on the terrace. We then headed north to the Pont du Gard, a UNESCO World Heritage site. 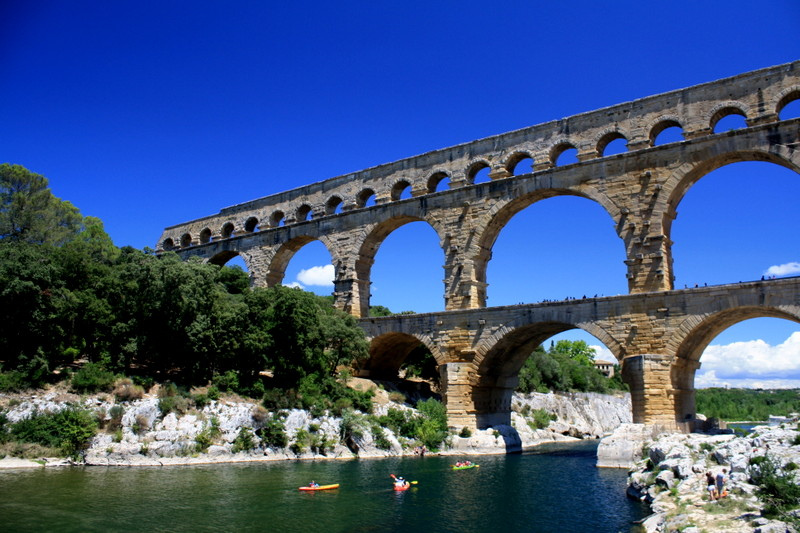 The grand and impressive bridge is part of a 50km-long Roman aqueduct running through the south of France, built in the first century AD. It was a scorching morning so,we took a plunge off the base of the ancient bridge into the freezing river below. Refreshed, we set off towards Gordes. The winding road to Gordes turns a corner and suddenly reveals a stunning stone village piled into the hill across the valley.

A Gem of southern France 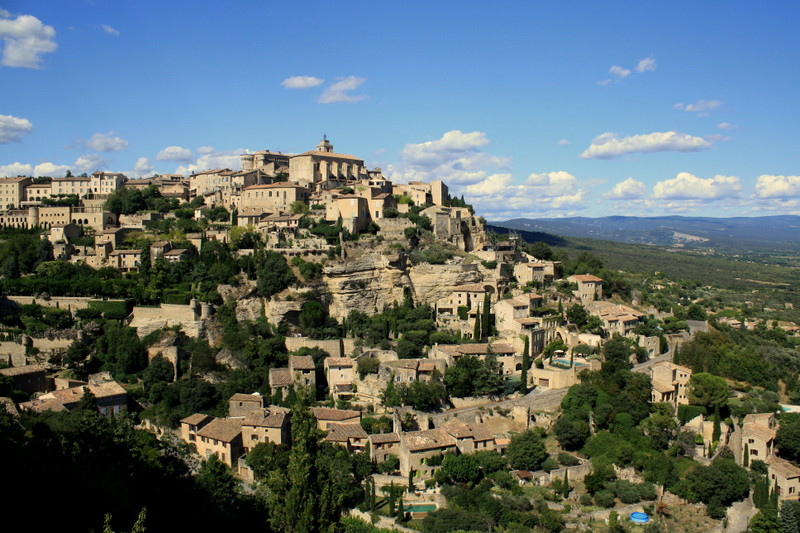 By its own admission Gordes is ‘one of the most beautiful villages of France’. In this case the self-proclaimed accolade is spot on. Set on a plateau, the village really is spectacular. We did a little shopping in the village, poked our heads into a beautiful church and climbed crumbling stone steps up to a panorama of the Provençal countryside.

As we drove back towards the Italian border, we had our final French encounter of the weekend: a family of little black boars crossing a forest road at midnight.

This is the second of a two part series about ‘weekends’ in France by Sophie. Read her first piece here.

All images are credited to Sophie Young.