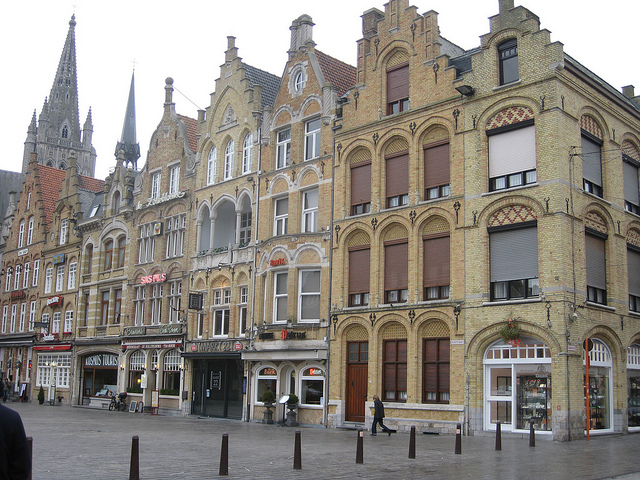 It’s like listening to someone while underwater, I think. No, not quite. It’s like… watching television while my mother is vacuuming. Yes, that’s it. Just enough comprehension to make it completely and wholly frustrating when I can’t pick out enough words to understand. Oh, and my neck is tired; I feel like I’ve been nodding for thirty minutes.

I smile back at the man grinning widely across the table at me; he reminds me of an actor, but I can’t remember who.

Since arriving in Mouvaux, a tiny town in the North of France, it feels as if it’s been weeks since my thoughts were clear. Writing in my diary last night, I became so convinced that I was misspelling ‘the’ that I gave up entirely and wrote ‘le’. Never mind that I wasn’t even sure that ‘le’ was the correct article. 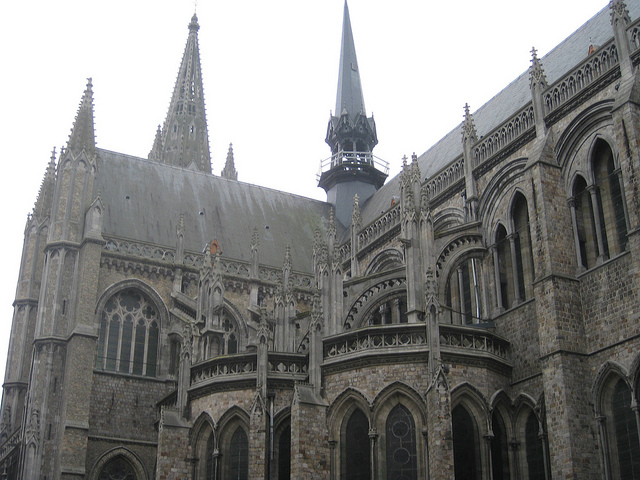 From the moment I had stepped off the plane, my entire head seemed to be filled with fog or cotton wool or jellybeans or something just as useless. It was frustrating for the girl who had always been ‘the smart one’. It’s important, when you’re one of three sisters, to have an identity. Here, mine was dangling by a thread, like the perpetually wiggling head of a bobble-head doll. I nod again.

« Chetrouve que tu comprends bien ? » It sounds like a question, but I can’t find the question in the sentence. I smile shyly. My host father grins again and reaches for the serving spoon to heap more potato gratin on my plate, but I’m stuffed.

« Pas encore, » I say. I’m as certain then that what I’m saying means ‘no more’ as I am ten years later that it doesn’t. It means ‘not yet’, which now makes the three-month cycle of M. Masurel trying to heap more food on my plate and my refusing him with a smile make much more sense. 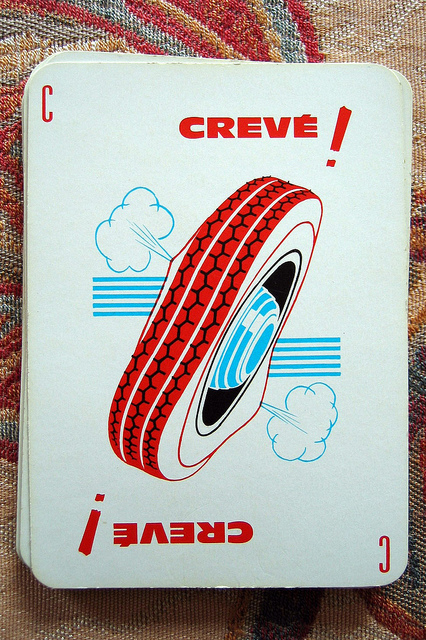 At the time, little made sense. If I had known just how little, I probably would have flown into a wild, frustrated rage. Instead, two weeks after my arrival, I wept wordlessly in the courtyard for want of an easy conversation. It was replaced instead with the dance of the morning bise to ten different girls, following people in a herd as they led the way into the classrooms and called out English words in my general direction, words that had no business being together – “New York!”, “Motocross?”, “I love you!”

Ten years later, French is nearly as familiar as my own language. I live my life in a combination of both: French and English, side by side.

“Can you pass the haricots ?” « Mais où est-ce que j’ai mis mon putain de purse ? » My boyfriend is French, my friends are both. My job is teaching English in a French company: « Bonjour » in the halls and “Hello” when we sit down to lessons. Today, either language or both is fair game. I sometimes forget  that my brother doesn’t speak French and babble for a few moments until I see he’s waiting patiently for me to notice. 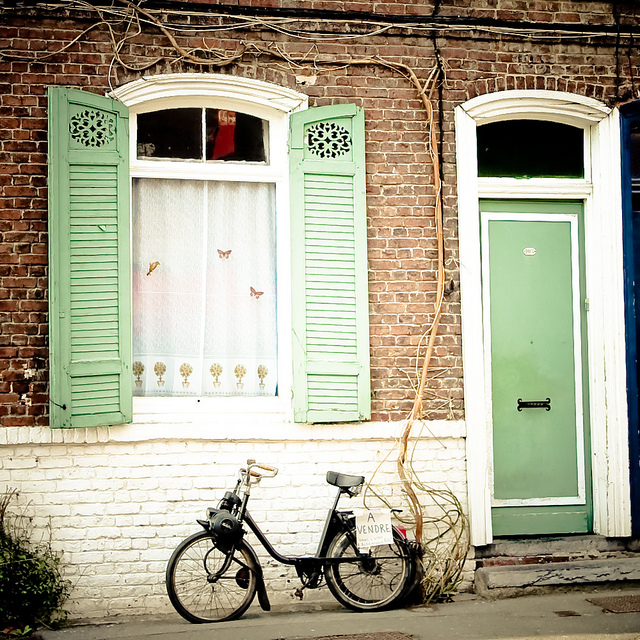 Mouvaux is a town that is notoriously grey. I don’t know if the sunshine in my memory is real or if it’s hindsight editing for effect. I walked into the kitchen that day; I said hello to my host sister.

We had a snack together and I think we talked about boys, or parties, or something else that didn’t really matter. What does matter was the thought that slipped through my consciousness as I bit into a piece of warmed bread with sucre roux sprinkled over it.