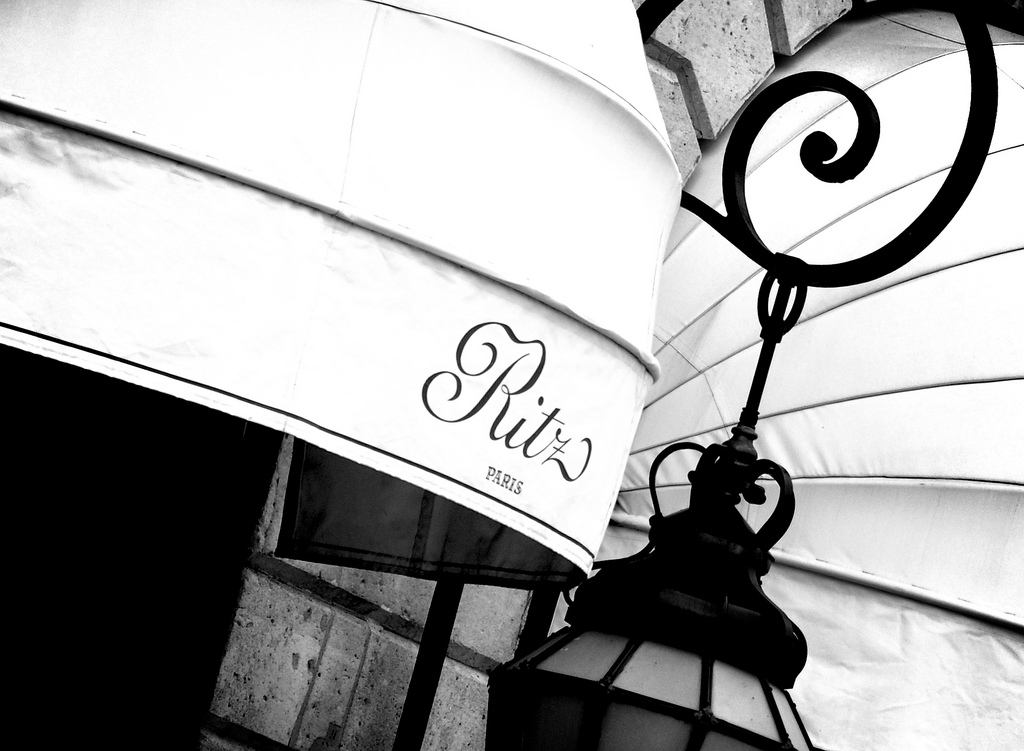 This summer legendary French hotel Ritz Paris is closing its doors to the public for a two-year renovation.

The Ritz is located in the 1st arrondissement on Place Vendôme, a square with a column in its centre erected by French Emperor Napoleon to celebrate the victory of Austerlitz. The Place Vendôme is home to many high-end designer and jewellery stores, a perfect backdrop for the relationship the Ritz has long had with the fashion world. 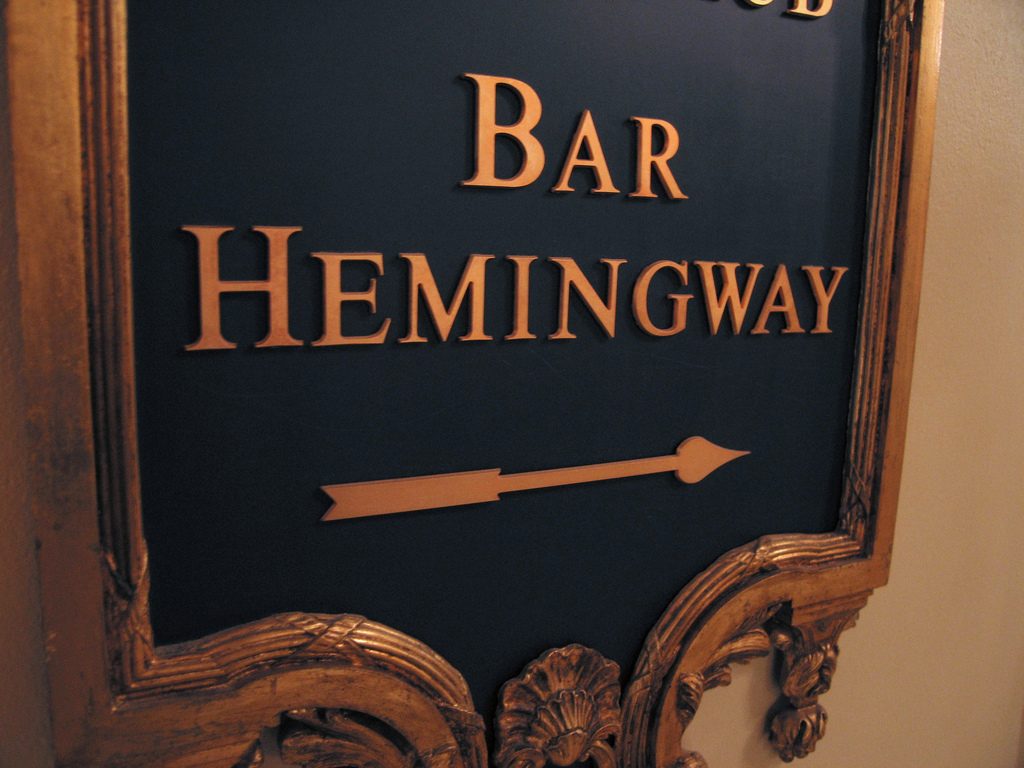 This landmark Parisian hotel has quite a rich history. Marcel Proust, F. Scott Fitzgerald and Ernest Hemingway were all regular guests and have immortalised the hotel in their writings. This is also where Princess Diana dined with Dodi Fayed, the hotel owner’s son, the evening they died in a car crash after leaving the Ritz.

For many years the Ritz has also been the favourite venue for the world’s top fashion designers to show their latest collections.

One French icon meets another 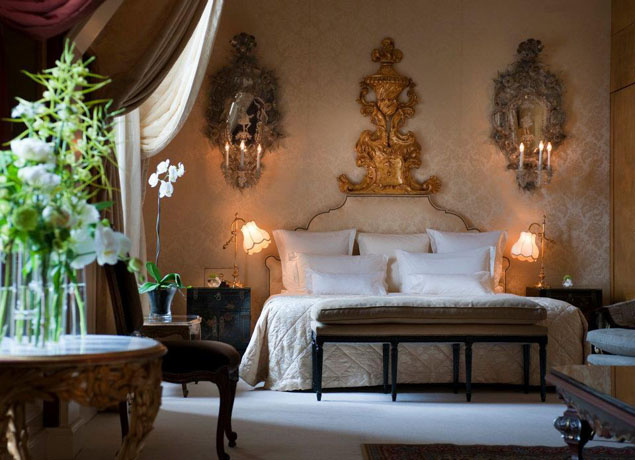 Coco Chanel called the Ritz «ma maison» (my home) for thirty years. She had a suite overlooking the Place Vendôme, which is still available to guests. According to the Ritz’s website it pays tribute to Mademoiselle Chanel’s personal taste and elegance with an exquisite interior including Coromandel lacquerware, rock crystals and large mirrors, some of the items Chanel collected.

Darker side of la vie française nni Versace has used the Ritz for all his Parisian couture shows and Donatella Versace staged her winter 2012 couture show in the poolroom. On 1st July this year, Atelier Versace, Donatella’s bespoke line, opened Paris Fashion Week. The collection was chic and sexy, true to the brand’s image, with mini cocktail dresses, golden trench coats and flowing chiffon evening dresses. This was the first time Versace had held a show in the Ritz since Gianni Versace’s last haute couture collection in 1997.

The Guardian UK printed that the last time Donatella saw her brother was in the Ritz hotel lobby just two days before he was shot dead. Donatella described herself as “ready to face [her] demons” earlier this year. In a statement she said “it is with tremendous emotion that I return to the Ritz where I shared so many special moments with my brother”.¹ 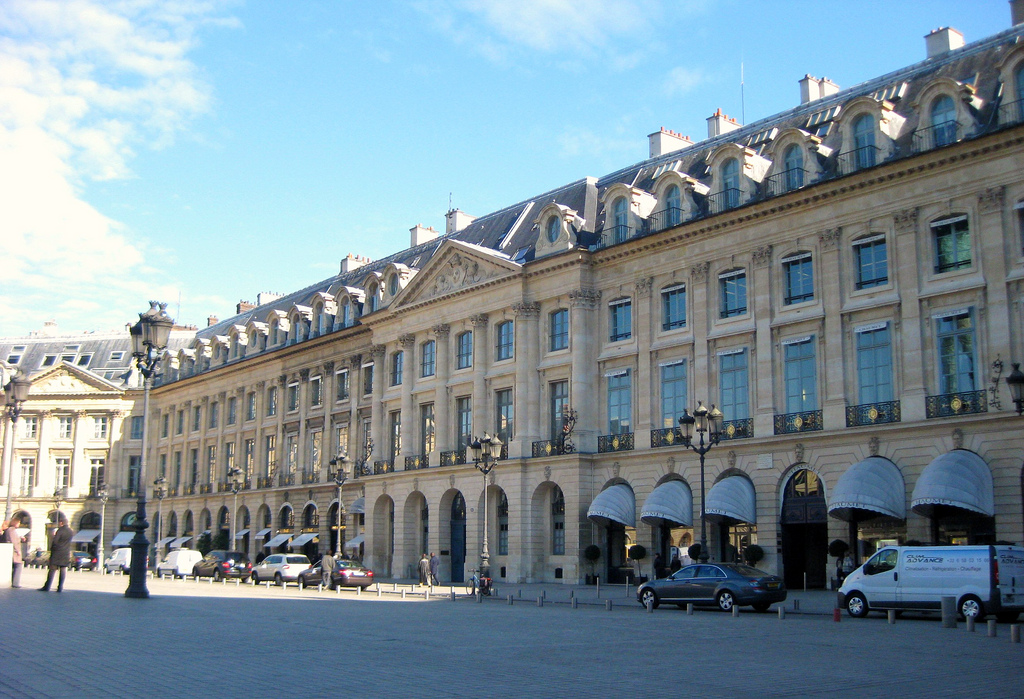 Now Vogue is recalling the glory and glamour of the Ritz with guest writers such as André Leon Talley and Amanda Harlech, who have a great affinity and history with the Ritz.

The article accompanies a stunning photo shoot by Tim Walker, aptly called ‘Checking Out: Kate Moss at the Ritz Paris‘. Kate Moss wears Givenchy haute couture and in the Vogue article she recalls her own history of staying at the Ritz with former boyfriend Johnny Depp.²

As far as fashionable celebrities are concerned, Anna Wintour, editor-in-chief at Vogue (US), has often been spotted in the Ritz. Indeed, in the successful movie ‘The Devil Wears Prada’, the character of Miranda Priestley (said to be based on Wintour) stays at the Ritz while she is in Paris.

For the fashion world, the closure of the Ritz will be a great loss, albeit temporarily. However, the 200-million-euro refurbishments will no doubt ensure an even more splendid venue for many haute couture shows to come!