Glanum, the remains of an ancient French village 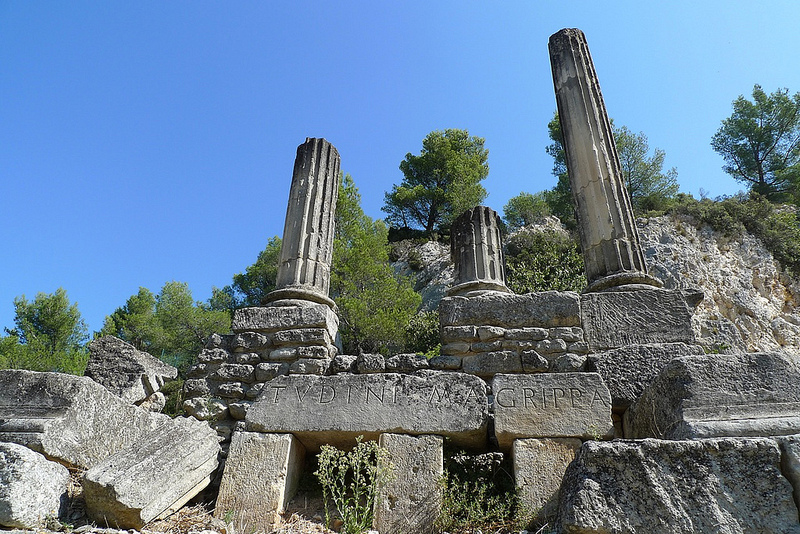 St. Rémy de Provence is a bustling town. Much of the old section is pedestrian and shopper friendly.

The narrow, cobbled streets are filled with stores and galleries, offering tempting wares. Foodie types love St. Rémy for the wide variety of dining experiences, from Michelin-starred restaurants to lively terraces offering pizza. It is not uncommon to catch a glimpse of film stars and other famous types dining in the local cafés. Many years ago, this French city did not exist. 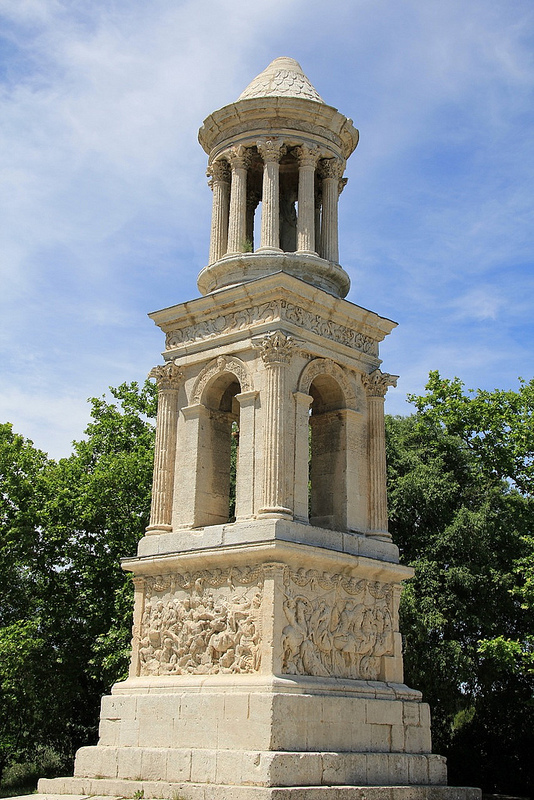 Glanum was not always considered French. It was once a strategic a Roman oppidum, protected by its fortified walls, which housed a flourishing community. The settlement stood on a hillside below the rocky crests of the Alpilles slopes. In 260AD, the Franks destroyed Glanum and the peasants were forced to resettle on the valley floor, the humble beginnings of St. Rémy de Provence.

Evidence uncovered from archaeological excavations, which started in 1921, confirm Glanum was actually built in three phases. Glanum I, the initial settlement by a Celtic tribe (the Salyens) dates from the Iron Age about 500BC. Their choice of the site Glanum was deliberate, with its easy access to water, building materials and higher ground offering some protection from attackers. The Celtics believed that the spring offered healing powers. 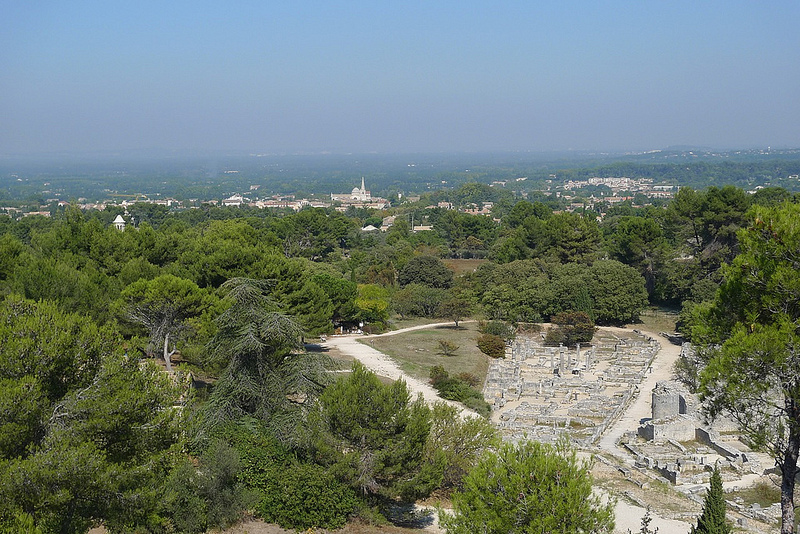 Roman rulers and Teutonic military occupation punctuated the time frame for Glanum II (2nd century BC); this was not a period of expansion. In Glanum III (1BC to 260AD), the final phase, the mighty Roman influence is evident as the first colony structures gave way to grander public buildings including the forum and baths.

Today, a road separates two well-preserved structures, the Mausoleum and the oldest triumphal arch in France – ‘les Antiques’ –  from the rest of the site. The Mausoleum stands 18 metres high, and the arch was once the southern gate of the community. Both are adorned with scenes commemorating the Roman influences. 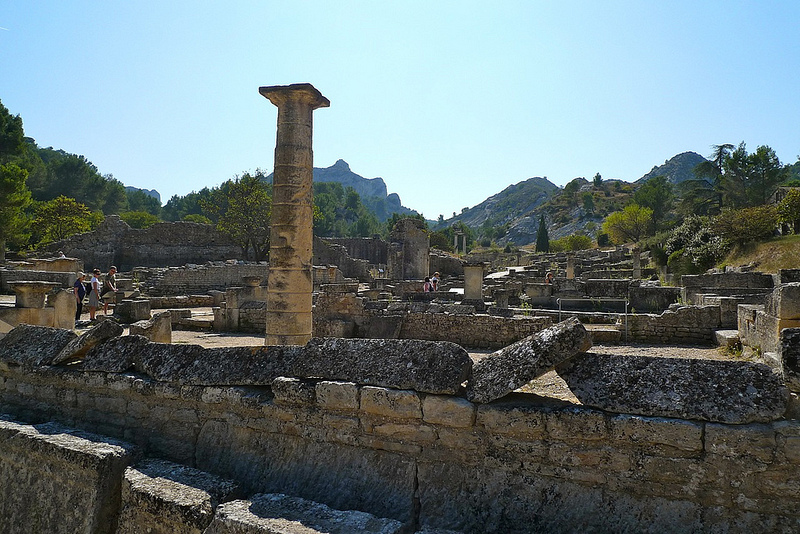 Stones from Glanum were used to construct buildings in St. Rémy, and the site was essentially left to rot as the ancient sewers and drains clogged with sediment. Excavations and restoration work occurred in several phases and still continue today.

Although Glanum was significantly smaller than other Roman cities like Nimes, Orange and Arles, the village was a prominent Roman cultural centre. If you visit make sure to go up to the highest point, for the panoramic views of St. Rémy and the Rhone valley.