The many faces of a French icon: la Dame de fer 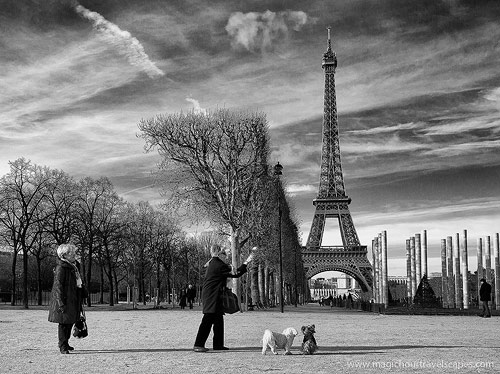 It’s one of those unforgettable moments on the big European vacation – the first time you catch sight of the Eiffel Tower. 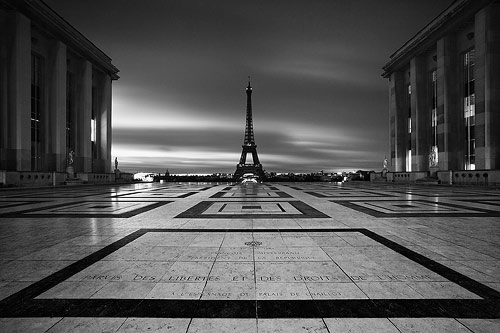 Whether dominating the view from Place du Trocadero or a mere spike punctuating the horizon in the distance at the top of Notre-Dame, the eye cannot help but be drawn to it. Perhaps the tower’s absence is the reason why I have always been indifferent about the view from the top. 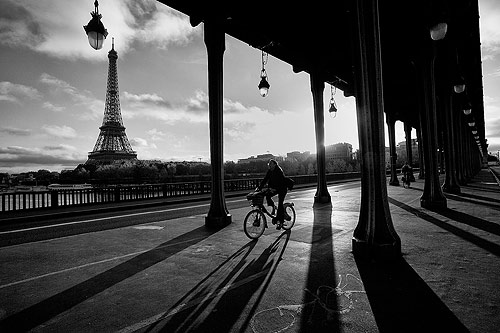 As a tourist you constantly look out for it on the horizon, either as a landmark for navigation or perhaps a reminder that you’re not dreaming but indeed are in Paris. With familiarity, its presence recedes in the consciousness. 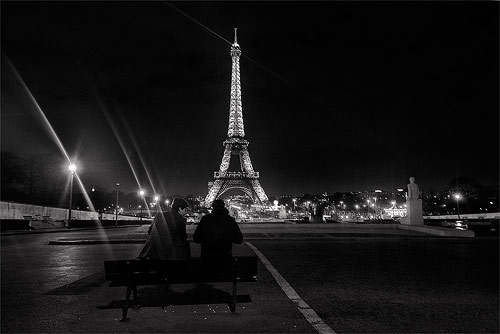 The tower becomes part of a fascinating set where the inhabitants: joggers, lovers, cafe society, street people, buskers, dandies and pets play out their parts. Over the past few years I have experienced la Dame de fer as a tourist, seasoned visitor and photographer. It has loomed large over me as my jogging circuit took me up the Champ de Mars, under its cavernous metal belly and onwards to Place du Trocadero. 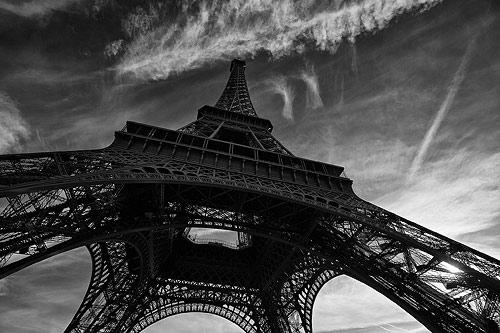 One morning, I created the illusion of that magnificent square being empty by using a two minute exposure. It turned people into invisible ghosts while recording the movements of clouds as they swept by the tower’s resolute frame. On other occasions it has loomed in the background as an elegant counterpoint to the everyday: retirees on an afternoon stroll with their dogs, commuters traveling to work and friends enjoying a discussion in an actual empty square late at night. 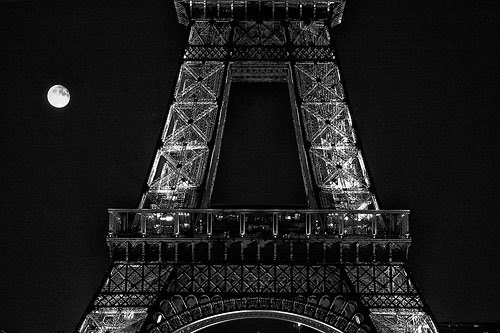 No doubt there will be many more observations to be made but I still recall my first. Fumbling with the controls of my first camera seven years ago, I somehow managed to make a decent exposure of the full moon rising behind the illuminated Tour Eiffel.