Navigating love in Paris: the problem with French men 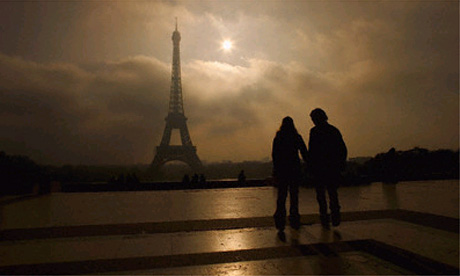 I’ve been thinking of Valentine’s Day today, and thankfully, we’re still several months away from the most depressing of days. But I’ve just had an argument with the British boy I’m seeing, and it’s got me thinking about Paris, France and the French approach to love.

You see, I like British men. I find them funny, sweet, charming, and genuine. But, what they really, really lack (according to me) is emotional sensitivity.

I like the British guy I’m seeing, and I want it to work out. But, sometimes he behaves in a certain way (or rather doesn’t behave in a certain way) and I just think, “wouldn’t it be nice to go out with a French man”.

Because the French, they’ve got the love thing sorted, right? 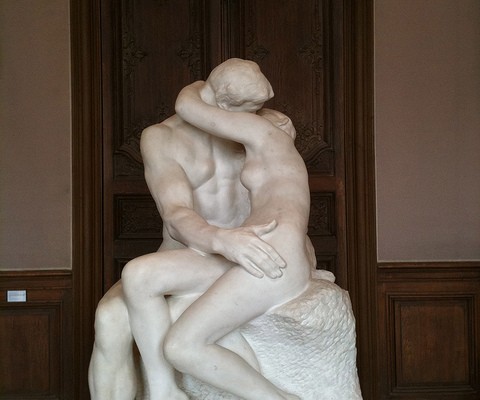 Yes, my French boyfriend would probably be skinnier than me, spend more time in the bathroom, and insist on wearing a silk scarf to all social occasions, but at least he’d be able to say « je t’aime ». Even if he didn’t mean it.

A stereotype, I know. But when talking about France and love, it seems difficult to avoid them.

Then there’s my neighbour, who I’m sure has at least three girlfriends. I can tell because he speaks different languages with them and, unfortunately, the wall between my bedroom and his living room is so thin that I can even hear him dock his iPhone.

Then there’s the food. Tiny, candlelit restaurants on every corner serving rich sauces washed down with a full-bodied red wine. And oysters! I can barely look at them they seem so disgusting to me, but aren’t they supposed to be an aphrodisiac? Unsurprisingly, the French love them. The saucy little beggars. 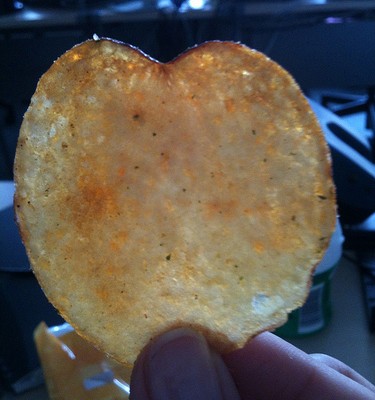 I even found a crisp in the shape of a heart the other day. Is there no stopping the French person’s quest for la grande amour? By the way, I sent a picture of the heart-shaped crisp to my British boy. His only comment was to ask what flavour it was. Sigh.

What about the language? The pronunciation of the words that make you pout the lips a little in a sensual way. « Oui monsieur, je prends un burger ». Watch someone saying that in French. I guarantee you’ll find it a little bit romantic.

Above all things, Paris says love. With its twinkling lights and beautiful sites (sorry about the rhyme), it is the most visited place in the world. And from the cacophony of kissing noises on the metro at weekends, one can assume it’s mainly couples who are visiting.

So, what do I do about my British boy? My (imaginary) French boyfriend would no doubt buy me roses and write a love poem to make up for our argument (albeit while texting another girl.) My British boy won’t give me that. But, at least he doesn’t wear silk scarves. There are pros and cons for everything, right?