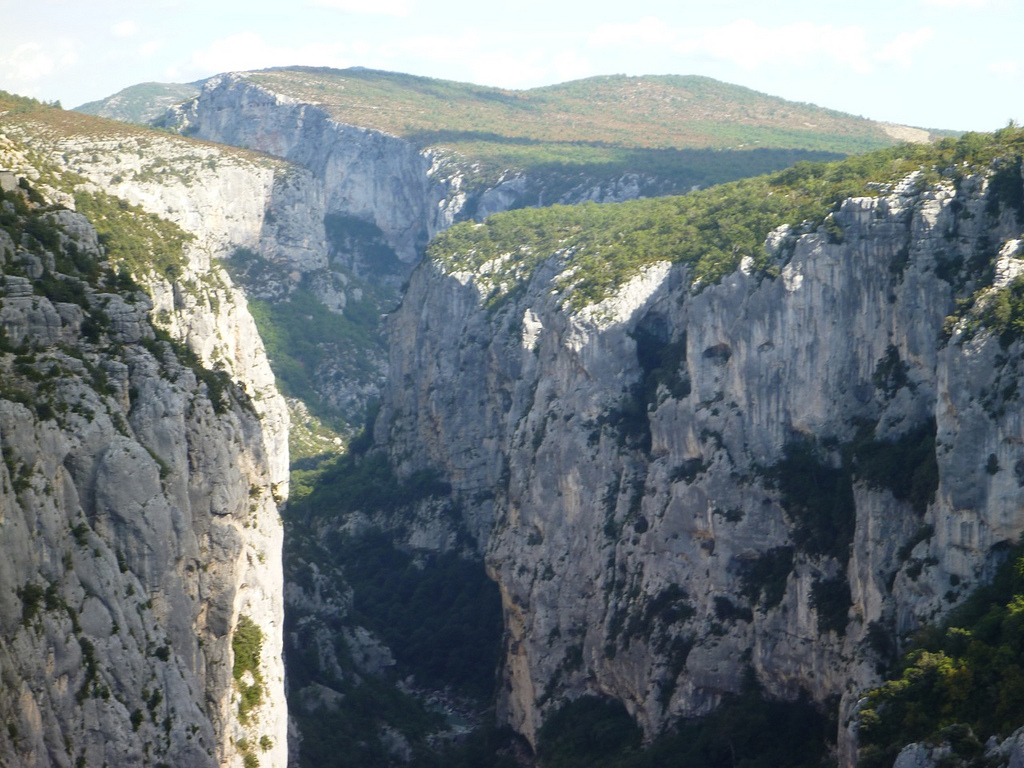 Need a reality check on the passage of time and how important you really are in the big scheme of things? If so, go and visit an ancient monument or a fabulous natural occurrence.

In France’s Provence region, one good example is the Gorges du Verdon. The turquoise-green Verdon River cuts a meandering path along the steep, limestone cliffs. The length of the gorge is roughly 25 kilometres, and at certain points, the cliffs reach 700m (2,300ft) in height. This magnificent area is sometimes referred to as the ‘Grand Canyon of Verdon’, due to the natural chasm formed by the Verdon River.

The Gorges du Verdon is certainly extraordinary, but the comparison to the Grand Canyon might be an exaggeration. The mighty Grand Canyon is simply enormous at 446km long, 29km across at its widest point and reaches depths of 1,800m (6000 ft). 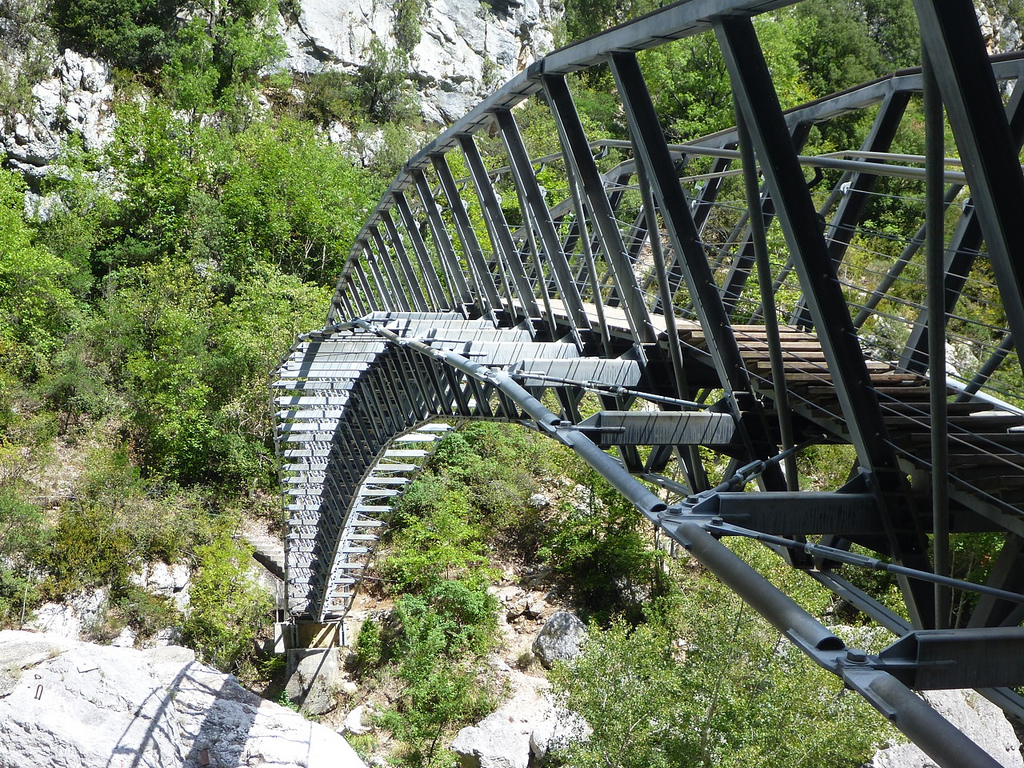 The regional park of Verdon (Parc Naturel Régional du Verdon) incorporates 43 towns. It has only been officially designated as a park since 1997. However, there has been recorded human presence in the area for 30,000 years.

With the passage of time, Moorish invasions, the plague and economic challenges have all impacted the small villages and local residents. All the while, the Verdon River has continued to mark its course, creating unique rock formations like the Styx. The Parc Naturel Régional du Verdon is a paradise for sporty types by offering a range of activities such as: hiking, climbing, kayaking, canyoning, mountain biking, and paragliding. 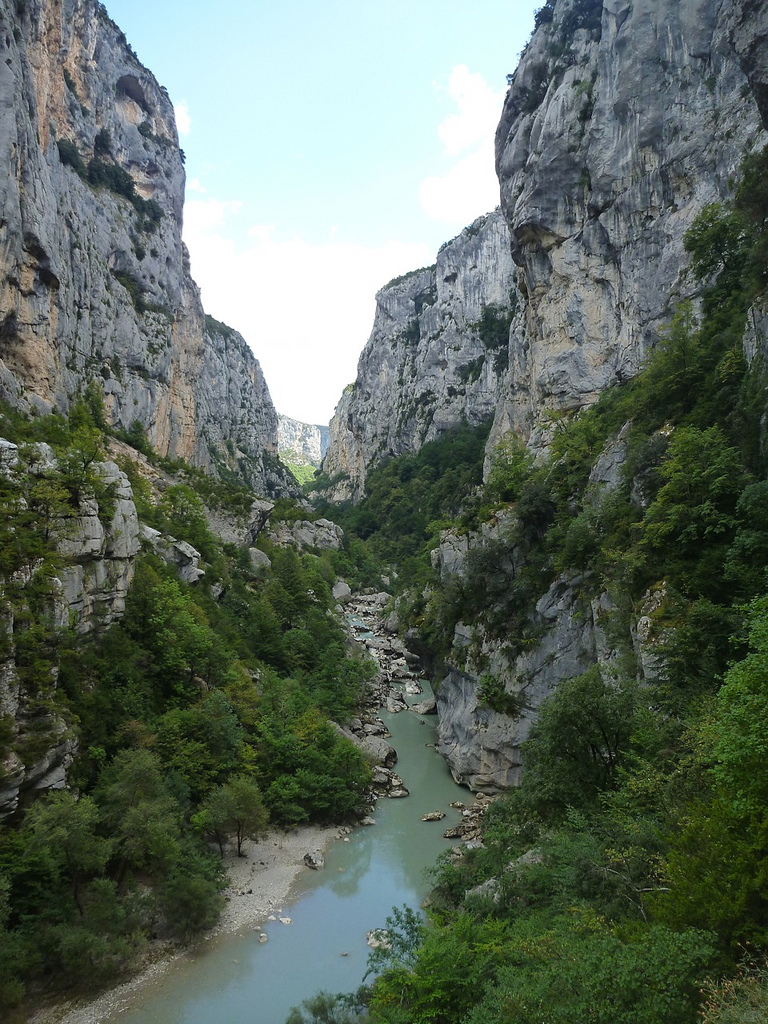 One of the popular towns in the area is Moustiers Saint-Marie. This town has been a pilgrimage site since the 5th century. Although there are several churches, Notre Dame de Beauvoir is the most iconic, located on the hill above the town.

The village is also a pilgrimage site of sorts for those looking for the famous faïence ceramics. There are over 30 stores and workshops in a small geographic area. Faïence ceramics are tin-glazed pottery originating from Northern Italy. The methodology was first brought to Moustiers Sainte-Marie in 1668 and the tradition continues today.

Moustiers Sainte-Marie sits on a ridge below steep cliffs; the setting is beautiful, and the pedestrian-only streets are attractive. However, this is a place that clearly caters to tourists – by the busloads – so you should not expect a peaceful, solitary visit. 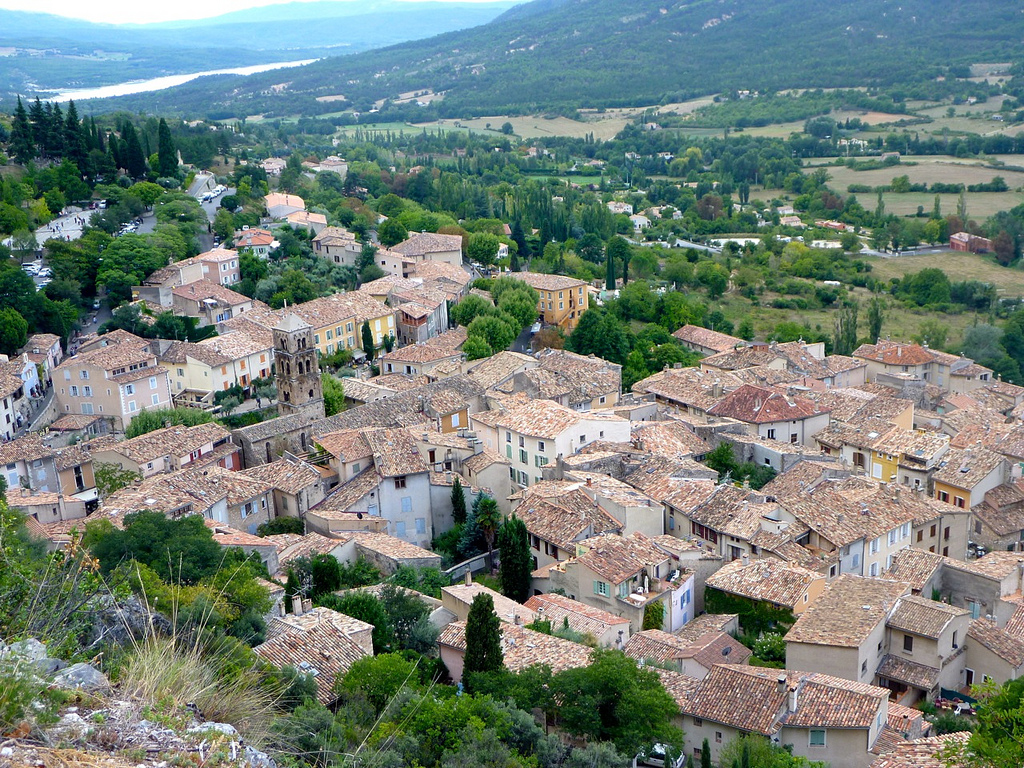 Our plan was to walk the Sentier Martel, which is the classic 15km hike on the Verdon. However, as they say, ‘plans change’ – the trail had closed the day before for seasonal repairs. The good news is that there are lots of trails to choose from, depending on your energy level and ability. We decided on the Sentier de l’Imbut, a 10km trail that is a close rival to the Sentier Martel, for vistas and unusual rock features. The trail can be accessed from both sides of the gorge. It can be done as an out-and-back walk or as a loop.

We were fortunate to hike on a cloudless, windless day. The hike was certainly challenging enough: it took us 6.5 hours to complete. The route included ladders, ledges, ropes, and steep ascents.  With the sun setting on Lac de Sainte-Croix as we headed back to the hotel, it had been a dream day at the Gorges du Verdon.