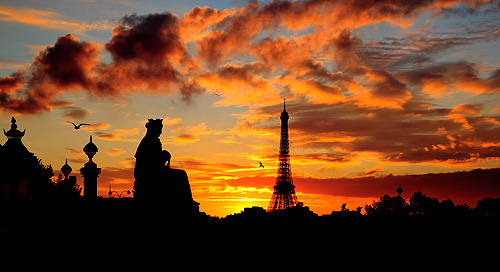 As a photographer, the panoramic format has never really appealed to me.

Perhaps it was the limitation on creating compelling and complex foregrounds that could make the viewer feel he or she could step into the scene that put me off.

Or maybe I thought it was too difficult, after all many of my friends who shot panoramas used pieces of fancy gear to ensure that their lens travelled through the correct axis. It certainly didn’t help that when viewed on computer screens, their shrunken dimensions left a lot to be desired.

Despite all this, something about my last couple of visits to France and in particular Paris inspired me to delve into the world of panoramic photography. There’s no doubt that the wide elegant spaces lend themselves to this wide format.

There are three main methods of creating panoramic photos :

1. Use a panoramic film camera.
2. Crop a single exposure to a panoramic format.
3. Shoot a series separate frames and use software to stitch the images together.

I’m relatively new to photography and don’t even know how to load film, let alone own a panoramic film camera, so the first idea was out.

In these days of high resolution digital cameras with whopping megapixel counts, the second option is a simple and viable option. However it is ultimately limited by the width of the focal length of your lens and you’re not truly achieving a panoramic perspective.

Hence method number three has become the gold standard for creating panoramas. Many photographers who take this format seriously invest in specialised equipment to make sure their lens travels through the nodal point when rotating the camera around. This is to ensure that the frames align when stitched together.

2. How can I avoid an overloaded camera bag?

Since I was loathe to add to my already overloaded camera bag, I started to experiment with what gear I had. I kept it simple, shooting a series of frames in portrait orientation with my wide angle lens, often by hand rather than set up on a tripod.

I would mentally divide the scenes into thirds (foreground, midground and sky), trying to keep the proportions uniform across each frame.

More often than not, using stitching software, the images would join together seamlessly. My panoramas frequently consist of 8-12 (21 megapixel) frames so the amount of detail rendered in these massive files is immense. 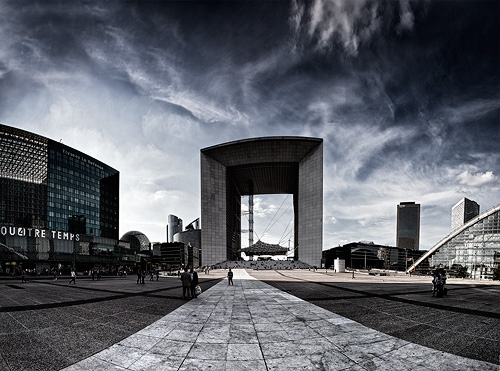 You don’t necessarily have to use a digital SLR to do this either. A camera phone works well too. Just shoot the frames in portrait orientation. Since the depth of field is usually quite shallow with phone cameras, try to lock your focus on points a similar distance away from you.

As a result of these ‘experiments’ in Paris, I’ve become quite confident in my ability to produce panoramas. The option of being able to produce a novel perspective on frequently photographed locations has since been proven to be welcome addition to my imaging toolbox. 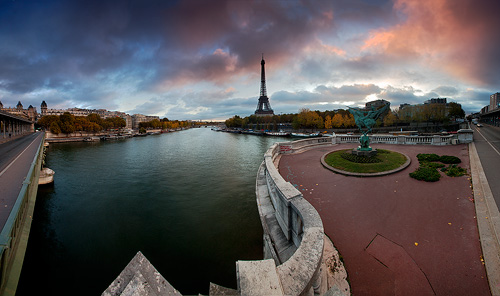 Do you have any top photography tips and tricks for other travellers?