The unexpected side of France: a weekend in the Villa-Cheminée near Nantes

Decked out in red and white, the chimneys of Cordemais tower above the Loire. One of them in particular, standing a bit further back, attracts visitors’ attention – right at the top of the chimney, a small brightly coloured villa, complete with a garden, overlooks the Loire and the neighbouring marshes.

A product of the mischievous humour of a Japanese artist, the Villa-Cheminée (Chimney Villa) is the only one of its kind, welcoming visitors looking for out-of-the-ordinary holidays.

It was only in 2009 during the Estuaire festival that the Japanese artist Tatzu Nishi, strongly inspired by Jules Verne, took up the crazy feat of building a little house with a garden above a fake chimney. An unexpected challenge to be sure, but one met with flying colours.

The Villa-Cheminée: a clash between two worlds 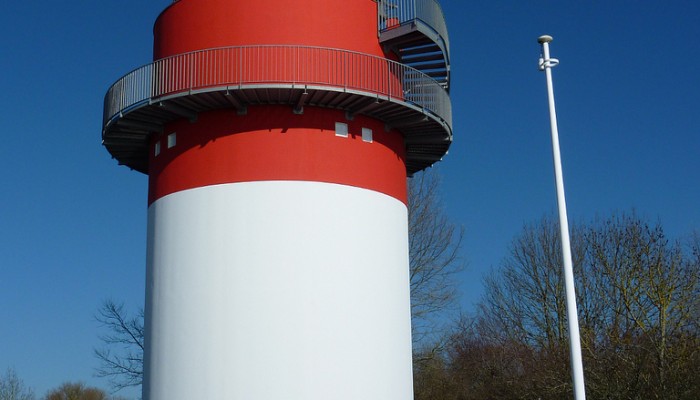 It was on a cold but sunny Sunday that my family and I finally arrived at the foot of the famous chimney. One can’t help but feel quite small in front of this 15-metre high replica, which is itself minuscule compared to the real chimneys.

Perched on the top of a fake chimney, the Villa-Cheminée, a replica of the Battersea Power Station, stands in an almost perfect alignment with the nearby Electricité de France (Electricity of France) power station, dubbed the ‘castle of fire’.

Located in a secondary branch of the Loire, between marshes and the countryside, the wind can sometimes start to blow strongly here. We feel the biting kiss of the icy wind but we quickly forget it. The rays of sunshine, which set alight the estuary, offer a stunning landscape, suited for meditation. It’s the ideal place for those in search of a little corner away from the rest of the world. Only the cries of seagulls interrupt our thoughts. 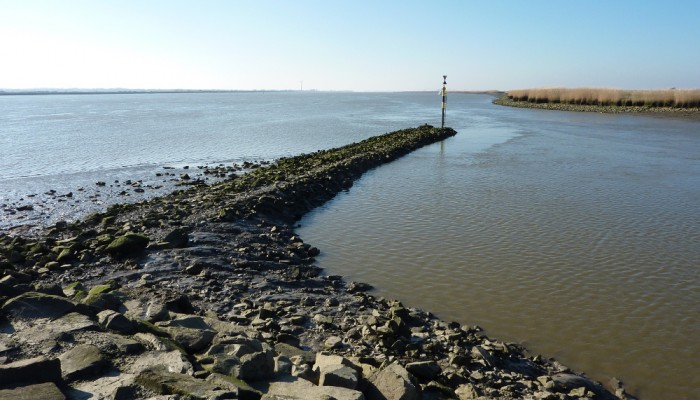 Built on a stretch where the horizon extends as far as the eye can see, the Villa-Cheminée symbolises the clash between horizontality and verticality. Playing with perspective and the mirror effect, the artist brings us to the far reaches of our dreams, inviting us to spend a night or two with our heads in the clouds.

Extend your visit with the Cordemais power station

A few metres away, the Cordemais thermal power station organises tours to immerse you in its heart and history. In 2009, the station launched its public information centre, consisting of 300 square metres of lively interactive activities to help you learn more about the plant and its operations, as well as better understand the means of electrical production. 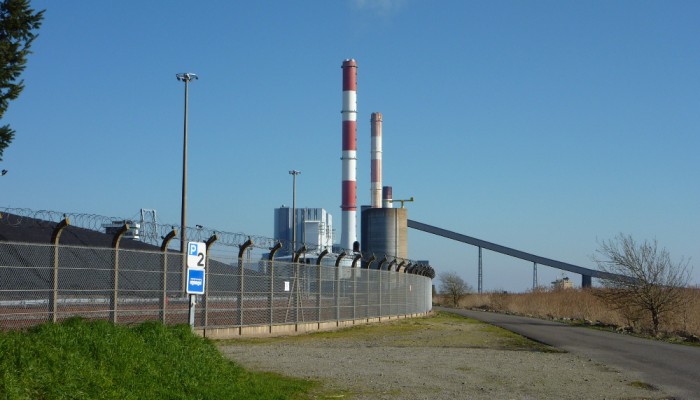 Temporary art exhibitions also take place. The first, titled ‘Coeur de nature en France’ (the heart of nature in France), is arranged outside on the road leading to the power plant. Photographs measuring 1.8×1.2 metres come from a collection of 1500 photos. They will be changed every three months until summer 2013. 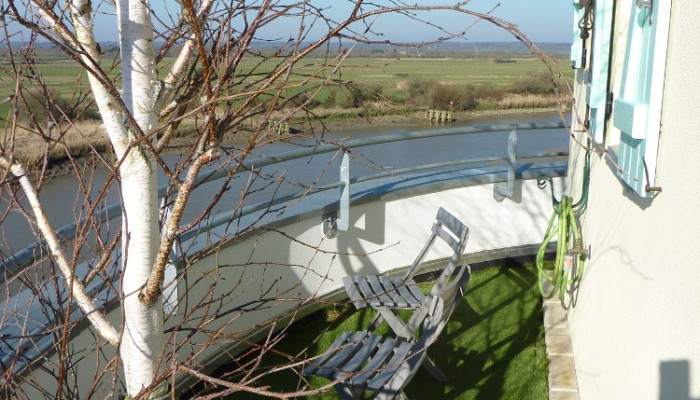 You are able to spend between one to seven nights in the villa, alone or as a couple (no more than that, as there is only one room in a total area of 32 square metres). At ground level, there is a fitted kitchen as well as a fireplace that works in winter. On the second floor is the bedroom furnished with a double bed. The price for one night is between 95 to 115 euros depending on the day, breakfast included.

Be sure to book in advance, the place is a victim of its own success!