On French wine: how much is too much of a (really) good thing? 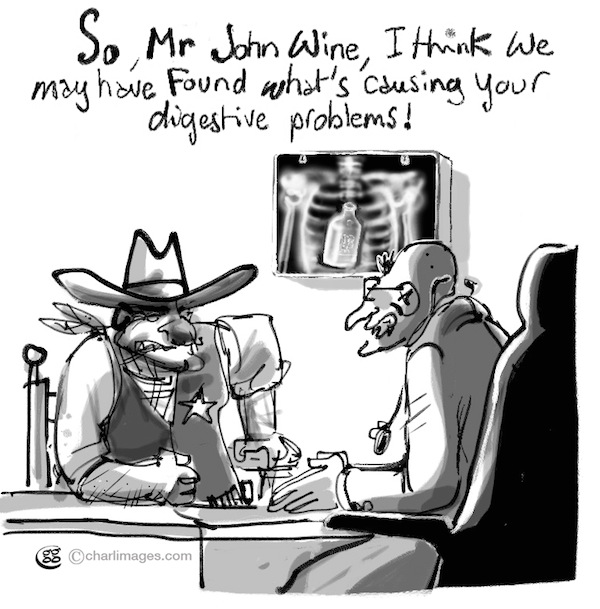 ’m an honest kind of guy. In the course of my 50-some-odd trips around that big hot yellow thing in the sky, I have learned that telling the truth is nearly always the best way to go.

Yes, it’s nearly always best to tell the truth. But the key word here is ‘nearly’…

How tall are you? “With or without hair gel?”

How much do you weigh? “Before or after blowing my nose?”

What childhood diseases have you had? “The usual: mumps, measles, chicken pox, Weltschmerz and paste poisoning.”

“I drink to moderate excess. But I am also aware that, in France, this probably qualifies me for a temperance medal.”

Are you currently taking any medications? “What, like right this second? No, not really. Not exactly.”

Do you smoke? “Not at room temperature.”

Have you ever been convicted of insurance fraud? “Did you say ‘indicted’ or ‘convicted’?”

Then I came to the section on alcohol consumption.

But when it comes to French wine, is honesty reallly the besht  p-policy?

The question was “How much alcohol do you drink per day?” So, being honest, I told the truth: 50 centiliters of wine.

This corresponds to four glasses, which is my average daily intake. I am aware that this is (just) over the recommended limit for men of three glasses per day, which means that I drink to moderate excess. But I am also aware that, in France, this probably qualifies me for a temperance medal.

I like to drink, but only in the evening. The last thing I want with lunch is a Martini, let alone three, and I cannot comprehend how those guys you see in cafés belting back a bolt of Muscadet before work in the morning can stomach the stuff at 8am. Unless they’re polygraph operators doing an A-B comparison… 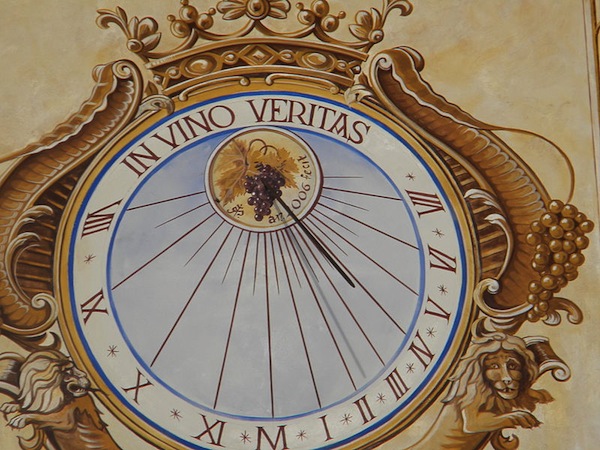 So on most days I have four glasses around dinnertime and that’s it. Sometimes three, sometimes five, rarely less and rarely more. This is the truth. Honest!

But after I had signed, sealed and had the postman deliver my questionnaire I started wondering: is the insurance company going to believe me?

I have heard, more than once, that doctors routinely double whatever figure their patients give them for their alcohol imbibition, figuring that everyone tries to downplay their wanton, unbridled boozing when talking to a healthcare authority.

So I had to wonder if the insurance oddsmakers were going to look at my answer and presume that I funnel-chug a liter (well over a full bottle) of wine every day, which would put me in a pretty high-risk category and probably alter the terms of my coverage.

On the other hand, c’est la France. Maybe, along with my elbow, the rule can be bent.

But then I got to thinking about how most limits are set artificially low. Like for instance, the expiration date on a yogurt jar is always a few days or even a week before the contents will actually go bad.

And the gendarmes don’t usually stop drivers for going less than five kilometers per hour over the speed limit. And the tax office won’t punish you for underreporting less than about a third of your income. Or at least that’s what my former business partner said.

There are many examples, but overall, I’d say the added margin in these cases averages about 17%.

“On most days I have four glasses around dinnertime and that’s it. Sometimes three, sometimes five, rarely less and rarely more. This is the truth. Honest!”

My own French doctor has told me (this is true) that he personally drinks half a bottle of wine with lunch and another half with dinner. From this I draw two conclusions:

1) Since he usually schedules surgery for the early afternoon, I guess it’s a good thing that he doesn’t do circumcisions, and…

2) There may well be some credence to the six glasses principle.

Since this website can be viewed by anyone with eyes and an ISP, including the underaged, the gullible, the impressionable and the humor-impaired, I must insert a public service disclaimer at this point:

To readers who might be tempted to think I am actually asserting that a whole bottle of wine a day is healthy: this is true in exactly the same sense that an 11-year-old’s nostrils can accommodate five Monopoly pieces. Including the top hat.

Now then, applying the apparently universal principle of the artificially low limit, we take three, which means six, and add 17% to get an actual maximum of (3 x 2) x 1.17, which equals just over seven. Less than one glass shy of a full liter.

So I figure I should be OK no matter how the French insurers interpret my questionnaire. But from now on, whenever anyone asks me how much alcohol I drink, I’m going to say 3.419 glasses of wine a day, which, applying the above formula, comes out to an actual figure of eight, which is my true consumption.

Oh yeah — I should probably mention: that thing I said earlier about four a day? I was lying.

The wine, the pastry, the rich food… What are your favorite French vices? I mean indulgences? I mean pleasures? I mean necessities? Join the confession – we mean conversation – in the comments box below.