Your guide to Guignol: the historic puppet who charmed France 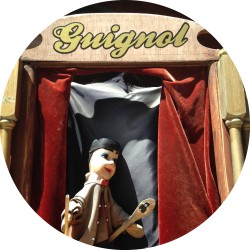 While the nation’s favourite puppet fills theatres with laughter and smiles throughout France, the story behind Guignol began in the streets of Lyon.

It all begins over two centuries ago. Laurent Mourguet, an unemployed silk worker, has a family of eleven hungry mouths to feed. Taking up dentistry – or rather, pulling teeth in the streets – he uses an unusual method to distract his clients from the dreaded pliers. His Polichinelle puppet may not numb the excruciating pain, but attracts crowds of curious onlookers. 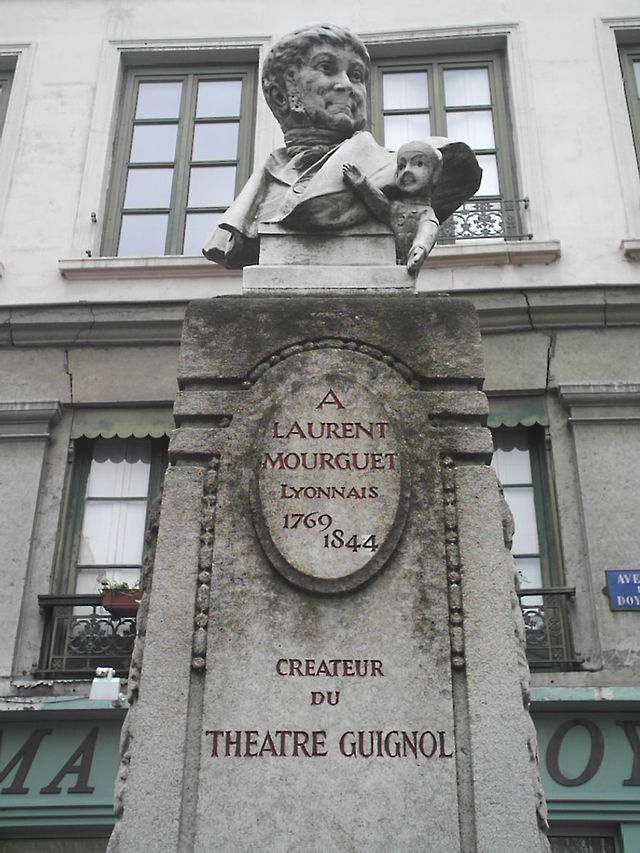 With more of a gift as a puppeteer than dentist, Laurent decides to create a typically Lyonnais alternative to the classic Italian puppet model. And so, in 1808 Guignol was born – and has been making mischief ever since.

Guignol is unmistakably French, although the Lyonnais will always remind you that he is a son of Lyon. The city’s stubborn independence and history of rebellion, from the French Revolution to the Resistance during World War II, is reflected in Guignol’s roguish character. Initially used to poke fun at figures of power and express ordinary people’s grievances, Guignol’s satire and wit traces over two centuries of French history. 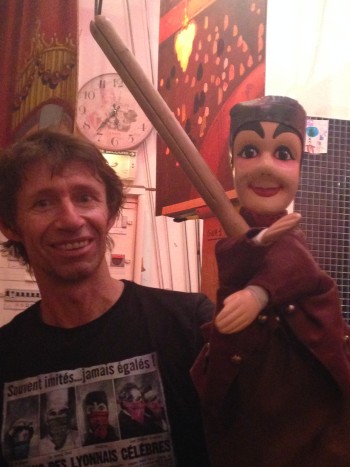 Adapting to modern day trends whilst preserving Lyonnais tradition, Guignol and his friends perform shows for children in four venues across Lyon. That is not to say that you have to be young or even French to be charmed by Guignol’s mischievous ways!

Adults will find themselves entertained by clever linguistic jokes and wordplay. If your French is a bit rusty, the slapstick plot often makes it easy enough to figure out what is going on. “Là-bas, là-bas!” the audience scream at Guignol, frantically pointing at the villain behind him.

Yves Sandeau and Julie Minakian, one of three puppeteer duos performing at the Théâtre la Maison de Guignol, bring the characters to life with energy and vibrancy all the while squeezed beneath the stage’s castelet décor. Yves is also a comedian but Julie fell into puppets through a rather different route. “I used to be an optician but got bored – a complete career change! I absolutely love what I do.”

A dying art in France 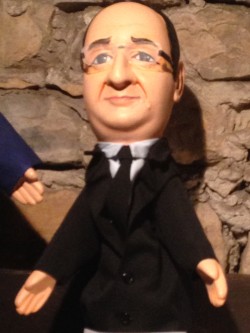 The Lyonnais puppet-making trade is being kept alive by award-winning craftsman Damien Weis. He is the official sculptor of Guignol puppets. From costumes to painting, each puppet is unique and made with the utmost detail.

“Damien is our only current sculptor but he is only 30 so it’s okay!” joked Loris Cardelli, manager of Boutique Disagn-Cardelli where the puppets are sold. You can even have your portrait done if you’d like to see yourself in puppet form.

In these days of game consoles and iPads, it seems astonishing that an over-200-year-old puppet is still pulling in the crowds. Guignol remains one of few fictional characters who is an integral part of France’s heritage.

How to discover Guignol in Lyon 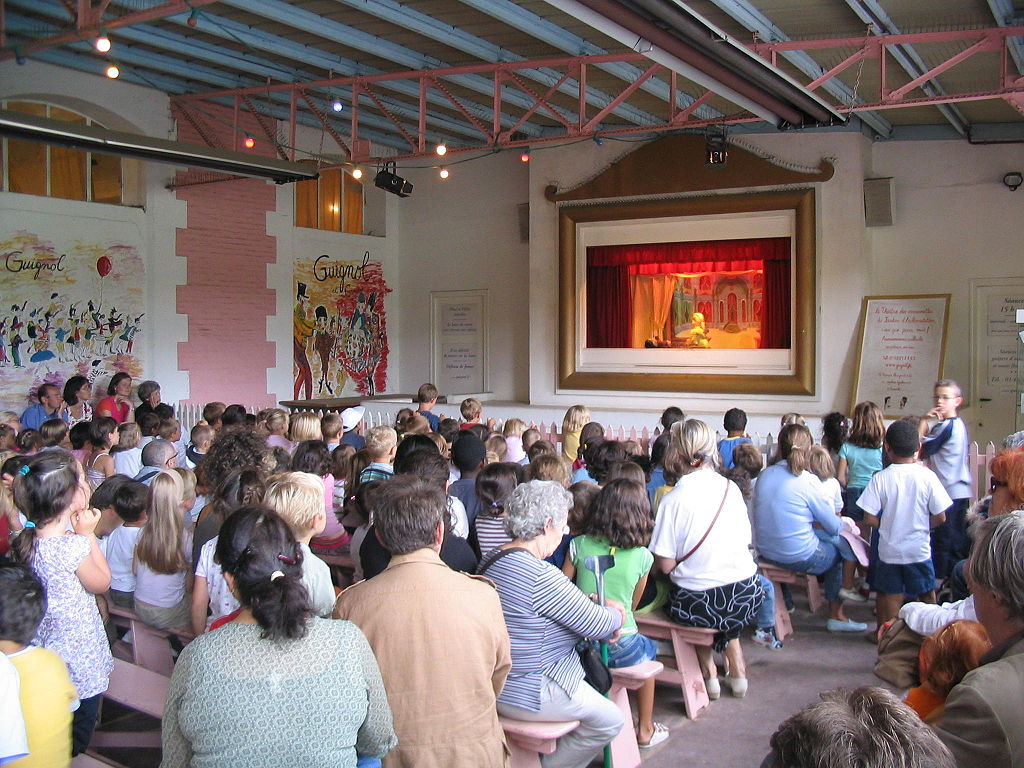 Shows run throughout the year at four venues:

Have you seen Guignol in Lyon? What did you think? Share your opinions with us in the comments section below.