Paris for kids: discover the magic of museum workshops 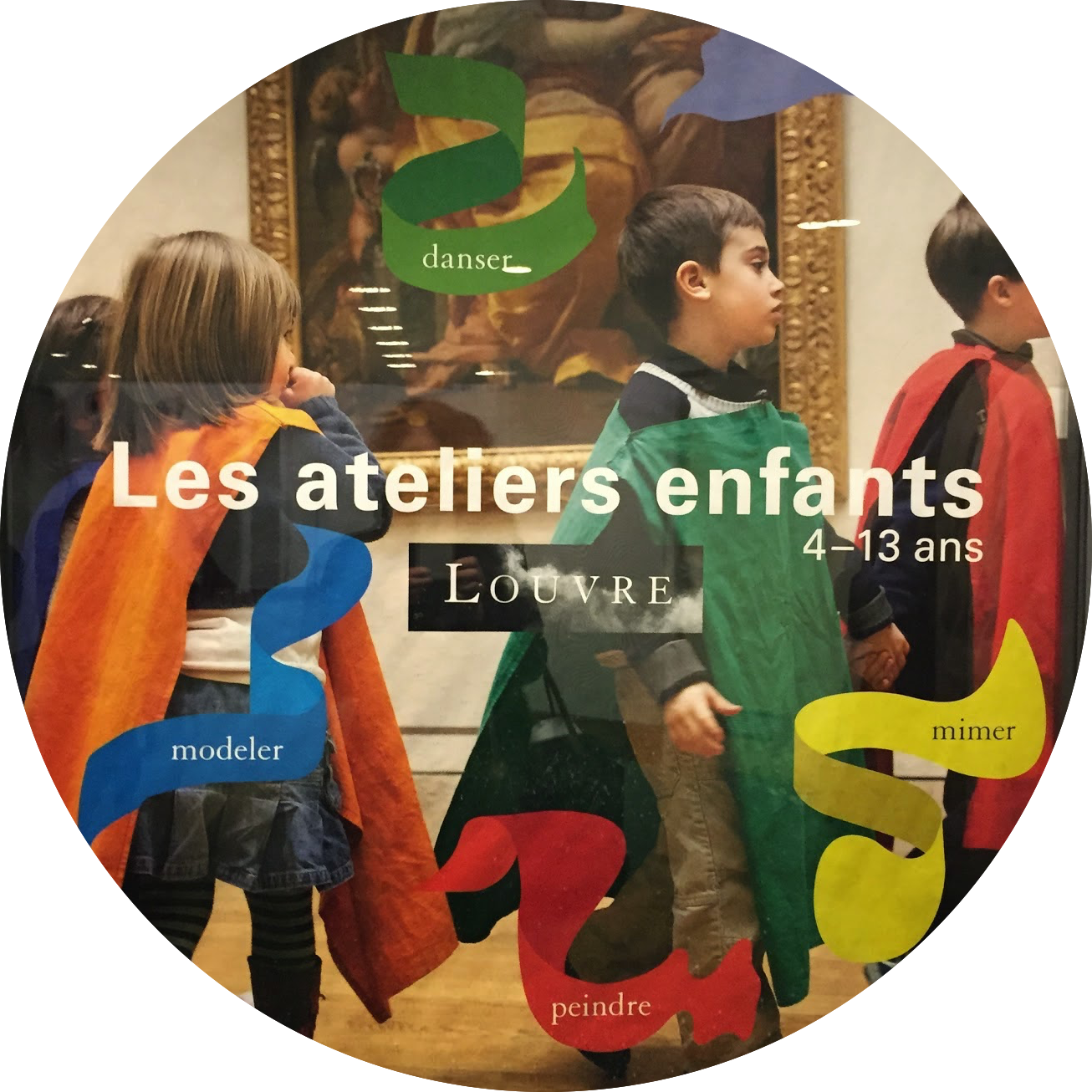 Winter is nearing its end in Paris as temperatures rise and the city slowly puts on its springtime decor.

Taken by surprise by this sudden joyful atmosphere last weekend – free Zumba classes on the banks of the Seine, impressive crowds strolling and shopping on the Champs Elysées – I reflected back on the past season in the capital. What had made it equally enjoyable or bearable despite the greyish skies and the overall gloom?

One thing is for sure, when you live in such a busy and cultural city, you need to make the most of it – whatever the season. It demands to be constantly alert but it is absolutely worth it. In that respect, there is a particular experience that I would like to share…

In France, children aged 3 to 11 have a four-and-a-half-day school week. Wednesday afternoon is off for all, but the ‘half-day’ may take place on Wednesday or Saturday morning, depending on a decision made by each city’s Mayor and Council. For this reason, especially when their children are free on Wednesdays, working parents need to find alternative guardianship solutions.

Knowing this, I gladly volunteered for my six-year-old granddaughter Sophie, provided we would not spend our weekly rendezvous watching TV or walk aimlessly along the close-by Canal St Martin – no way! 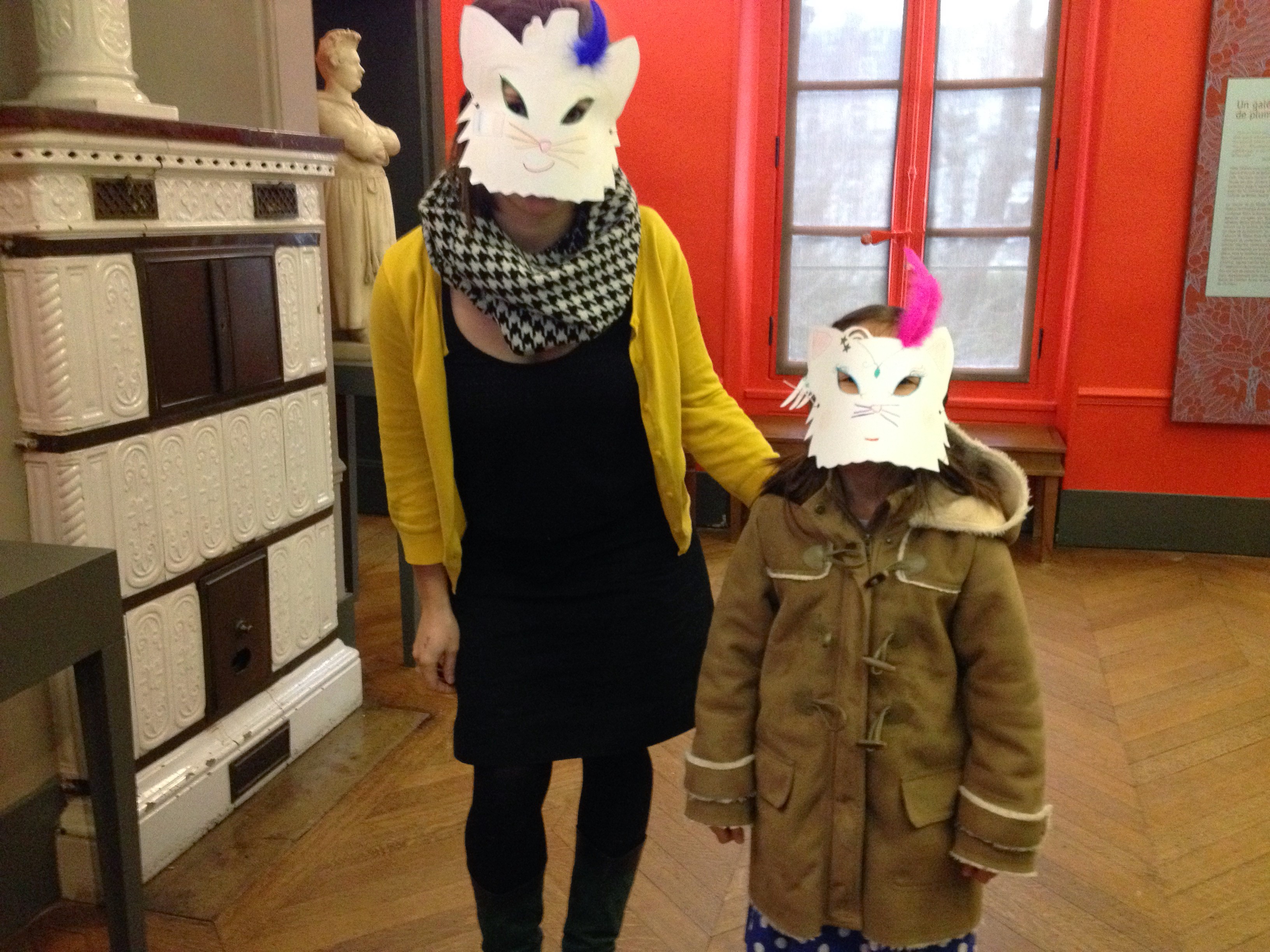 Ironically, it can be a real headache to find something to do in Paris; not because of a lack of information but because you can get easily swamped by it. English and French sites abound with sections for children (‘Que faire à Paris’, ‘Time Out Paris’, ‘Lonely Planet’) as well as magazines (‘Paris Mômes’, ‘Télérama Enfants’) – to name a few.

However, I found my way through by focusing on one theme: Paris museum workshops for children – a treasure hunt that proved to be a source of future great satisfactions for both of us.

Indeed, in the span of three months, Sophie and I have eagerly roamed the streets of Paris each Wednesday afternoon to head towards our destination museum. Usually, while she was taken care of for an average of two hours by a professional art assistant, I was free to either stay or do some shopping outside if the area permitted it. Hence, she once listened to an abridged version of ‘The Heartbreak of an English Cat’ by Honoré de Balzac at Maison Balzac, after which she made a cat mask. Another time she visited an exhibition at Musée Cognacq-Jay and created a 17th century-style jewellery box, and on a rainy afternoon she was taught Chinese Caligraphy at Musée Cernuschi.

These museums are city-owned and run, unlike the Louvre which is run by the state. You can register for activities online, up to a few hours before the workshop starts, and fees are less than ten euros. Groups have seven participants on average but in the heart of the inhospitable Parisian winter, the number can dwindle to two or even one! Nevertheless, the show goes on all the same!

Language of art is universal

Judging by the high expectations Sophie placed each week on her new activity, I knew our mission had been accomplished. What she has learned – apart from the fun experience – is priceless. The workshops run by Paris Musées are a goldmine: they could be taken advantage of more, and better advertised to the public.

If you’re visiting Paris with your family, why not try to immerse your kids in art, French cultural treasures and history this way? In addition, you would meet the French kids and their parents, the participants, the organizers. The language of art is universal, so language should not be a barrier.

Have you travelled to Paris with kids before? How do you plan your trip, and what sorts of activities do your kids enjoy? Let us know in the comments below.