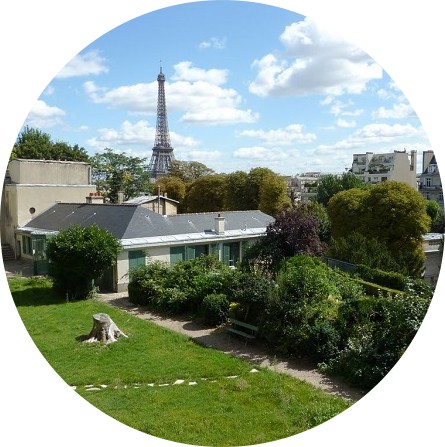 Paris is a true French treasure trove of small museums and literary haunts. This time we follow in Balzac’s footsteps, exploring the Maison de Balzac in the 16th arrondissement.

In his relatively short life (1799-1850), French author Honoré de Balzac produced around 90 works. And while many of them are in fact novellas in his epic anthology ‘La Comédie Humaine’, I still take much longer to get through them than most other books.

I enjoyed ‘Le Père Goriot’, and I stumbled through ‘Le Lys Dans la Vallée’ at university, but I must say he’s far from my favourite author. But that’s not to say I don’t admire him.

What’s so fascinating to me about Balzac isn’t so much his writing, but his work ethic. Goodness, that man could apply himself!

Balzac once claimed that he wrote for a 48-hour period on just three hours’ sleep. He adopted bizarre sleeping patterns and would write fanatically throughout the night, editing and reediting even the minutest phrase until it was perfect. 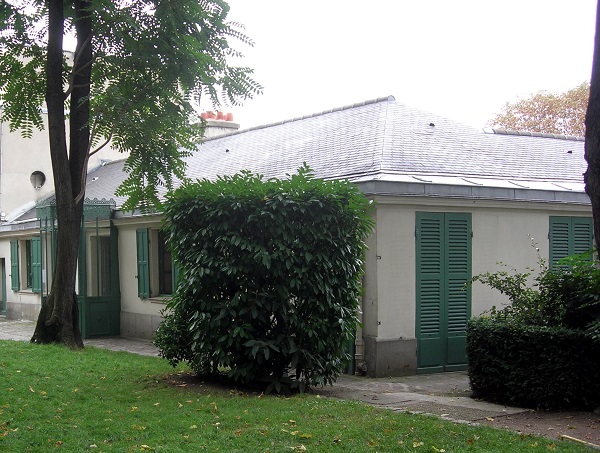 Immense debts and creditors nipping at his heels saw him produce a mammoth body of work in a relatively short period of time. Reports vary, but it is said he drank up to 40 cups of coffee a day (although apparently Voltaire drank 60!) He dipped in and out of society, at times frequenting the Paris salons by night, but often reverting to a reclusive state. One thing was for sure, though: when inspiration struck, this French man became a writing machine.

Of all the French residences Balzac occupied throughout his life, the Maison de Balzac is the only one left standing. It lies in a surprisingly peaceful corner of Paris, down a steep stone staircase on an unassuming residential street. If you didn’t know to visit, you would never find it. But that’s part of the charm.

Balzac occupied the house under a false name in the 1840s, when his debts were piling up. His writing room remains intact, and much focus is placed on his writing desk and materials. You’ll also find a fair amount of letters and photographs documenting the French writer’s life and career. 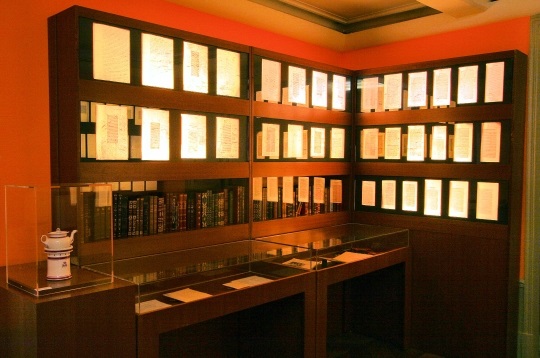 But the highlight of the French museum is the room dedicated to Balzac’s handwritten manuscripts. These pages upon pages of frenzied scribbles, criss-crossed with annotations, provide a real insight into the obsessive way in which he worked.

You can almost feel that caffeine haze as you read through some of his more frenetic scrawl. It’s incredible how much an author’s handwriting and visible self-revision can give you an idea of their creative process.

Interested in discovering more of Paris’ hidden treasures? Why not take a look at the Gustave Moreau Museum.

France dedicates museums to many of its famed writers and artists. Who is your favourite French author? Let us know in the comments below.

All images courtesy of Gemma King.