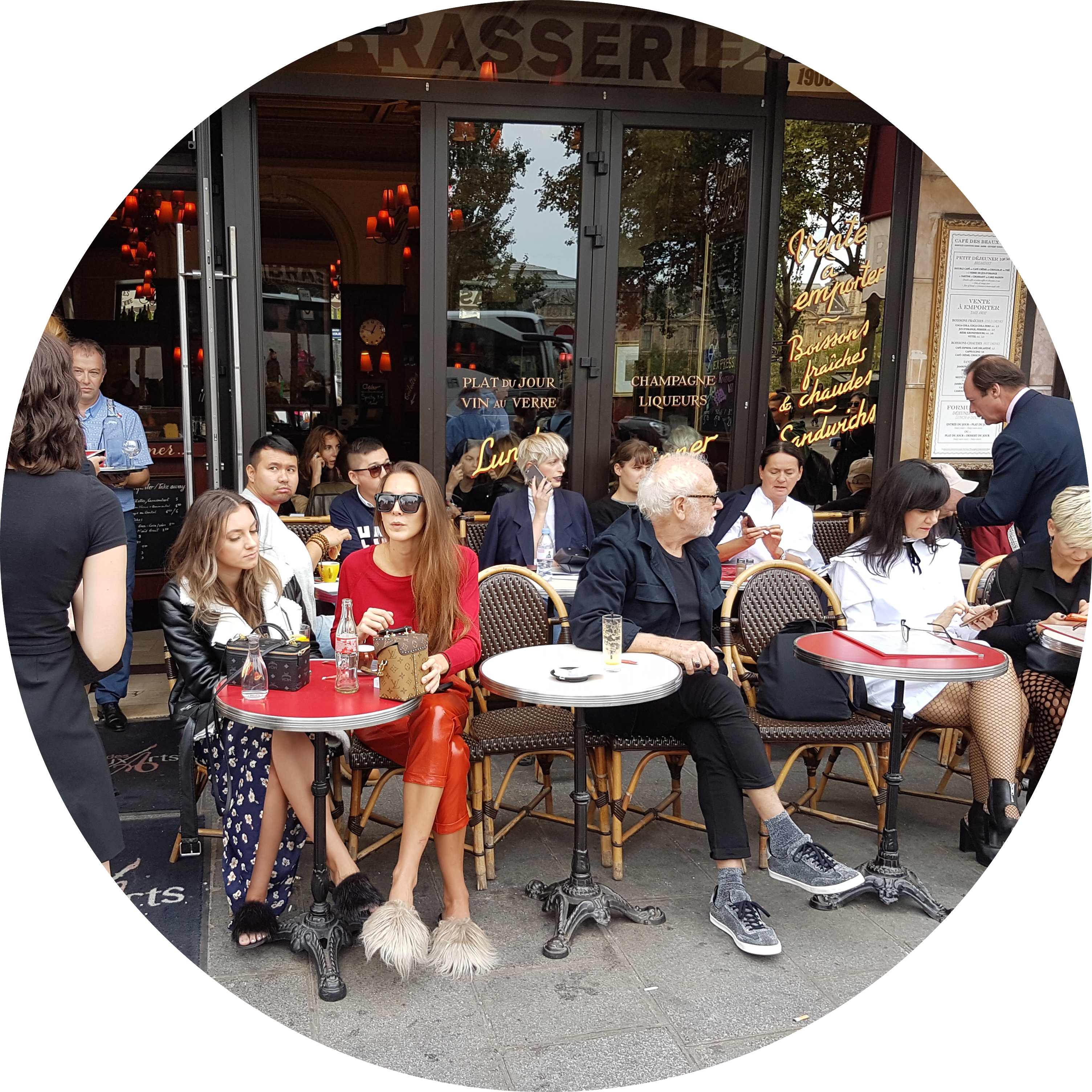 Paris Fashion Week is always a circus – but what a well dressed circus!

After seeing photos of Paris Fashion Week ready to wear collections, a friend of mine asked ‘in whose world are those clothes ready to wear?’ The idea, of course, is to be inspired and adapt the looks you like to suit yourself.

For example, Paris-based Korean designer Moon Young Hee’s stunning architectural black and white creations could inspire a more minimalist colour palette in your personal wardrobe. It could be as simple as throwing on a black t-shirt; or, you might wear a black shirt with some white loose threads, over a white shirt and pair with a white skirt. Perhaps you might get creative and rip the skirt to make an angled hem.

The genius of Young Hee is the way she structures her fabric to create striking works of sculptural simplicity. Like Picasso, she has the knowledge and talent to pare back form and structure to reveal the basics with flair – she’s creating new classics. 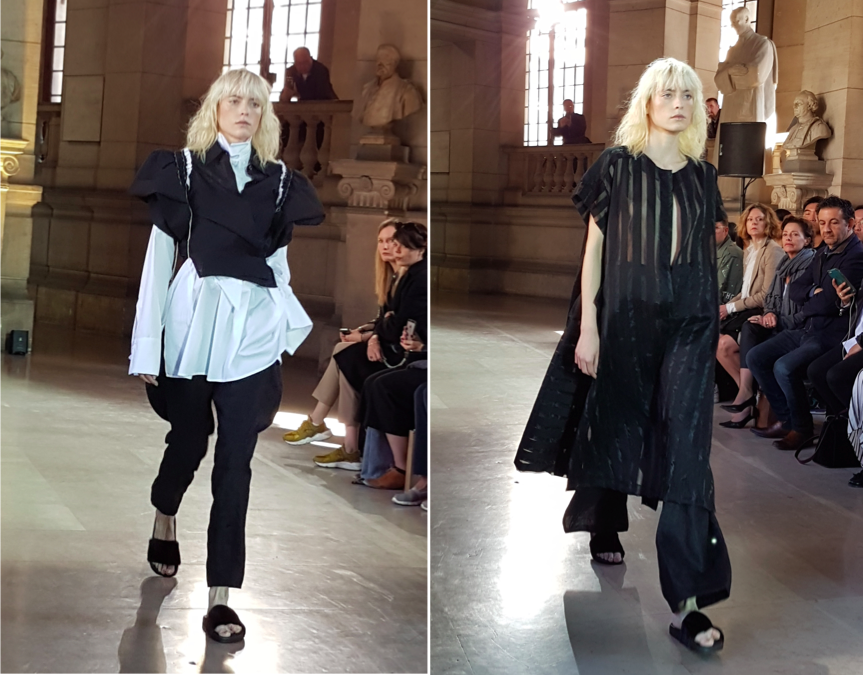 Her collection concentrated mainly on black and white, with the odd hint of red, and a few all blue pieces (including indigo and a deep eighties blue). Models in sheer black striped fabric reflected a transparent black trend seen in other collections. Interestingly, all the models wore black fluffy flat slip-ons whereas the gathering of fashionistas were onto the chunky flat shoe trend, that is being seen all over Paris.

A fun part of fashion week is also dressing the venue. At the Grand Palais Salon D’Honneur, Moncler Gamme Rouge spread tonnes of sand on the runway and huge images of desertscapes wrapped along the walls. The space felt like we were in the middle of a Lawrence of Arabia film set, albeit with models dressed in French Foreign Legion uniforms, complete with hard flat-topped caps.

There was a lot of red, white and blue with pops of silver in relaxed military style pieces, softened with pretty lace, or flowers sprinkled over uniforms. Reds were warm, and a lot of white – silky smooth and textured lace – featured heavily. Particularly beautiful was the long line white lace bomber jacket. Again, flat chunky shoes and gold and silver slides were sent down the runway at Moncler Gamme Rouge. 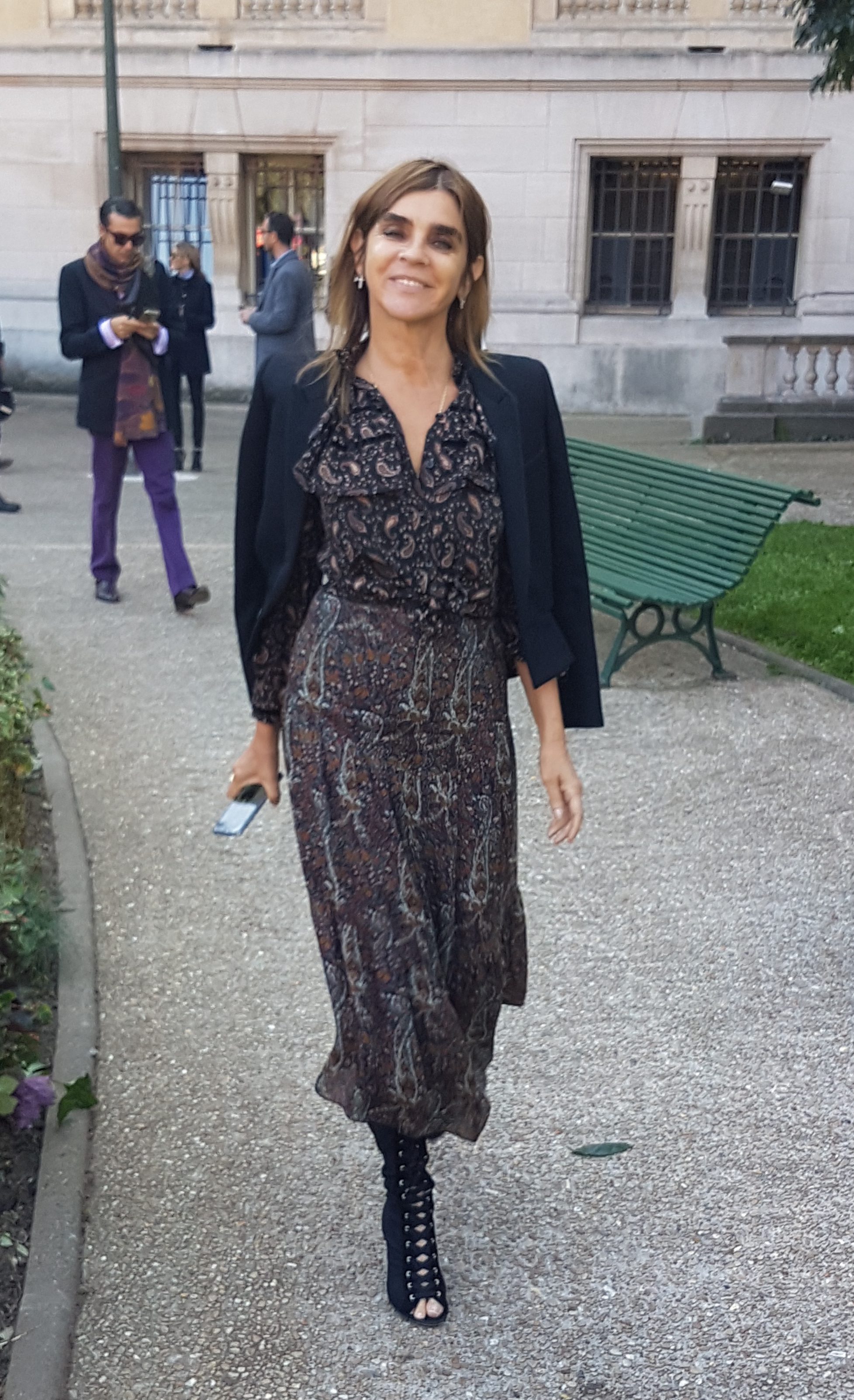 A highlight of my Paris Fashion Week was bumping into former French Vogue editor, the stylish and beautiful Carine Roitfeld. She wore a floaty but fitted long patterned dress, with a short black jacket over the shoulders.

People attending the shows echoed many of the runway trends this year. I saw lots of flat shoes more often than not paired with knee length skirts or wide-legged pants, off the shoulder jumpers, bomber jackets and ripped hems on ankle length wide-legged denim jeans.

Danish designer Ole Yde chose to exhibit his designs in the beautiful Westin Hotel near Place Vendome. The luxurious Salon Imperial with gold trim and huge chandeliers nicely showcased the feminine collection, with models floating down the runway with flowers in their hair. White, pale blues, floral prints and even denim was ruffled, frilled, shimmered and shaped to create movement and emphasise a feminine silhouette. Shirtsleeves also billowed down the runway, set off with loosely frilled cuffs.

Fluorescent yellow, albeit more subdued, is still a trend, and was typically paired with grey, white and or black. Yde sent down models with yellow loosely scrunched shimmery tops over grey and white pants. Sticking with this year’s runway trend, models wore flat shoes and boots. 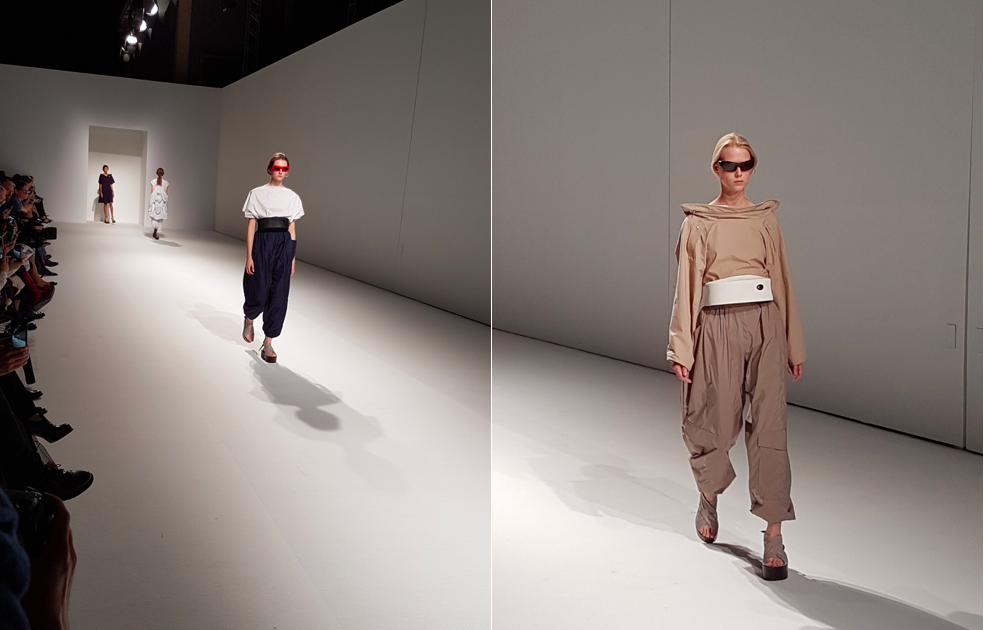 Turkish designer Hussein Chalayan partnered with technology company Intel to weave technology into his collection. Glasses with tiny sensors that measure how the wearer feels, and belts that analyse the data, were sent down the runway on models in loosely draped pants and shirts in grey, white and tan. Integrating technology with fashion is in early days, but it will be exciting to see how it pans out.

And finally, among all the seriousness was an off schedule runway show by designer Kate Bee, whose ‘tribal’ influenced collection included beautiful shimmering golds, browns and blues. Pinks and yellows also featured, which reflected an overall trend in Paris Fashion Week. The show was joyful with live African music pumping up the rhythm and injecting some fun into a sometimes over-earnest fashion week.

Have you ever been to Paris Fashion Week? What are some of your favourite Ready to Wear collections? Join in the conversation below.