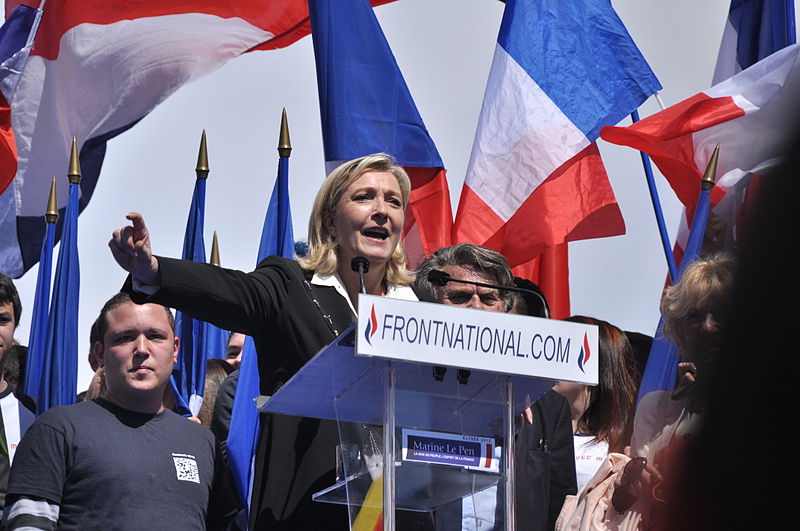 A specter is haunting Europe – the specter of Marine Le Pen. For anyone paying attention to current world events, Le Pen’s name jumps out again and again.

And for those who are following the 2017 French presidential election, her name is everywhere. Le Pen’s rhetoric and policies are radical, and the media have taken the bait – every day brings new hype about the hope or the threat that she may represent for Europe. So, let’s look at the facts: who is Marine Le Pen, and what would her presidency mean for France?

Who is Marine Le Pen? 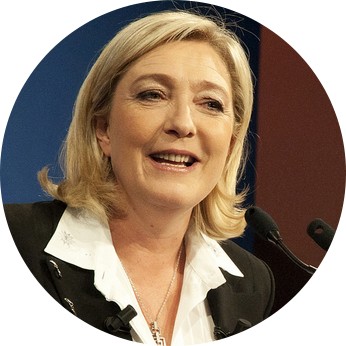 Born in Neuilly-sur-Seine in 1968, Le Pen inherited a very political life. Her father, Jean-Marie Le Pen, founded the far-right Front National in 1972, and has been well known for his divisive views ever since.

After taking leadership of the Front National from Jean-Marie in 2011, Marine has followed in his footsteps, with a slightly softer tone but similar policies. In The Atlantic’s words, she has aimed “to rebrand the National Front as a mainstream party.”

Marine has taken this rebranding effort further recently, positioning herself as the voice of the French Right. She often speaks out against immigration and the influence of the European Union, and she adopts a protectionist stance economically.

On 5 February, Le Pen finally launched her presidential campaign. In her speech, she attacked the EU and called on the French to defend themselves against both economic globalization and ‘radical Islam’.

How Le Pen fares in the election has been presented as a matter of life or death for the entire EU; articles discussing doomsday scenarios abound. But what does Le Pen herself say?

On her campaign website, Le Pen has presented her 144 engagements; the basis of her platform. Some of the main themes among these include:

Will France accept the Right? 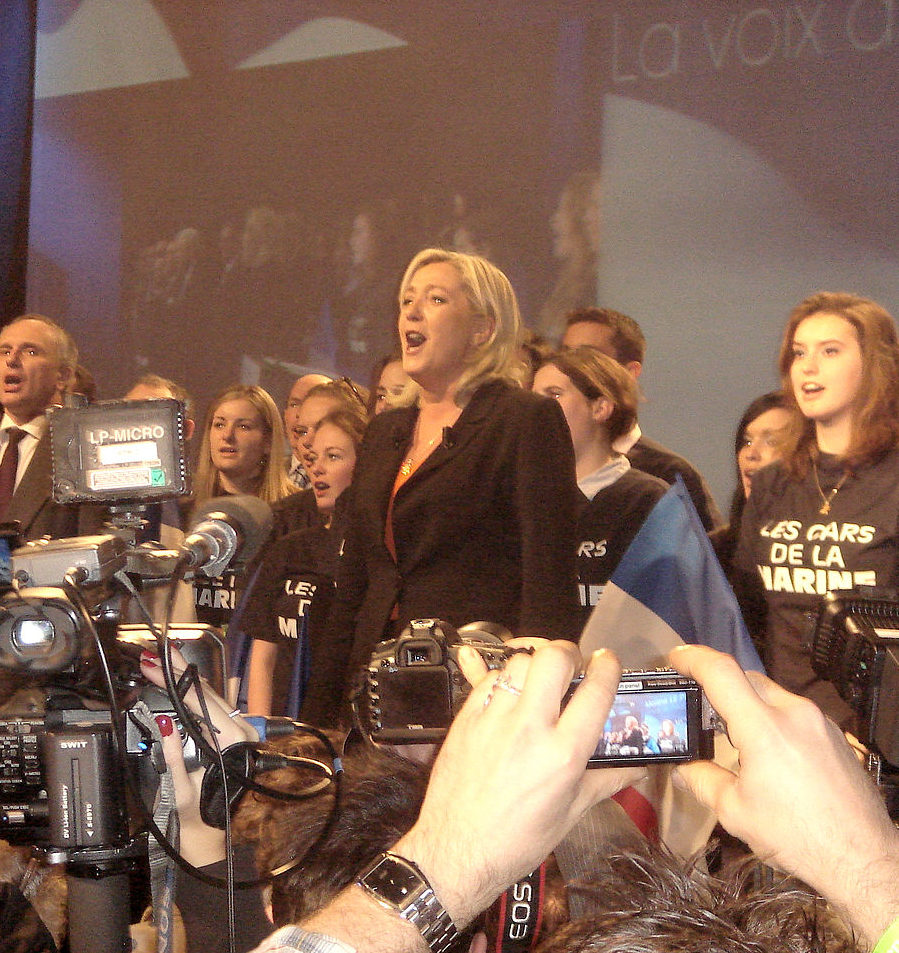 With these positions, how likely is a Front National win? Given current president François Hollande’s extreme unpopularity, his Parti Socialiste is doing poorly. Meanwhile, former frontrunner François Fillon has lost support following ‘Penelopegate’ – the revelation that Fillon allegedly employed his wife Penelope as an assistant despite her doing no such work.

Beyond the case of the Front National in France, right-wing populism has been on the rise lately. Many have suggested that Le Pen’s success may be part of this pattern. Indeed, in her candidacy announcement speech, Le Pen urged French voters to follow the examples of Brexit and Donald Trump.

On the other hand, even if she makes it through the first round of voting, observers agree Le Pen will have trouble building a political coalition to help her succeed in the second round. A poll from 13 February 2017 shows Le Pen likely to win the first round of voting but then to lose the second round by a wide margin to independent candidate Emmanuel Macron. Watch this space!

What does Marine Le Pen mean for France?

How much might Le Pen shake up France? The short answer is that it’s still hard to say. Her rhetoric has been hardline, but even if she were to actually win, she’d likely face a lot of political opposition within France and might have to tone down many of her positions.

But then again, Donald Trump won in the US under similar circumstances, and he’s done anything but tone himself down. So, Le Pen is helping keep the 2017 French presidential race – and the future position of France in the world – well up in the air.

Would you vote for Le Pen? What effect do you think her policies might have on France? Add your voice in the comments section below!