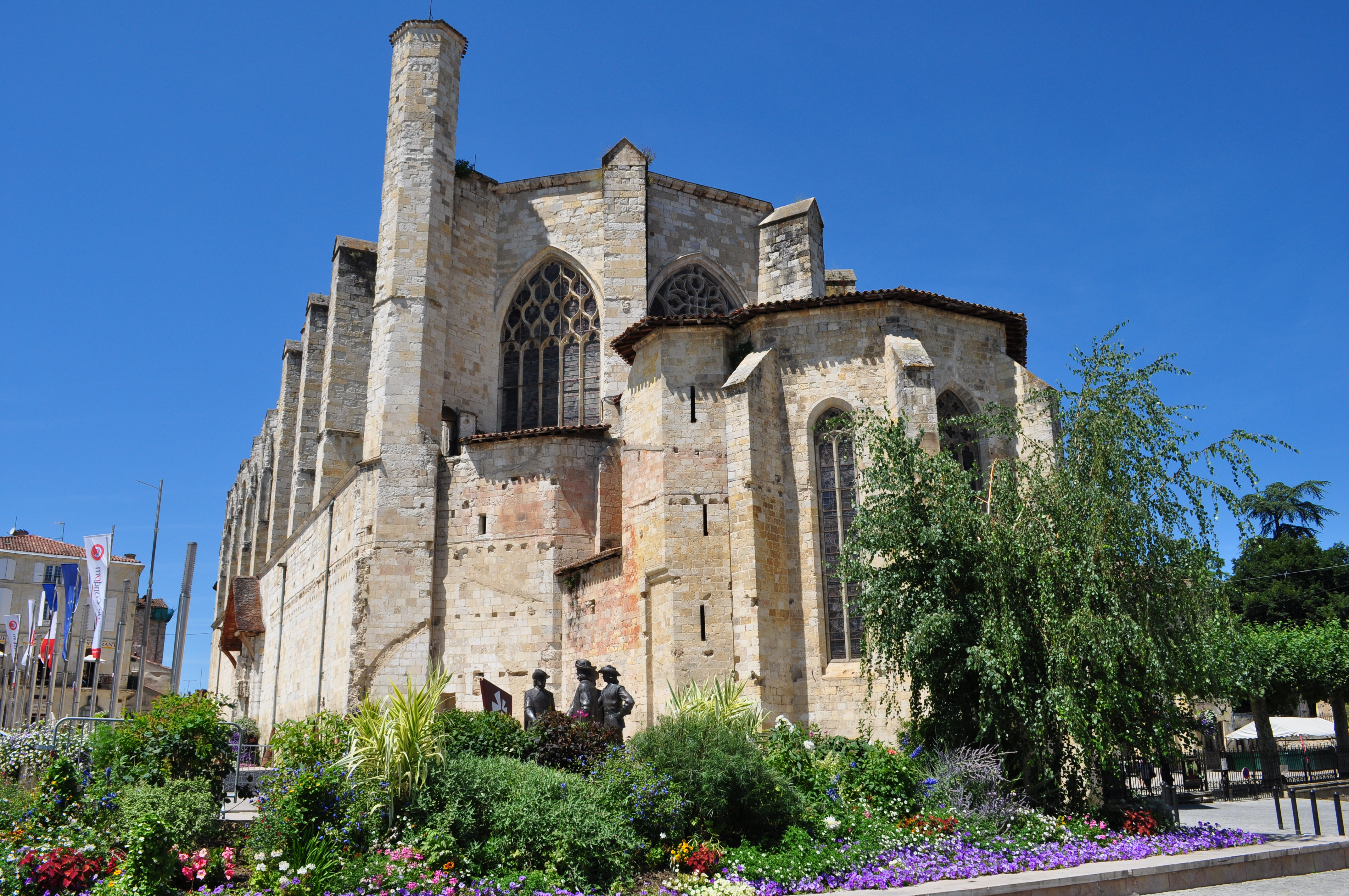 According to the Bard, Juliet told Romeo Montague that his family name didn’t really matter. But in the end, as we all know, it did. When first encountered by Anglo-Saxon tourists, the name on the road sign outside the very pretty town of Condom always gives rise to smirks and smutty comparisons.

Someone invariably mentions Intercourse, Pennsylvania, or Twatt in Orkney, or the Brown Willy you can climb in Cornwall. Of course, you could have a house in Anus in Burgundy, and you could even live in Poo in Spain, which has a beach with the same name. 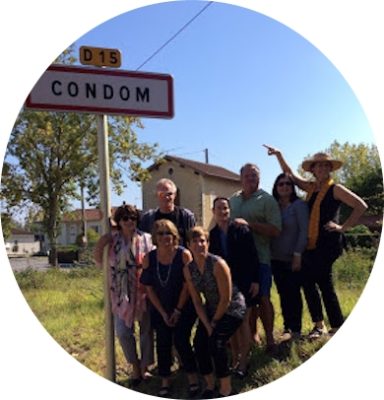 Condom, in the Gers département, is a corruption of the Latin name Condominium. It has no double-entendre implications in French, and they certainly don’t understand what’s funny when they see tourists laughing and joking while having their photos taken at the Condom signs.

But they have an equally puzzling word to describe the latex product that no one – repeat, no one – should ever forget: in France, it’s called a préservatif.

Translating French jokes into English is usually lead balloon stuff, but, as some locals would have it, in a village named Lombez, a few miles from Condom, passengers are sometimes baffled when the bus driver announces “Ici Lombez” which could be misunderstood to mean “Ici l’homme baise”.

Taking advantage of the incidental relationship between Condom’s name and the English word for a prophylactic, in the late nineties, a local initiative led to the opening of a museum of contraceptives.

At that time, rather tacky postcards with French letters draped over the cathedral and other buildings were widely available. But when in 2005 the museum closed, many locals were delighted that good taste had triumphed.

Condom: what to see

But all this aside, Condom certainly, if nearby, ‘mérite un détour ‘and even ‘vaut le voyage’, if you’re starting from further away.

It’s a river port on the Baïse. This waterway was itself turned into a rude word when French spelling was updated recently. With the two dots, or tréma, gone, it has a decidedly different meaning…

Because Condom is in Gascony, dining is taken very seriously. La Table des Cordeliers is a Michelin starred restaurant with a wonderful terrace for summer dining en-plein-air. You’ll find the Hotel Trois Lys on the pedestrian mall leading from the imposing war memorial up through the village to the Cathedrale Saint Pierre, a late medieval marvel. The west front tympanum is remarkable. 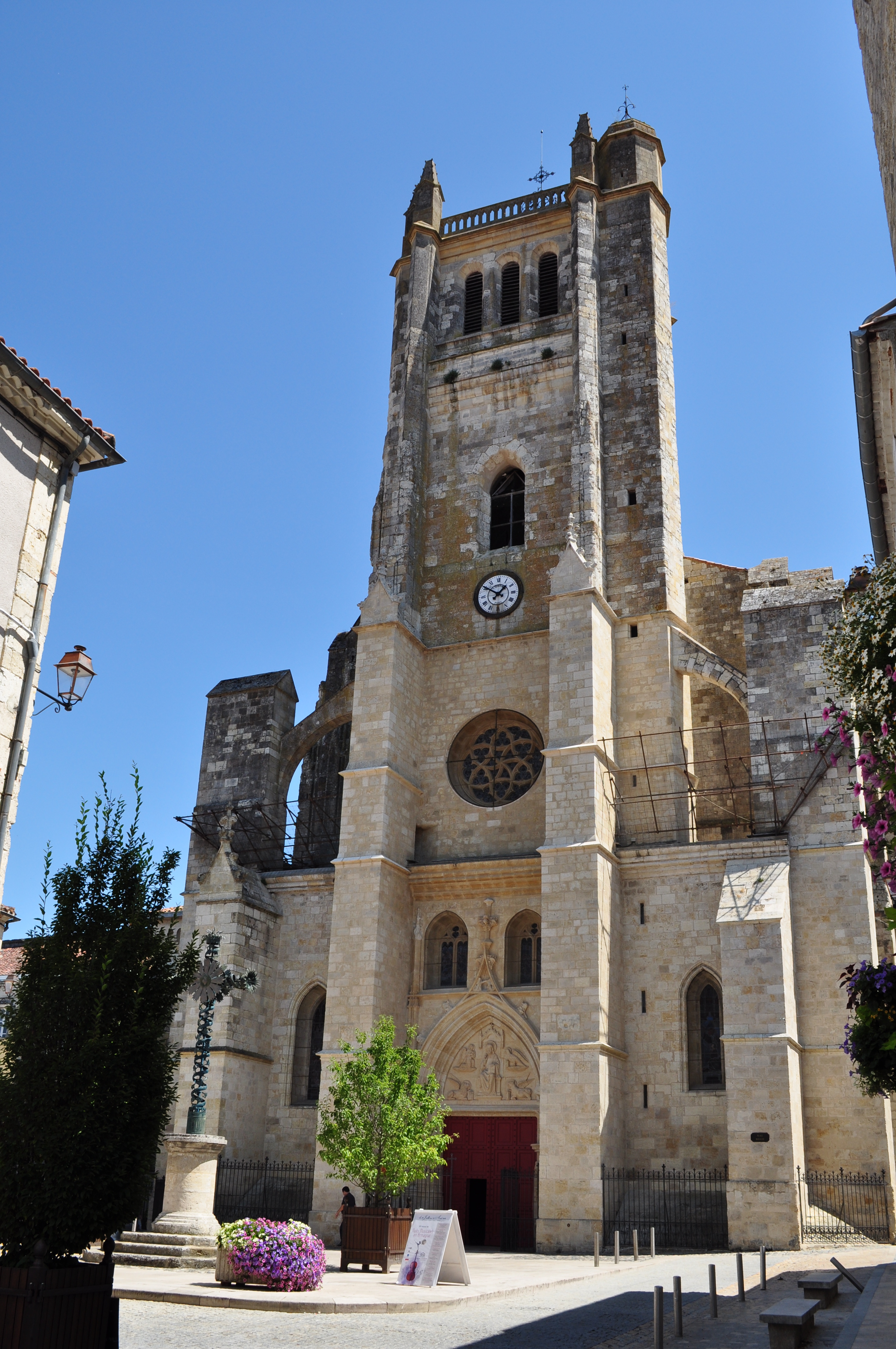 In the late afternoon, you’ll see pilgrims on their way to Compostela being met in the St Jacques chapel where they are given information about inexpensive local meals and accommodation.

Just outside the Cathedral is another place to be photographed, next to d’Artagnan and the Three Musketeers.

The Continental Hotel reflects the darker past of Condom. The menu doubles as a list of dishes adjacent to a short history of the building.

While you’re contemplating your meal you can have the rather disconcerting experience of reading about the maquisards who were executed in the cellars below the dining area. The Continental served as Gestapo headquarters during the Nazi Occupation in World War II.

In the mid-eighties, a letter was sent from the mairie to ask Oakham in England to twin with Condom. The concept of twinning was originally intended to foster friendship and understanding between different cultures and former foes as an act of peace and reconciliation and to encourage trade and tourism.

However nothing ever came of this, due it’s thought to the jocular meaning of the French town’s name in English.

The peak of embarrassing places names, however, must go to a small town in Austria. The road sign announcing the village is often stolen – presumably by English speakers looking for a great bar souvenir.

On the other hand, a local who knows some English may simply be regularly removing it out of bashfulness. How bad can it be you may well ask? Well, how would you like to live in Fucking?

Do you know any other oddly named places? Have you ever visited Condom in France? Tell us about it in the comments.