Les îles du Frioul: beyond the beaches – discover the islands of Marseille 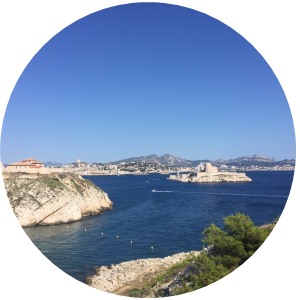 I’ve just returned from spending eight days on the wonderful îles du Frioul an archipelago situated just 2.7km off the coast of Marseille. Having excitedly mentioned this trip to friends and family, I noticed that many people didn’t know about it. And having spent more than a week there, I realised that many of those who have heard of it tend to come for just a day visit.

So, I’d like to offer you all some insight into the islands following my experience.

No problem – I did do some relaxing. First, to reach the islands you can take a 30-minute navette from the old port in Marseille, with the option to stop at the Chateau d’If on the way. 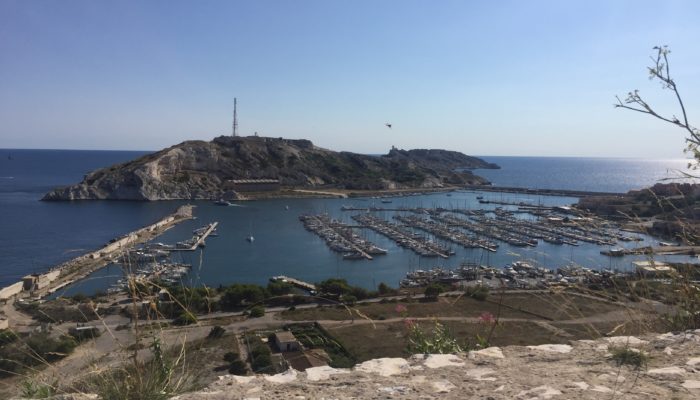 If you don’t like to go too far off the beaten track, or maybe you’re coming as a family, the calanque st esteve is a great option. It’s the only ‘beach’ (more pebbles than sand) with surveillance, a bar and toilets and it is by far the largest. With a view of Chateau d’if, this calanque can be accessed with the small road-train. Or if you’re feeling energetic, it’s about a 30-minute walk from the port.

Alternatively, there are a number of smaller and more isolated creeks – called ‘calanques’ – scattered along the two main islands: île de ratonneau and île pomègues. If you follow the main pathways, many of them are signposted, or you can spot them yourself. These are only accessible by foot but are worth the effort! My personal favourite was a little spot by the calanque de l’huile on pomègues island. 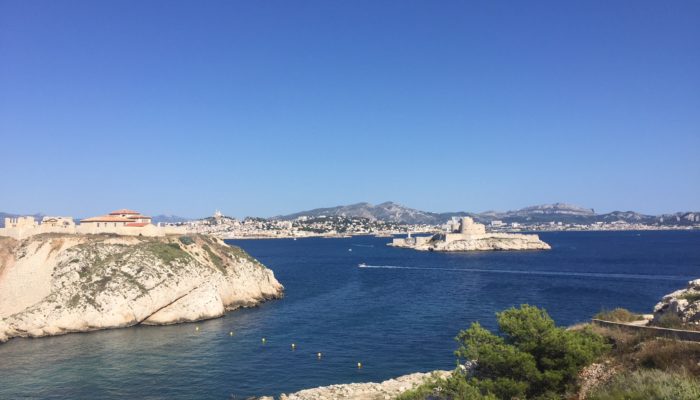 I would say that Frioul is more of a ‘find your own adventure’ place, but there are some helping hands. 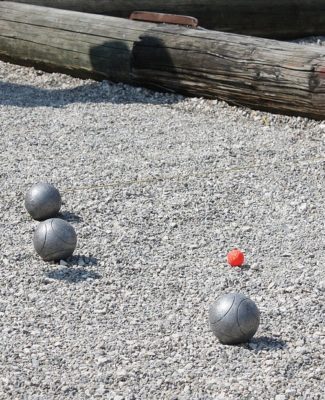 You can rent kayaks and canoes from a small kiosk near the port. You can also buy various inflatables from the shops and take a more relaxed approach like I did: floating around on a lilo. I also noticed that music festivals have taken place on the site of l’hôpital caroline, so keep your eyes peeled for unique events taking place here.

Personally, the evenings were my favourite. There are a few pétanque courts where residents and regular visitors often gather to play aux boules.

It was my first time playing, but I kept going back. It may be a cliché, but it’s a truly social sport that everyone can get involved in. Also, in front of the alimentation générale there is a small transparent box with books inside. They’re free to read or keep, and you’re also welcome to leave your own literary donation!

My favourite thing to do! As mentioned, some of the boats also stop at île d’if, where you can visit the chateau. It has been used to protect the coast of Marseille, but also as a prison, and the location boasts panoramic views.

On the main two islands, you’ll find three main sites: l’Hopital Caroline, le Fort Ratonneau and la Batterie de Cavaux. The remains of the hospital were restored, and since 2007 the site has been used to employ and train people to preserve the site.

The latter two are more in ruins, but serve as a reminder of the history of Frioul. The crumbling Ratonneau fort appears to be covered with huge, stone crosses, like a burial ground that overlooks the island. However, it was intended by the German army for artillery placement and simply remained incomplete. The batterie is situated on the far end of the Pomègues island. Constructed at the end of the 19th century, it was occupied by the German army in WW2 and now remains, completely abandoned. You can see what is left of cannons, bunkers and even toilets. It is a haunting experience, which jars with the beautiful views out to sea.

If you are not interested in the history of the island before visiting, I think you will be after exploring these sites. 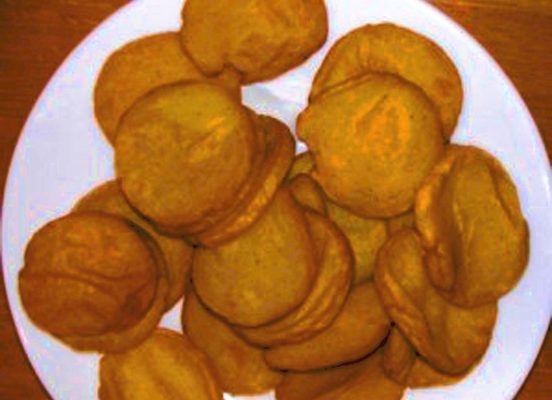 PANISSE! I’m dreaming of panisse as I write. A specialty of the South, panisse is a sort of fried, delicious delight made from chickpea flour. I ate them every day from a little snack shack called Kai Kai. I have since tried to make my own, without success. So, I suggest you go and get them directly from the South.

For a fuller dining experience, there are a number of restaurants located on one strip facing onto the port.

If you want to picnic, there is one small grocery shop / boulangerie. It does have a lot: fresh bread, wine, ice creams, fruits, and vegetables….but if you want a larger choice I would recommend shopping in Marseille before you take the boat over to Frioul.

There is so much more to les îles du Frioul, so you’ll have to go and discover them yourself!

Have you ever been to these islands? Do you hold the secret to making the perfect panisse? Let us know in the comments below!