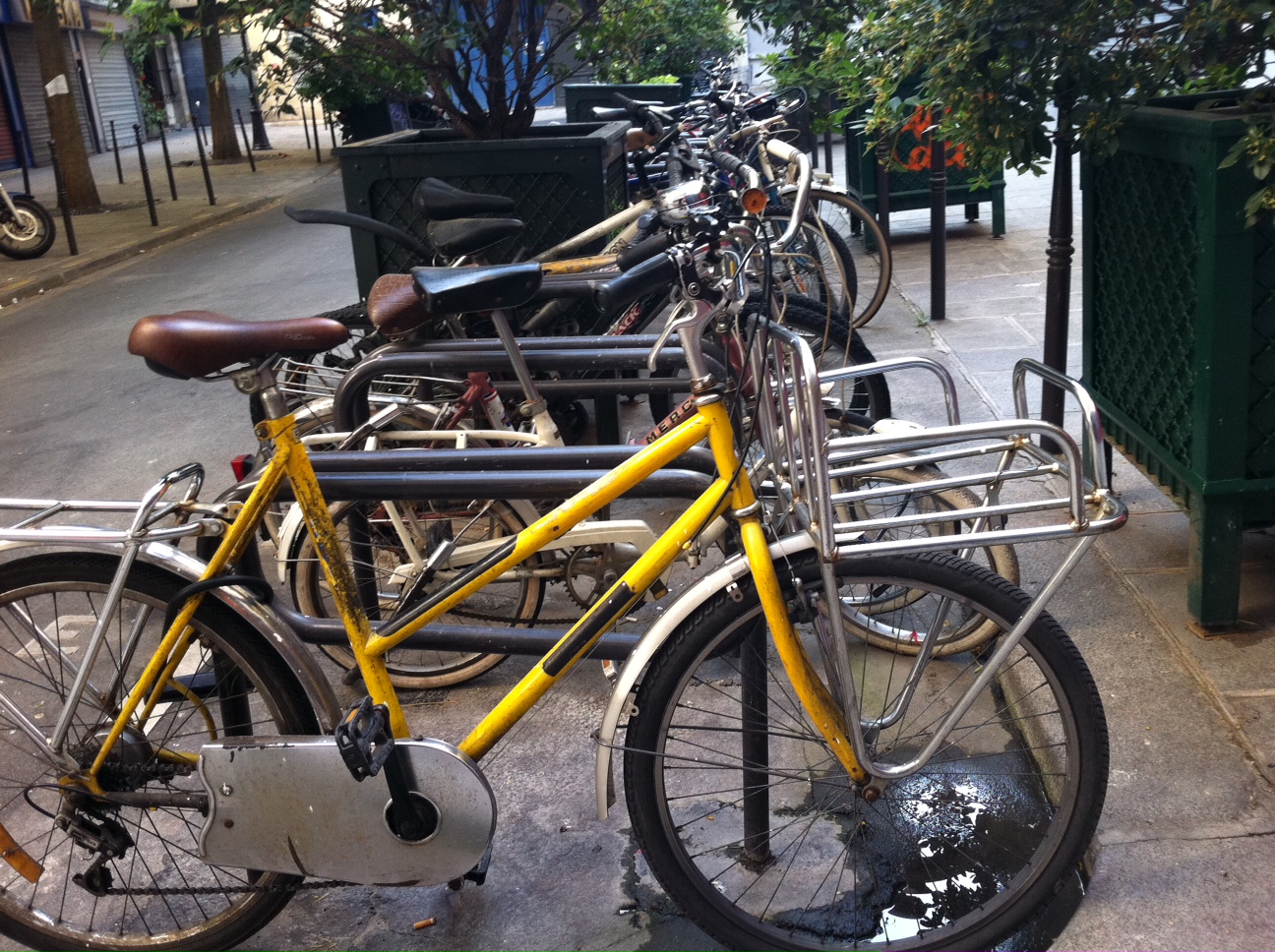 My greatest stretch of exercise is walking to the wine shop and back, so if I can cycle around Paris for four hours, you can.

It’s quite fab doing something you would hesitate to do even in a car, so pedalling around terrifying Paris is liberating and even euphoric. You are in an organized group so protected by other spatially challenged people; the guide tells you all about the Petit Palais, the Grand Palais, the Tuilleries and the Pont Neuf so you get your culture hit; and you even get to stop for lunch, order a crêpe in colourful Français and throw back un balon de rouge. There are several companies offering this service – just google them.

One of the best bistrots in Paris is right at the Metro Odeon and you can’t get in unless you promise your first born son or lie down on the pavement and say you’re sinking into a diabetic coma. I grabbed an Australian couple’s baby and shouted – the kid’s suffering from dehydration – we need liquids immediately.

This seemed to work because in no time the queue (yes queue!) had reduced itself to just us, and soon we were mainlining foie gras, home made charcuterie and heavenly country bread. I am extremely reluctant to give you this information, thus ruining my table at the front, one glass of wine away from the pavement, but here it is – Le Comptoir du Relais. The madly delicious and reasonably priced food is the brainchild of the famous haute cuisine chef Yves Camdeborde.

Now listen carefully because it’s a bit complicated. During the day and weekend nights, the food is traditional cuisine du terroir (regional cooking), resplendent with earthy pig’s trotters, lentil soup with soft sheep milk cheese, pork terrine, beef cheeks, fabulous cheese platter, a great wine list full of small producers. My friend Paula comes here for the boiled eggs with mayonnaise, maintaining it is the best in Paris. On week nights the Comptoir turns into very innovative haute cuisine and you get a set menu for forty five euros. Even the staff are brilliant and charming, unheard of in snippy Paris. When I ask the waiter if he’s leaving, he says pas sans vous, not without you. I ask you. But wait – this restaurant is attached to a chic, four star hotel so you get fabulous breakfasts and room service there too. But wait there’s more – next door Camdeborde and his wife have opened a crêperie and food store.

When you know Paris quite well, you are always looking for something different or quirky. How many times do you want to drag yourself through the Louvre anyway? I discovered a smart and interesting website called mylittleparis.com which not only gives gastronomic but culture, fashion, household and luxury information as well. People in the know, are in love with heritage tomatoes – the uglier and the weirder the better.

Some enterprising Slow Food people have set up a company called Terroirs d’Avenir to help foodies access top of the line edibles from small producers. It’s all terribly cloak and dagger and Parisians can only get their hands on the best asparagus, tomatoes, fish, strawberries or whatever’s in season, once a month on a Saturday. Devotees are only told hours ahead where the secret pick-up location is. Personally I would die of excitement before I even got there. Last time it was a crate of heritage tomatoes to be picked up from Frenchie, a very ‘in’ little bistrot in the 2nd arrondissement, where you got to try some of them on bruschetta with a glass of wine. 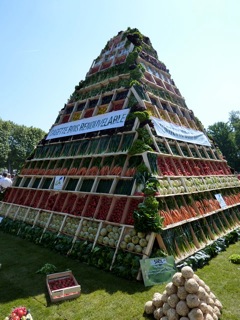 This cleverly brings me to my last secret tip in Paris – the adorable, tiny Frenchie bistrot, hidden away in a slip of a street in the Montorgueil area. This is another one you have to reserve well in advance for. The young chef worked in New York and with Jamie Oliver in London and is now wowing Paris with his subtle, delicious bistrot cooking. The menu of two starters, two mains and two deserts for only thirty three euros changes every day. Smoked mackerel with wild asparagus and vegetable citrus sauce anyone? Bon appétit!