The Book Festival of Brive-la-Gaillarde 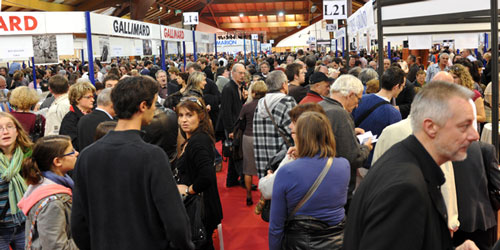 My friend Agnès Landou lives in the Midi Pyrénées, not far from Toulouse. It’s a region known for good food, unspoiled medieval villages and…. a famous book festival held in November each year. This is an article by Agnes about her recent visit to this book festival which is called La Foire du Livre de Brive-la-Gaillarde.

For the past thirty years, there has been a Book Fair in the small town of Brive-la-Gaillarde in the south west of France (department of Corrèze). It takes place every year over three days in the first week end of November.

At the very beginning, in the late 70s, it started with just a few novelists who set up trestle tables and put out their books for sale. Nowadays it’s the largest literary event in France after the Paris Book Fair.

Saturday morning, the 5th of November, arrives and it’s raining! So it’s umbrella against umbrella. I have to queue for half an hour before I can go in. Inside, it’s crowded, and you have to elbow your way to move forward. But never mind, because there’s a happy mood – once you’re inside, you can walk along the aisles, take your time to stop a moment to speak with the authors of your choice, buy a book and have it signed. 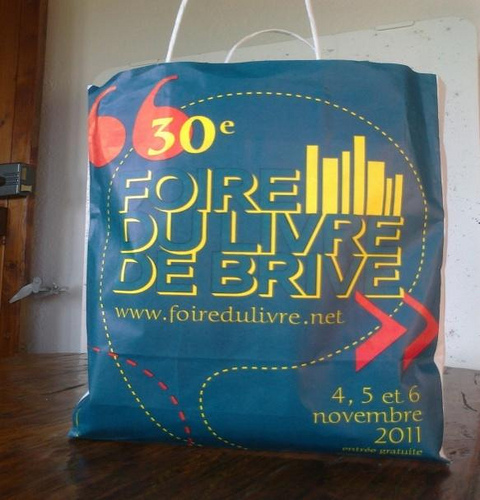 There are rooms open to the public where you can attend lectures presented by the writers and discussions between the authors. To guide visitors, they are given a booklet with the lecture program and a plan that tells you where each writer has his or her stand. Very useful indeed, because this year 500 writers are expected…

Novelists, historians, journalists, famous or unknown authors, from all parts of France, all literary genres are represented.

With whom am I going to start my visit? I don’t know where to turn.

First I head to the stand of Yasmina Khadra, one of my favourite authors.

Apart from his latest book, L’équation africaine, which I haven’t yet had time to devour, I’ve read almost all of his books. Don’t be fooled – Yasmina is a man. He began using the nom de plume (his wife’s name) to avoid military censorship. This writer was a senior officer in the Algerian army for many years. He has since retired but kept the nom de plume. After 36 years in the Army, he stepped down to devote himself full-time to writing. He has lived in France since 2001. In his novels he denounces fundamentalism, barbarism, violence and corruption. Hard topical issues, but his writing is clear, full of images, sensations and poetry.

Several of his books have been translated into English. L’attentat (The Attack) is a bestseller. It’s a story set in Israel. A renowned surgeon is called because a bombing has just taken place in a pizzeria and there are many victims. When he arrives on the scene, to his astonishment he is told that the suicide bomber was his wife… I was very impressed by this novel. 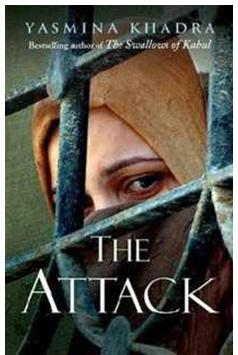 Next, I stand in front of Jean Christophe Rufin. Born in 1952, this doctor, who founded the medical humanitarian organisation Doctors without Borders, is a man of commitment. Former ambassador of France in Senegal and Gambia, he now focuses on writing and he has been a member of the French Academy since 2008. His adventure, historical and political stories are infused with his knowledge of African and South American cultures and give the reader an insight into life on those continents.

He won the Prix Goncourt in 2001 with his book Rouge Brésil (Brazil Red). It’s a historical novel about the first attempt to conquer Brazil by the French in the 16th century. The novel examines the clash of civilisations during the discovery of the New World.
For me he signs his latest book: Sept histoires qui reviennent de loin (only available in French). It comprises seven short stories in which you’ll meet original characters. 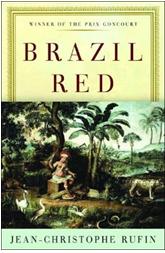 First, you’ll meet a young girl in Kyrgyzstan who, in order to prepare for her trip to France, is taking private French lessons. She studies very seriously and manages to hold a conversation with her teacher. But when she arrives at the hotel in Paris nobody can understand a single word. Evidently she has been taught Hungarian!

In another story, you’ll meet a Frenchman who is making a baby with a young African girl… only to provide a service.

The stories are short and sometimes funny, and the vocabulary is relatively straightforward, so advanced French learners may enjoy reading this book in French.

Next, I make my way towards a local writer Christian Signol. Born in 1947 in a small village in the Lot department, this writer lives in Brive. He says:

“Meeting the reader is very important for the writer who works in the solitude of an office for one, two or three years. The contact with the readers must exist, otherwise, my writing means nothing. At some point, there must be an echo, if not it seems we are working in the desert. The success of our sales is not enough, I have to know how my books are seen, it’s useful for the books I’ll write after the fair.

What touches me the most is knowing that there are people that come to see me from so far away: Belgium, Switzerland, and from the North, and when 10, 20 or 30 people are waiting for me I can’t allow myself to talk with them for long. And it’s so frustrating! Let’s just say that the book fair is a victim of its own success.” 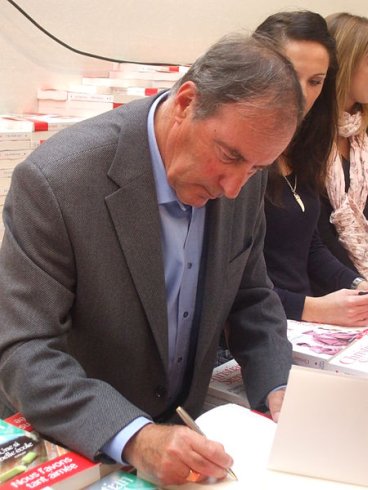 Thank you Agnes and Sue for sharing this fascinating story with us.