Qu’en pensez-vous? Can you ever become French if you weren’t born French?

This is the first article in a series of articles, in which we hope to engage the Ma Vie Francaise community in informal discussion, banter and debate about issues relating to French culture, politics, cultural differences, social issues etc. We are open to other suggestions too!

We look forward to hearing your opinion. Don’t be shy, we want to hear and try to understand the perspective of our diverse membership.

What does it mean to you to be French?

Is there more to it than just holding a citizenship and speaking French, or even living in France?

Some would say that you have to eat baguette on a daily basis, others that being cranky is the least a Frenchman can do. Be that as it may, the question is: Is it possible to become French… for others to accept you as French? 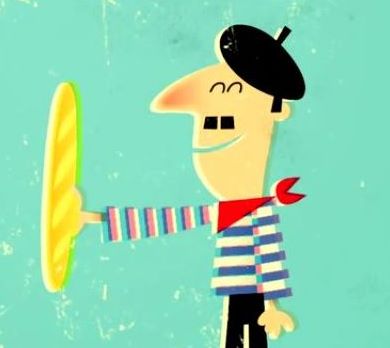 Our francophile, francophone and French friends joined me in a Facebook discussion on this topic, as it happened most participants were French. It is a deep topic with many facets.

I would like to continue the informal discussion, so I encourage you to butt in at the bottom of this page!

Here are some ‘titbits’ of our discussion…

Is it possible to become French if you were not born French?

Armance Beauchamp [FR] I think so. You can [become French]. My grandma’s husband was Italian and after many years in France and in Switzerland, he spoke better French than Italian, and he even dreamed in French ! 🙂

Anne Popplewell [NZ] Hi! I think one can become French if you know the language and customs … and of course love all things French…?

Armance Beauchamp [FR] But do you become French for French people? That’s the question…

Anne Popplewell [NZ] I have read of people that actually lived there, said they never really felt accepted by the majority of the French.

Arnaud Chevalier[FR] Yes, I think it is possible to become a real French person! If I said “No, it is impossible, you have to be born French to be French. That is something you cannot learn. It is something in our roots that makes us real French. I am talking of being French inside. Nothing to do with the citizenship.” It would seem to be arrogant… And I’m not!

This topic is very, very interesting. We need wine and cheese, ohlala!!!

I think some people, foreigners, some French lovers are very French, we might say more French than French people. But just by saying that, it just means that they are NOT French. They didn’t manage to become real Frenchies! I don’t know if it is something positive to be French anyway…

Camille Campus [FR] I think you become what you want to become. Some foreigners might be more French than me in some ways. You know, it’s not the blood that makes you French (even if some political parties tend to take this wrong path in Europe at the moment, but that’s another subject) !

Arnaud Chevalier [FR] That is what I say. Some foreigners are more French than the native French, which in my opinion means that they are not French, because it is not natural. They make an effort to be French, to seem to be French…

I lived in London for three years, and God knows how much I am an England lover. I wanted to become a real Englishman. And once someone told me: “You’re more British than us”, I was happy in a way, because somehow I succeeded. But in fact, what this lovely person wanted to say was: “You will never be really English, even if you love our culture, etc (even food see how crazy I was!). You will never be part of us because there is a lack of something that is in our own genes and that is not acquirable…” And that is true. So I am a French England lover and that is all I can be! There is something unfair in what I am writing, and I am sorry about that, but this is it!

Elisabeth Donato [FR] Born and raised in France, thus a French citizen by birth. Naturalized American in 1993 (now carrying an American passport, but want to get a French one again, so I am re-registering with my French consulate in Washington, DC, in order to do so.) I feel more American than French, even though I teach French at the university level.

[There is an] article from me on My French Life of my own experience with identity issues as an expat.

I have a strong aversion to those French expats who have turned into “professional French people” by the way.

Camille Campus [FR] I know what you mean – at some point I wanted to be more Spanish than the Spanish, then more Italian than Italians. Well, never more British than the British, probably because of the food, haha. But just holding a nationality on a piece of paper does not mean it is what you are.

I recently met a French lady, a florist. She’s been in Oz for like 40 years (at the time, it was easy to get the Aussie citizenship). I got really caught by the fact that she said “us/we” referring to the Australian community. She even said than she felt more Aussie than French now, even though she still cooks good French meals.

I understand your point because it is also true that wherever you go, people refer to you as where you come from. Haaa, big topic Arnaud 🙂

Arnaud Chevalier [FR] OK I love beer and fish & chips. So two points for me for being more English than the English! Oh, and five o’clock is always tea time for me! Three points! I believe like you that a nationality on a piece of paper doesn’t mean anything, at least concerning Judy‘s question. You can be Australian and feel very French and live in a French way of life, surrounded by French culture…

And some French people in France are not ‘French’. I live in a very British way on a daily basis, but I cannot pretend not to be French, and I cannot pretend to be English or whatever. Everytime I am interviewed or when people see what I do, their first words are: You’re very French… So I guess this is really something that is in my genes, something unconscious that I cannot control… So that is really a philosophic question, hardly answerable, as there is never one truth…

Julie Chamand [FR] I wouldn’t say that you need to be born in France to be French or even have French ancestry. But being raised in France is definitely an imperative in my opinion.

Because what makes you French is the cultural baggage that you acquired from your childhood. And I don’t know if it’s possible to make up for the lack of a French childhood and French teenage years. You would have to go back to kindergarten to learn “Une souris verte” or “Pirouette cacahuète” and so many others, watch cartoons that were broadcast before school, at lunch time and around 4pm in the 70s, 80s or 90s and remember “Midi les zouzous”, “Les Minikums” or “TFou” (according to your birthdate). Should you watch all these programmes now, how would you get the childlike feelings? And then how do you learn all the teenage vocabulary that is so much broader than the little you can come across in movies, songs and even real life (unless you go for a very peculiar immersion)?

I don’t mean to sound negative. For my part, I am trying to impregnate myself with no more than the mere English language, and I can’t seem to see the end of my education. So when it comes about a whole culture, I think it’s just too broad to ever be able to grasp it all.

Nickie Race-Jones [NZ] I agree with Julie – I learnt an educated French through French literature at Uni, then a totally different French through teaching kids and young adults (complete with all the songs!) and then lived in St Martin for a time selling property to the French. French slang and idioms are also very rich and challenging! I think whomever the French audience, they always appreciate the effort.

And now I would like continue our discussion. I would love to know what you think… If it’s ever possible to become French, where do you start your cultural education?  What would you call intrinsically français?