Who is worthy of raising the tricolore? 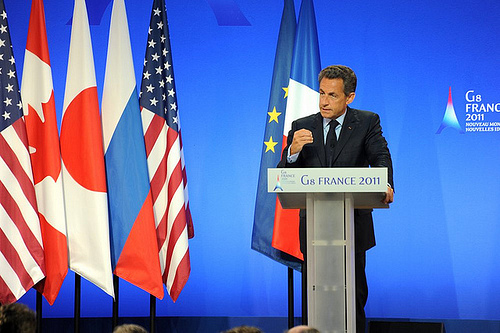 In two and a half months, the French will go to the polls to elect their president. The race for the vote was launched on 15th February, when Nicolas Sarkozy officially announced that he would be running for election.

François Hollande’s race for the presidency has been truly under way for weeks. With an election campaign that was a bit insecure at the beginning, the socialist candidate reversed the situation by giving a successful presentation of his policies on 22nd January at Le Bourget in the department of Seine Saint-Denis (known for economic and social difficulties).

In his speech, he recalled what ‘presiding over the Republic’ means to him. He started by highlighting the cultural differences between France and the French overseas administrative departments. He recalled that, despite this, French citizens belong to the same nation, share the same values, the same principles, the same language and culture, and thus they are all yearning for the same future. Hollande clearly wants to mark a separation from right-wing ideologies and the more conservative parties that, for example, set themselves against voting rights for immigrants. 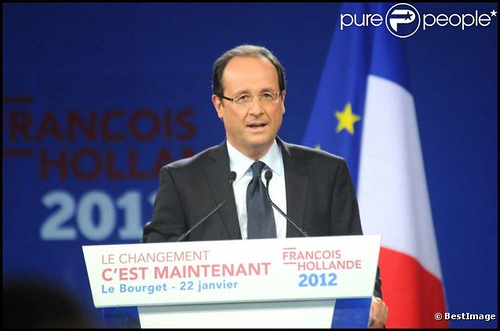 He then expanded upon his definition of ‘presiding over the Republic’, using precise characteristics to openly criticize Sarkozy. Not only did he allude to the head of state dismissing the journalist Patrick Poivre d’Arvor, who compared him to ‘a little boy’ in June 2008, but he also condemned the welcome extended to the Libyan president Muhamar Kadhafi in 2007 at the Elysée: “To preside over the Republic means to make sure everyone abides by the law … while protecting the freedom of the press … To preside over the Republic means not to royally receive dictators in Paris.”

He also mentioned François Mitterrand, the only left-wing president since the start of the French 5th Republic in 1958, who was in power from 1981 to 1995, and to whom Hollande was recently compared by some of the media. If 1981 represented a turning point for the Socialist Party, it still ended with bitter disappointment for the left. Indeed, “it changed very rapidly from being a party which had a programme clearly influenced by Marxism, to one which had fully embraced the politics of pragmatism, and in particular neo-liberal economic policy.”* Besides, François Mitterrand’s mandate was also marked by two periods of political cohabitation (1986-1988 and 1993-1995), when the French elected a majority of right-wing politicians. The indecisiveness of the French could, therefore, lead François Hollande to govern alongside a right-wing parliament and thus, a right-wing Prime Minister.

If the French like François Hollande’s proposed plan to tax the rich and improve equality, they may also appreciate Nicolas Sarkozy’s effort to resolve the euro zone’s crisis alongside Angela Merkel. A large proportion of the population has not forgiven his errors in judgment, which is mainly the reason why polls suggest Mr Hollande will win. However, Sarkozy’s leadership experience, particularly during times of crisis, may indeed work in his favor at the end of the day.

No one can be sure until 6th May. Until then, let’s keep an eye on the different organized debates to find out about every candidate’s position and proposals. In this period politics is exciting, isn’t it?

This article is one of a series that My French LifeTM will be publishing leading up to the French Presidential election.