The giant omelette in Bessières

My friend Agnès Landou lives in the Midi Pyrénées, near Toulouse. It’s a region known for good food, unspoiled medieval villages and… a giant omelette festival. This is an article by Agnès about her recent visit to Bessières.

If you are passing through the Toulouse region on Easter Monday, I invite you to make a detour to the small village of Bessières, about thirty kilometres from Toulouse.

Arriving there, you will quickly notice there are chefs, dressed in white caps and yellow ties, and surrounded by assistants, all busy on the Bellecourt esplanade, a space which has been specially arranged for them for that day.

What are they doing? They’re preparing a giant omelette.

According to legend, at the beginning of the 19th century, Napoleon Bonaparte stopped one evening in an auberge here to rest and have dinner. The Emperor was so delighted with the omelette prepared by the innkeeper that he asked the villagers to gather all the eggs in the area and prepare a huge omelette the next day for his regiment. 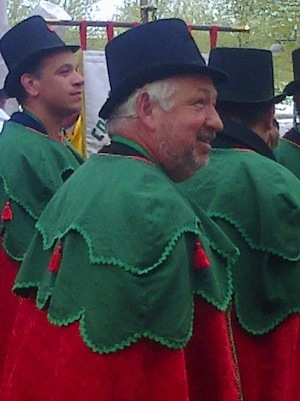 The soldiers loved their meal.

Since then, it became a habit for the residents to meet every Easter to prepare and give out free portions of omelette along with a piece of fresh bread to each poor person in the village.

A tradition was born. For nearly 40 years it has also taken a festive character, since the Global Omelette Committee was created. ‘Global’ since the idea has now spread to Japan and the US. Here, in Bessières, the birthplace of the Giant Omelette, the committee members dress in red and green and parade down the streets of the village each Easter Monday.

For a giant omelette you need a giant fry pan. They don’t skimp here! 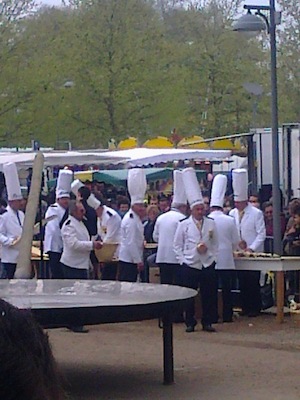 A steel fry pan four metres in diameter and weighing a ton is installed with a crane onto a bed of hot coals. The handle of the fry pan is simply a wooden pole.

The quantity of ingredients is impressive: 15,000 eggs (a record figure this year), 25 litres of oil, six kilos of seasoning, dozens of bunches of chives, hand chopped, and, of course, they must add some of the famous Espelette chilli pepper.

Add to that several loaves each measuring 1.5 metres in length and weighing 30 kilos and you’ll see that they are preparing a meal worthy of a character by Rabelais*.

When all the eggs are beaten and poured into the gigantic fry pan, a dozen cooks armed with large wooden spoons stir the mixture. Vapours rise above the creamy liquid and tasty smells spread throughout the streets.

They have to cook the omelette for long enough (but not too much) so that it’s cooked to perfection: that means not too runny, otherwise it’s difficult to serve.

Now all that’s left is to slice up thousands of portions and give them out. 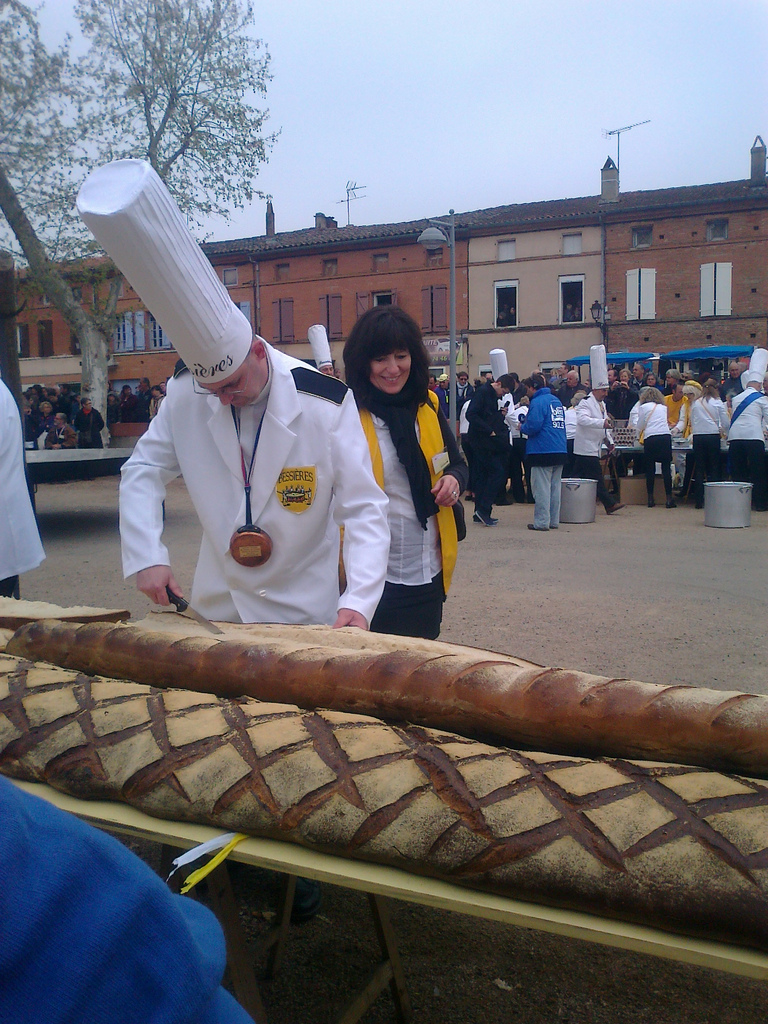 All the spectators by the barrier extend their hands to receive a plateful. Hurry – there’s not enough for everyone!

Too bad, but we haven’t come just for a free lunch. What matters most is the show and the joy of meeting one another.

A notion of sharing and friendship that continues year after year for the delight of adults and children on Easter Monday.

* Rabelais was a famous 16th century French writer who created the characters Pantagruel and Gargantua, who were giants. 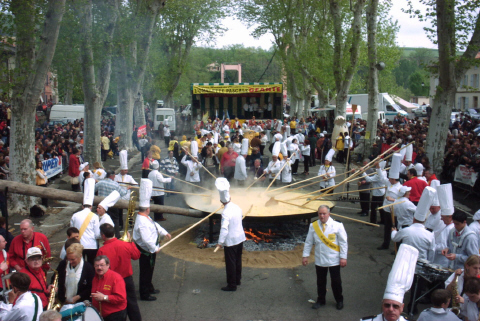