Toward a new French identity 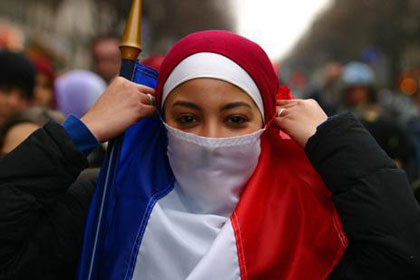 The marginalisation of immigrant populations in France has left many without hope for change. Is the election of Socialist François Hollande as President a chance for resolution?

Although a run-down on France’s colonialist past is no small task, the root of current unrest is fundamentally a crisis of identity. France has two conflicting ideas of itself: la France Traditionelle, and the France of today.

The Dichotomy of France Today

In the words of past President Charles de Gaulle in 1959, La France traditionelle is seen as people of Anglo-Saxon, Greek and Latin descent, possessing Christian faith¹. This face cherishes valeurs anciennes: its traditions, food, wine, and way of life that have existed since the time of the Gauls.

On the other hand, there is France as it really exists today: a mix of ethnic backgrounds and religions. There is an increasing number of people of Tunisian, Moroccan and Algerian descent, with Islam as the second most practiced religion. This is the ‘new’ France: an ethnically varied population with diverse religious beliefs, cuisines, lifestyles, and modes of dress. 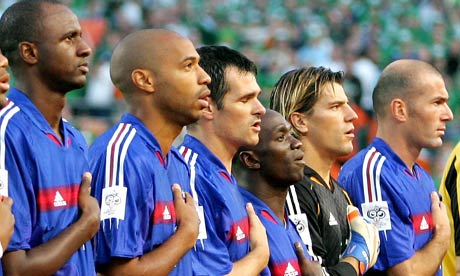 “France: either you love it or you leave it,” stated former President Nicolas Sarkozy in April 2006.² This is remarkably reflective of how France has adopted an expectation of assimilation towards its immigrant populations. This includes discarding outward displays of religion, particularly the Islamic headscarf or the burqa.

It is significant to note that whilst signs of Islamic faith such as wearing the burqa have been outlawed, crosses and other Catholic religious symbols have not received the same treatment.

The hijab has been banned in public schools on the grounds that as state-run institutions they are secular, according to the principle of la laïcité in the French Constitution. However, public schools still acknowledge Catholic holidays, whilst they ignore Islamic religious days. Indeed, many claim that Sarkozy leveraged this French fear of les beurs (Arabs) or Muslims to his advantage in attempt to be re-elected as President in 2012.

Much of this immigrant population has been crammed into housing estates in les banlieus, often deprived of public services and discriminated against by employers, leading to widespread unemployment.

This discrimination has lead to a deep sense of frustration, particularly amongst young people. Many of them are second or third generation French, who, whilst they have been born and raised in France, are still not acknowledged as ‘real’ Français. This frustration has manifested in sporadic suburban violence, seen in the riots of November 2005. 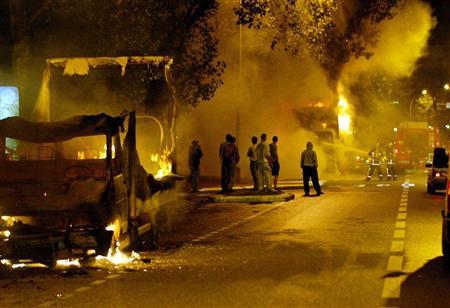 The issue is that these concepts of identity clash on a fundamental level: one holds on to traditional ideals and practices, while the other shows the changing face of French society.

In the aftermath of the social riots of 2005, Former President Chirac made a speech urging for acknowledgement of the diversity of the French population, and pleading for an evolution of ‘spirit’.³ However, with Nicolas Sarkozy pushing for anti-immigration methods and the upholding of France’s secular traditions for the past five years, it remains to be seen if this evolution of attitudes will occur.

With Socialist François Hollande taking over the role of President, we may finally see the changes in perspective that many marginalised French have for so long awaited.

Will France’s long-held traditions of égalité and fraternité lie to waste in paternal ambition? Can those on the fringes hope for a brighter future?

_______
Image Credits:
1. Burqa Ban, on Worn Through
2. The French Football team, on the Guardian
3. French suburbs, on Reuters