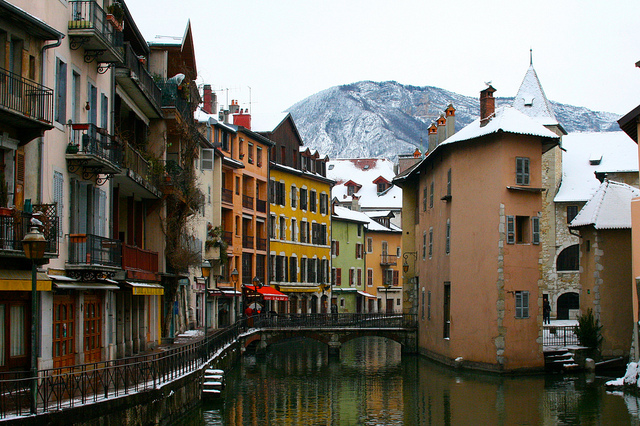 Nothing short of paradise on earth, the city of Annecy is located in the French Alps, on the edge of Europe’s cleanest lake. It is surrounded by majestic mountains, and crisscrossed by quaint streets and a canal populated by beautiful swans.

Annecy is a very special place to me because, in 1962, my uncle Jean was appointed the Catholic bishop of that town.

Parrain Jean (1908-1991), as everyone in my family called him, was my father’s oldest brother. I do not believe that anyone in my family had any inkling that he was on a papal short list of appointees for heading the diocese of Annecy. I remember being duly impressed with this turn of events. I knew where Annecy was, and thought that, for sure, this was a cake appointment – the location was better than, let’s say, Clermont-Ferrand or even Lille. 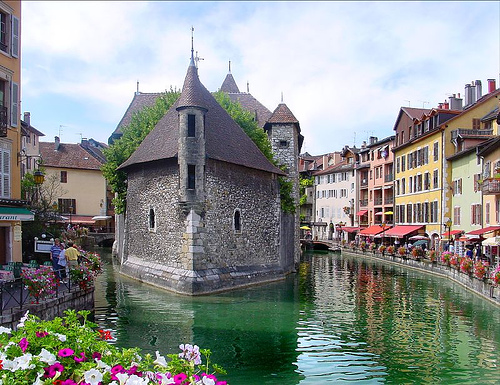 During our Christmas vacation in 1962, my brother and I got to spend some time at my uncle’s new residence. The évêché – which is what a bishop’s residence is called – was a very elegant place, with oodles of nooks and crannies that could keep two kids (10 and 11 years old respectively) fully intrigued and occupied for days.

The coolest thing was dinner time, not only because of the exquisite food prepared by Sisters Alice and Joséphine. It was also because, above the very large dining room table, there was a contraption with a button that my uncle would push after each course to let the nuns know that they could clear the table and bring the next dish.

The decadence of my uncle’s new lifestyle never ceased to amaze me – heck, he even had a chauffeur who drove his brand spanking new Citroën DS. Very conscious of his status as the 17th successor of Saint Francis de Sales, Parrain Jean behaved like a prince. 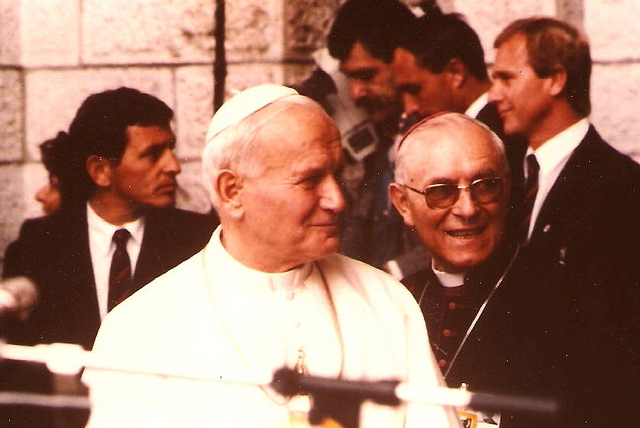 I remember him once asking people who were up in arms because we had arrived quite late for a ceremony at which he was to officiate: “Could you have started without me?” to which, when they answered “no,” he replied: “Well, then I am not late, am I?”.

Thus, as my uncle Luc – my father’s youngest and only living brother – reminded me recently, I once walked in Rousseau’s footsteps, since the great philosopher had lived, back in the 1700’s, in what had become my uncle Jean’s house.

While writing this piece, I looked for more details on the assertion by my uncle Luc that Rousseau had lived in what was then the évêché of Annecy (it is now at another location), but to no avail, so I cannot say whether this is truth or fiction. I like to believe that it is the truth. 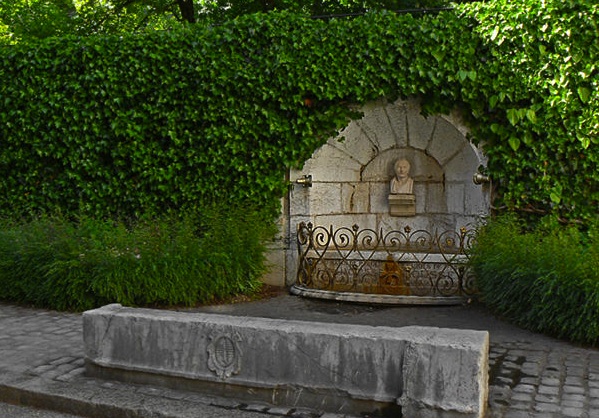 It is, however, a fact that Rousseau and Madame de Warens first met in a small garden adjacent to that house (pictured above). Dazzled by her, he wrote about this encounter in his ‘Confessions’.

I have not been back to Annecy since the early 1980’s, and I long to visit the city again. When I do, I will visit my uncle’s grave and thank him properly for the delightful summer vacations that he made possible for my family. Each August from 1963 to 1970 he let us use his modest secondary residence, which was located near the swanky lake resort of Talloires, at a time when my family could not afford a vacation.

I will also thank him for having, thus, allowed me to walk in Jean-Jacques Rousseau’s footsteps.

Image Credits:
1. Annecy, by Nicolas Nova on Flickr
2. The heart of the historic part of Annecy, on Eurostar
3. My uncle Jean, Bishop of Annecy, France, next to Pope John-Paul II, during his papal visit to Annecy, France.
4. La Fontaine du Balustre d’or, located on the site where Jean-Jacques Rousseau first met Madame de Warens, on Fontaines de France