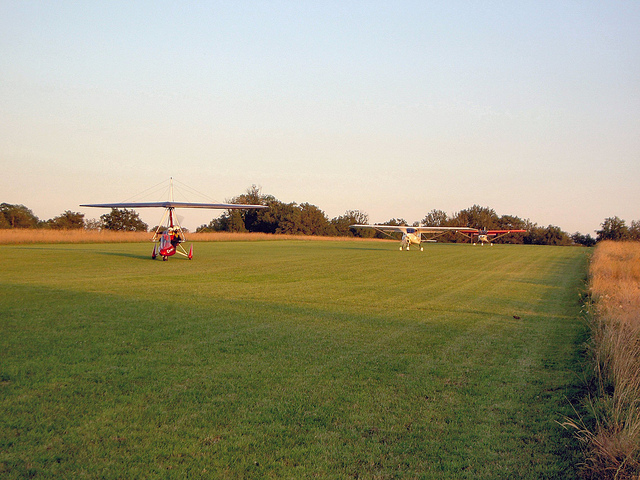 As someone who doesn’t like heights and gets a bit panicky in a pair of high heels, I was fascinated to talk to David and Amanda Lord, a couple who earn their living from flying and teaching others to fly. I was also thinking that it’s not the sort of business that you can run from home, but it is…. if you’ve got a 650-metre-long runway in your back garden!

Before they moved to France, Dave ran a flying school near Huddersfield in northern England for four years but he had too many students and not enough good flying weather. Amanda had been in sales and marketing for eighteen years. She was a Business Development Manager for DuPont, which she loved, but was less keen on working away from home and endlessly sitting in grid-locked traffic. 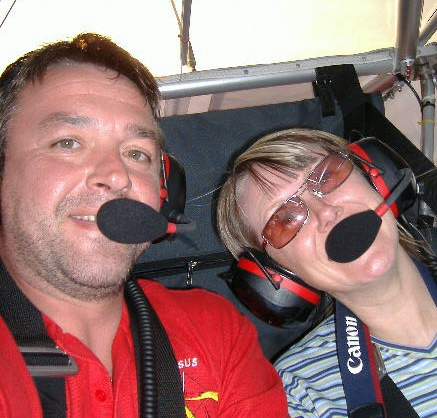 For twelve years the couple had been taking family holidays in France so they knew and loved the country, the lifestyle and the food. Once their children had grown up, the lure of better weather and the benefit of not being too far from family finally made it possible for them to move to Haute Vienne. They bought a former sheep farm with 65 acres of land and a large farmhouse, perfect for a flying school, and Wanafly Airsports¹ was born.

Students of the flying school stay in the three en-suite guest rooms which are also available to passersby, whether they arrive by plane or more conventional means.

I asked Amanda if there was such a thing as a typical student for them and whether there were any restrictions. She said that although students come in all ages and both sexes, the most likely candidate will be male, between 40 and 60 and very often an ex or current biker – as if that wasn’t thrilling enough! 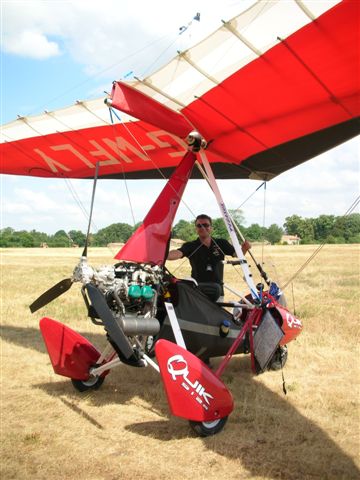 As for restrictions, you have to weigh less than 110kg fully clothed, and you can’t get your license until you’re 17. But you can start learning as soon as you’re tall enough to reach the pedals. You have to have a GP’s letter stating that you don’t have any medical history that might affect your training.

Planes can be modified to accommodate disabilities. Dave and Amanda’s friend David Sykes is paraplegic but last year he flew from York in northern England to Sydney, Australia in a flex-wing microlight. “He’s our hero” says Amanda. Surprisingly fear of heights is no bar to flying either, because guess who’s got thousands of hours of flying experience and is still afraid of heights? Dave himself, so perhaps there’s hope for me yet!

Amanda told me it takes a minimum of 25 hours of training to get a UK NPPL license but the average is about 40 hours. The test includes five hours of ground exams and a General Skills Test (GST) exam at the end of training.

Dave is a qualified instructor and examiner for Fixed-wing and Flex-wing Microlights. Microlights by definition have to weigh less than 450kg “all-up” but come in a wide variety of shapes, styles, models and prices. Although Wanafly’s core business is residential training packages, they do also get English speaking ex-pats who prefer to learn in their own language and then go on to get a French license once they’ve got some flying experience.

Amanda told me that what she and Dave love the most about what they do is meeting so many interesting characters and building great friendships with many ex students. Among those who particularly stand out in their memories is “Tom Sykes back in the UK, who at the age of 15 was working two paper rounds and a milk round to pay for his lessons. By the age of 16 he was flying solo around the skies of Huddersfield, what a lad!”.

And then there was Lee “a great guy, who came to us here in France and he had a very special way of training his brain, he would highlight his briefing notes with coloured markers, it was like the multi-coloured swap shop! But it worked very well and he passed his GST in 32 hours!”. 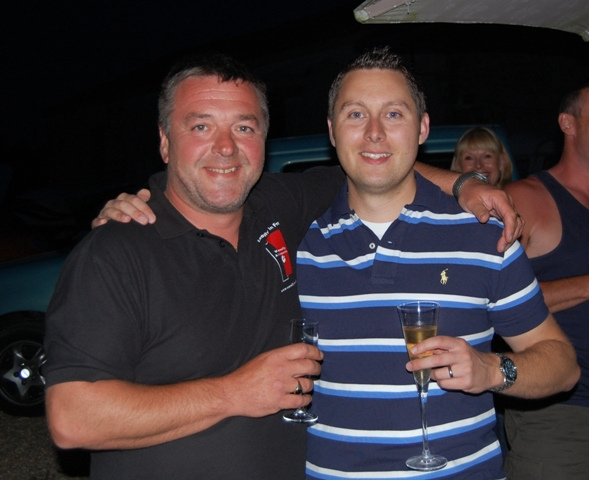 For Amanda, her biggest hero was her own father who “at the age of 65 took to the skies, passed his GST and then built himself a Skyranger microlight….all that with Multiple Sclerosis!”