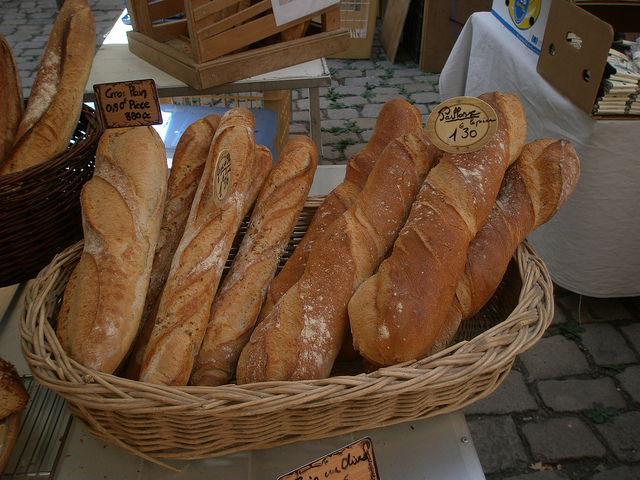 It’s good to have a French friend who lives five minutes by car from Uzès, in the Languedoc-Roussillon region.

Saturday morning – market day, we grabbed our shopping bags and were off. (Don’t bother trying to find a parking spot inside the city’s walls, though. Park outside and make the short walk in).

I had heard about Uzès but never been there, focusing my earlier travels on ‘A-list’ places nearby like Arles and Avignon, about 25 miles away. Of course, they’re worth visiting, but so is this ancient Gallo-Roman settlement.

The first Duchy of France, and a once-prosperous textile-manufacturing center, it was also a Protestant stronghold during the 16th-century Wars of Religion. Think elegant, cream-colored stone houses, painted shutters, arcades, and cobbled streets. A splendid marriage of magnificence and intimacy. 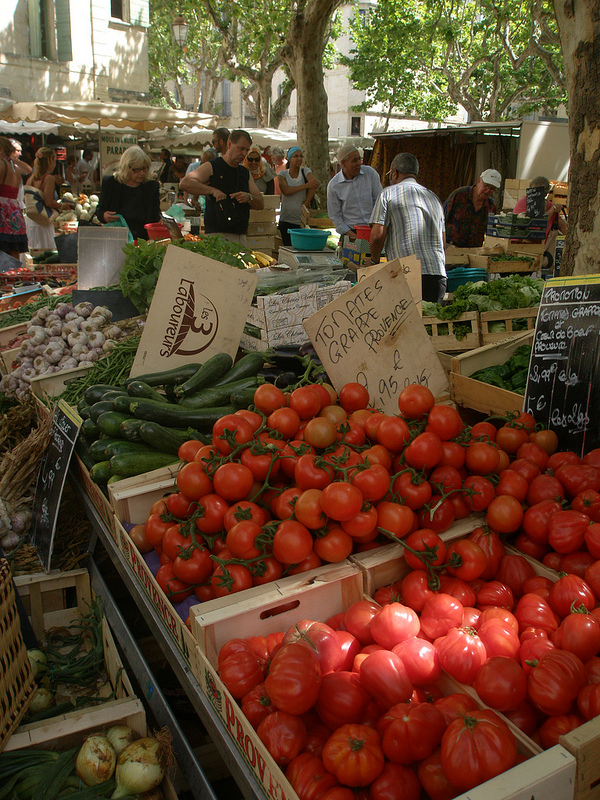 We headed past the tacky fast food stands toward the central square. Some of my favorite things immediately caught my eye. Tubs of olives and tapenade spreads, baskets of dried and fresh fruit, piles of glistening vegetables. Crusty breads and other baked goods, and stands of fresh and salted fish. 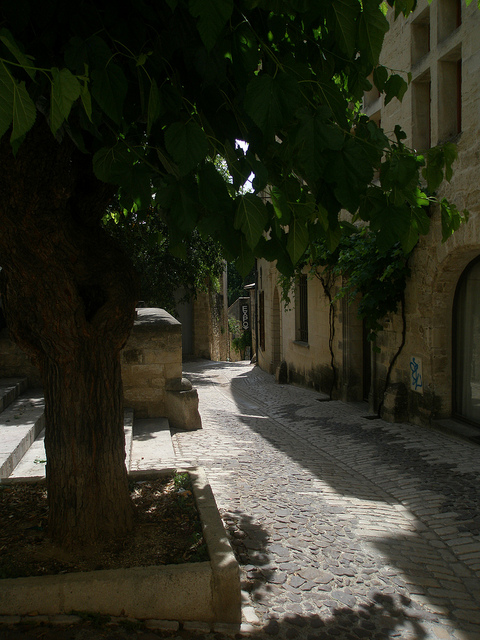 Fool that I am, I found someone selling those lacy, pop-up umbrellas that keep flies off your cheese and desserts. At one euro apiece they make a great gift. As the label says: “pratique, hygiènique, efficace.”

Right near the market there’s a delightful café-teashop-restaurant, Chez Cerise. The patronne was welcoming, the little marble tables and chairs comfy, our espressos strong, and the sideboard groaning with delicious desserts.

You should definitely remember to look up when you’re in Uzès; the massive Duché Palace plus three feudal towers – the Bermonde, Bishop and Royal – are jaw dropping. 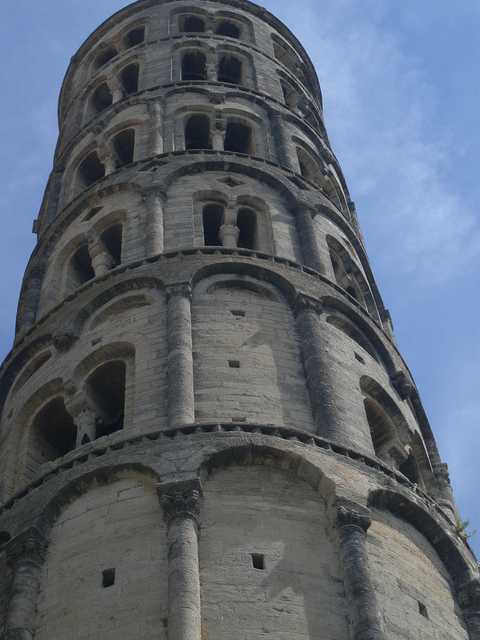 But what I loved most was a place we stumbled upon: an enclosed medieval garden, le Jardin Médiéval. It was tucked behind the market on the Impasse Port Royal. It was closed but the gardien was just returning from an errand.

Since my husband is a master gardener back in Wisconsin, we gently twisted the caretaker’s arm. The garden has 400 varieties of plants used during the Middle Ages – ornamentals, aromatics, and vegetables. 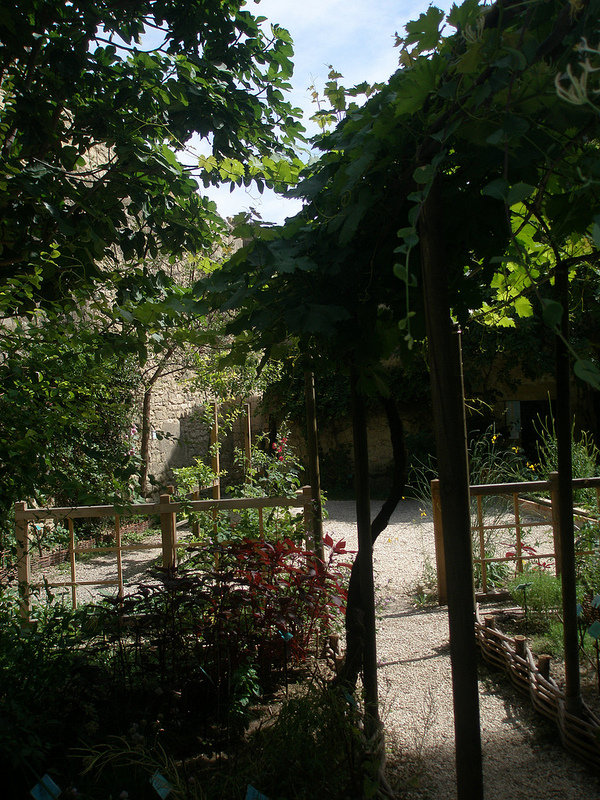 “Cinq minutes,” he said, opening the gate to let us in, but he gave us more than that.

All I really needed was une seconde ou deux to know I’d been transported. I was experiencing one of those rare moments of transcendence à la française, the ones that make travel worthwhile.

Clichés are tempting – such as, ‘lost in time’. But yes, you do feel humbled and still.

Do you know the feeling?

All images by Sylvie Manin