The best of French in New York: Château Cherbuliez 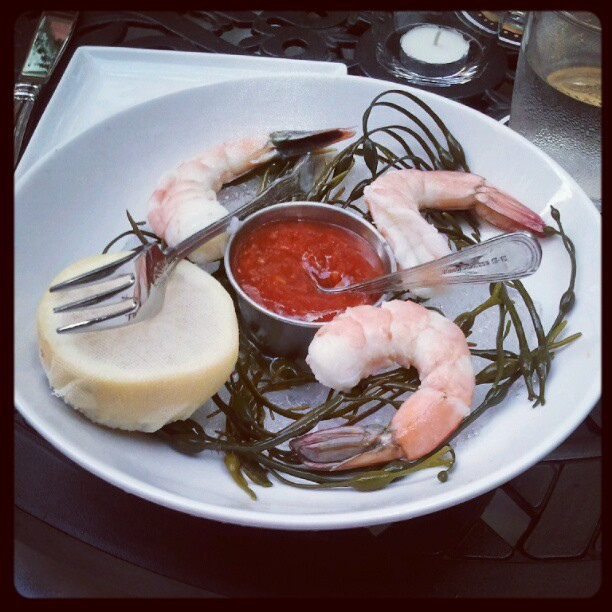 I found the South of France portal in New York City. No really, it exists. Simply walk through the gate of the just-opened Château Cherbuliez on 47 West 20th Street and get ready to be transported.

This new restaurant, brought to New Yorkers by celebrity chef Todd English, is a French oasis that only true francophiles and French expats can dream up.

Upon entrance there are French men offering you glorious looking glasses of wine, corseted women bringing you fresh oysters and luscious plates of classic French food, and a patio nestled in the shadow of an overwhelmingly beautiful Gothic Revival church.

Sound too good to be true? Perhaps. But in this francophile’s opinion, it sounds just like France. And were it not for the unavoidable New York street noise just outside the gate, it would be difficult to tell how the French bubble they have created is not in fact France itself. 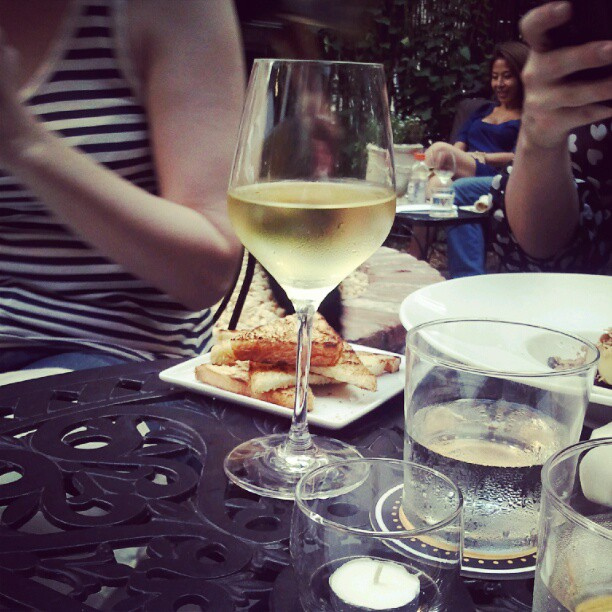 My girlfriends and I arrived after a typical strenuous New York workday. We were blissfully greeted by a handsome Frenchman, apparently on standby to look out for stressed-out, lovely ladies who needed to unwind and be spoken to with that extra bit of care.

Happily charmed and seated at an outside table, we ordered ourselves a bottle of Alsace pinot blanc and proceeded to relax with a level of conviction that only the French can achieve.

And, oh mon dieu, did we relax. 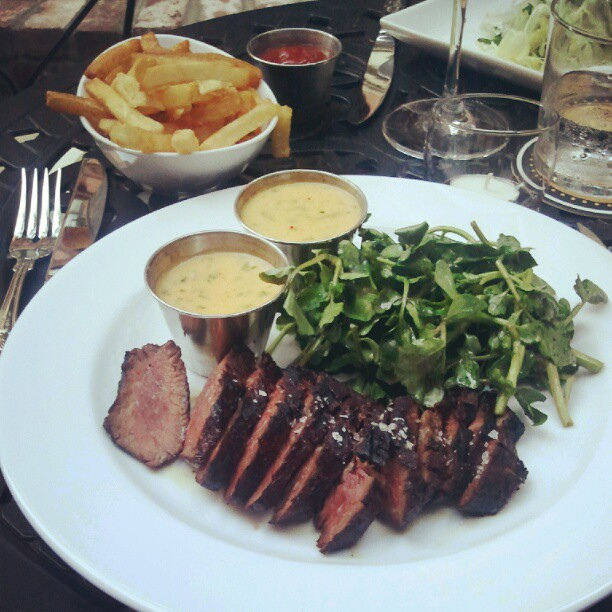 While I could have easily been content with a simple glass of wine and a plate of cheese, I instead employed the French belief that life is too short. It was time for me to enjoy myself. So I ordered a fresh shrimp cocktail to start followed by a classic steak frites with Béarnaise for my main dish.

Both were as delicious as I expected. By the end of the meal (and on our second bottle of wine) I actually felt as relaxed as I was last summer, sitting on a tucked-away patio in Provence. It was exactly what I needed and exactly the pseudo-escape I’ve been craving from the city that never sleeps.

It’s no secret that New Yorkers have a plethora of choices for French food and drink to choose from, but if you’re looking for me I will most likely be at Château Cherbuliez as it has now leaped to the top of my favorites list.

Because, let’s be honest, French-level relaxation in Manhattan is hard to come by; I’m smart enough to know it when I see it and keep coming back for more.