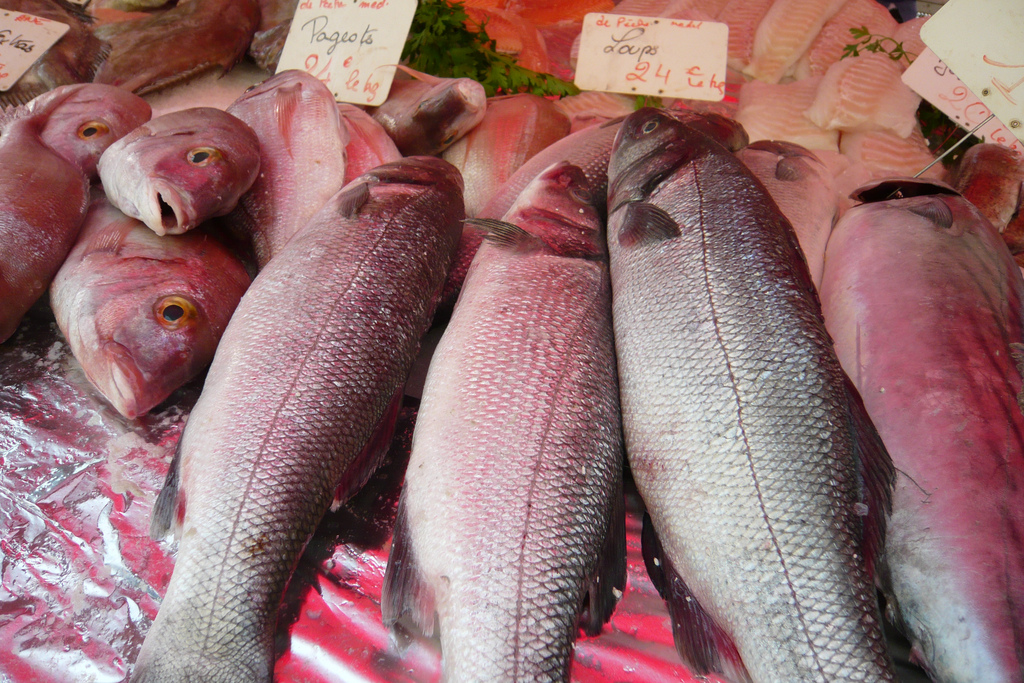 Food markets are an intrinsic part of daily French life. Nice, on the Côte d’Azur, is home to many wonderful markets, with one of the best found off the tourist track.

If you can take a French city’s pulse from its food markets, then the markets of Nice say a lot about the Niçoise – colourful, noisy and just a little bit chaotic.

Most visitors to Nice at some point head for the best-known food and flower market in the city’s Old Town (Vieux Nice). The historic Cours Saleya Marché, named after the street it runs along, is a bustling, vibrant market with fruit and vegetables, olives, herbs and Provençal gifts. 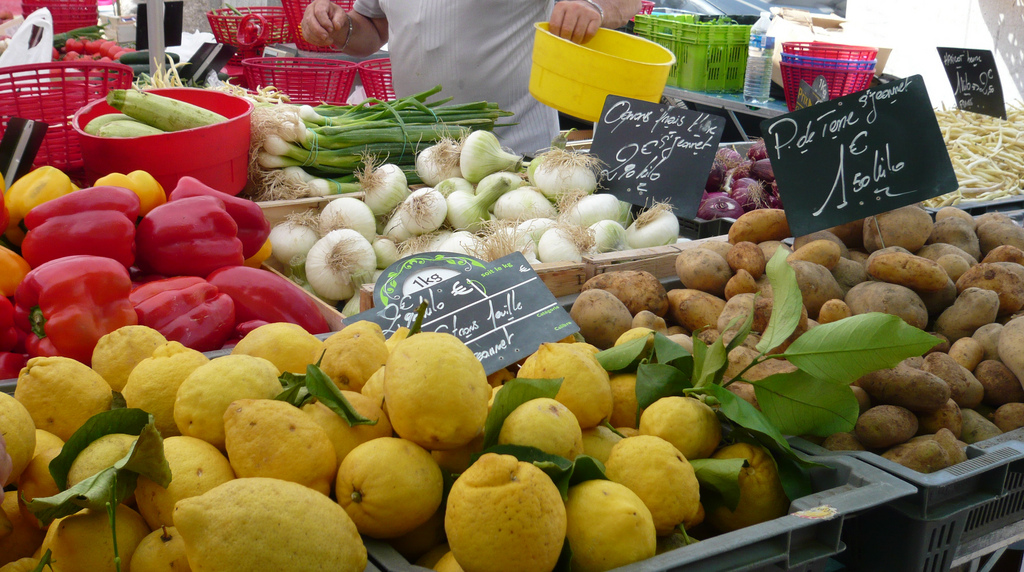 As much as I love the beauty and history of the Old Town, the market’s authenticity is often stretched and prices exaggerated for most of the year. You will hear more English, German, Russian and Swedish spoken than French.

The restaurants and cafés that line the market entice (or repel, depending on your view) with their multi-language menus. The usual fare is pizza, oily légumes farcis (stuffed vegetables) and a sad excuse for salade niçoise (perhaps the greatest culinary crime of all is committed in Nice in the name of la salade niçoise).

Where the French shop in Nice

Most neighbourhoods in Nice have their own daily small local markets. These are always fresh and far better than shopping in the supermarkets.

However, not far from the centre there is a much larger Niçoise market that rivals 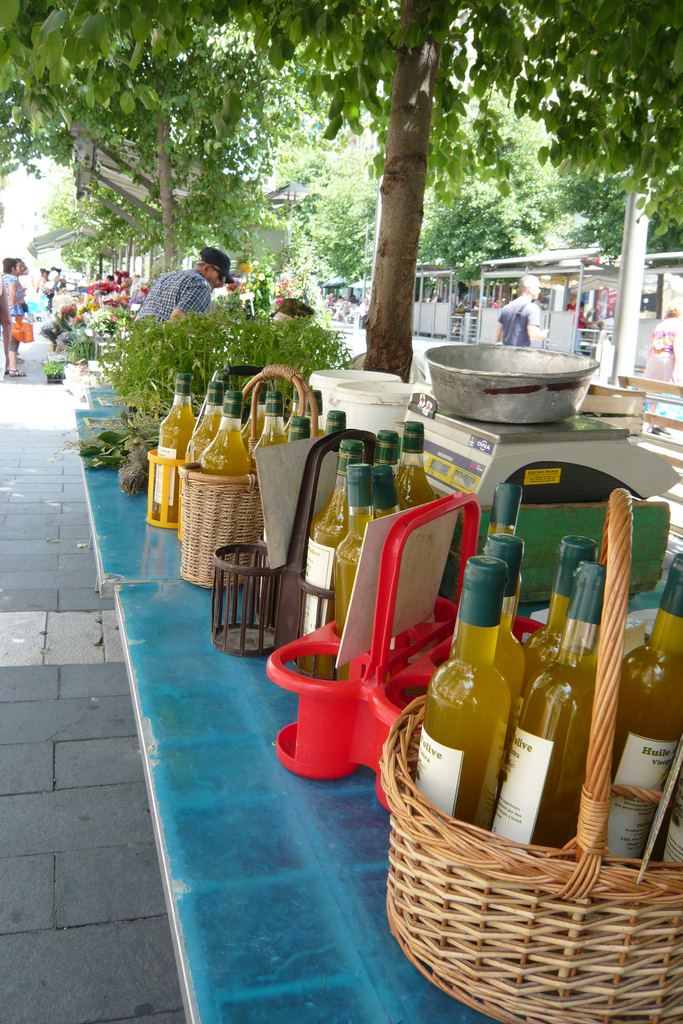 Cours Saleya. Found in the neighbourhood of Liberation, it is only a few tram stops from Place Masséna in the heart of Nice.

What is different about this market is that it’s for the people who live here. You won’t find cute lavender bags or overpriced olive oil. Instead what you will discover is the freshest fish in town, in-season fruit and vegetables, and bountiful fresh herbs for half the price anywhere else.

The stall-owners always want to know what you are cooking and generously offer free lemons or bunches of basil and parsley depending on the season.

As well as the outdoor stalls, there is a covered market with deli shops selling everything for a spontaneous picnic, from cheeses, olives and sun-dried tomatoes to bread and salamis.

A French neighbourhood for browsing

Liberation has the bristling atmosphere of a genuine French city neighbourhood. The local restaurants that run along the tramline where the market sets up every morning (except Mondays) serve honest Niçoise fare. One of my favourite snack bars is Kiosque Tintin. It’s just a hole in the wall, but people queue round the street for the pan bagnat (niçoise salad in a bread roll – a must try) and an espresso.

The people here are almost exclusively 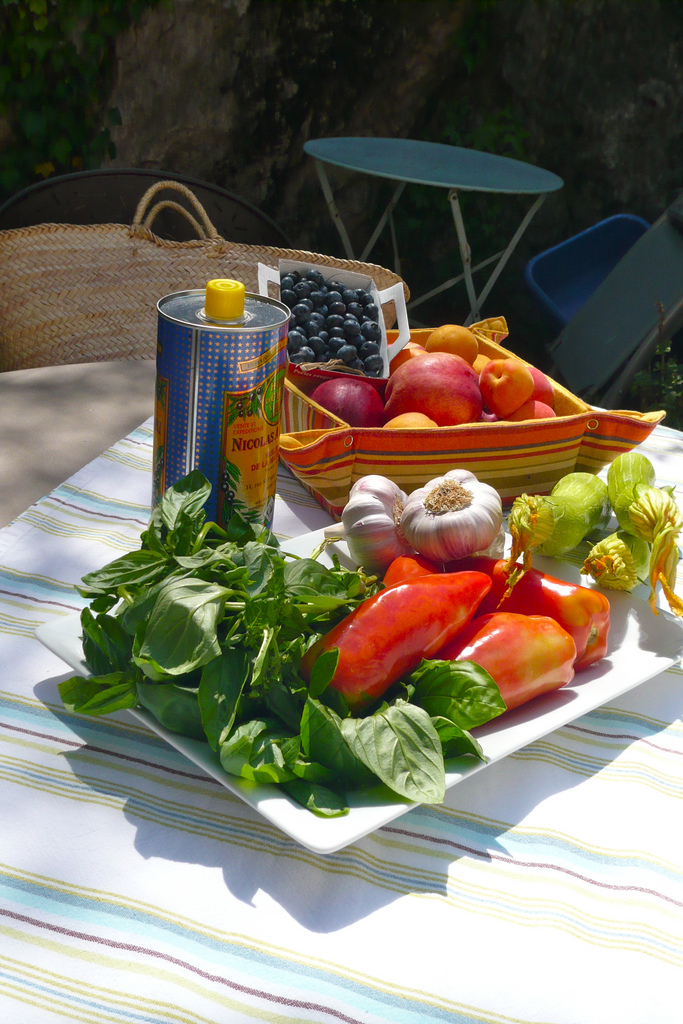 French. Young families gather in the park; old men stop to have a pastis and chat; mature ladies dress impeccably just for the shopping. The neighbourhood is worth the trip to admire the glorious Belle Époque architecture.

The grand old railway station façade that overlooks the market (and which lay in ruins for years) is now being restored and turned into a médiathèque. A little back from the market is a wonderful Art Nouveau church, Eglise Sainte Jeanne d’Arc, known as the ‘meringue’ because of its unusual towering white curves.

Nice is a city of obvious charm and yet there is much more to discover away from the well-worn tourist paths. It’s worth taking the time and being a little adventurous on your next trip to belle Nice. The tram to the market costs only one Euro, by the way. What could be better?

All images by Rebecca Russell