The future for gypsies in France 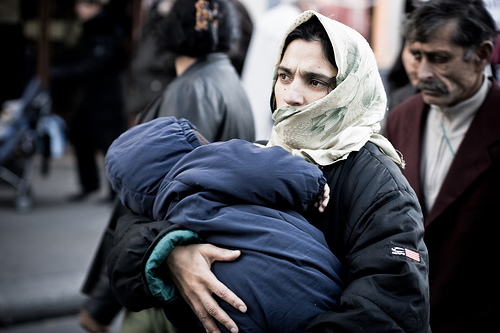 Mention the subject of Roms (Roma, in English) or ‘gypsies’ to a French person and you will quickly realise that this is somewhat of a national sore spot, and perhaps rightly so. It’s a little bit like bringing up the touchy subject of the Stolen Generation with an Australian.

Groups of people from Romania and Bulgaria have lived in France for hundreds of years and many are part of longstanding communities.1 Major populations reside in Paris, Lille and Lyon. 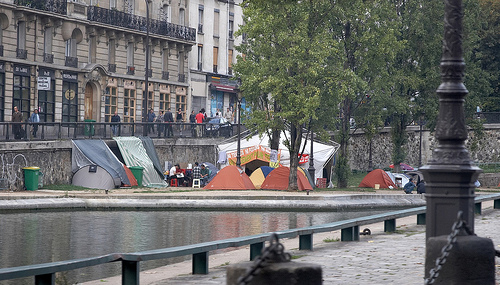 The general sentiment in Europe seems to be that these groups are thieves and criminals, though Roms do not see themselves this way, and many state their desire to work.2 As one young Roma living in the streets of Paris told France 24 in August:

“You think I like to live like a dog? I would rather work, and I am a hard worker. I would take any work, but for the moment there are zero opportunities.”2

The situation in France

Pre-2007, perhaps it was enough for the French public to largely disregard the Roms and hope they might move on. But since Romania and Bulgaria’s accession to the European Union in 2007, the game has changed.

Transitory measures remain in place, however, and prevent Romanians and Bulgarians from working in France without need for a work permit.3 The Roms say it is extremely difficult to get a work permit.4

Former French President Sarkozy was criticised for his hard-line approach to the situation, destroying many camps and deporting more than 1000 Romanian and Bulgarian citizens back to their home countries in 2010.6 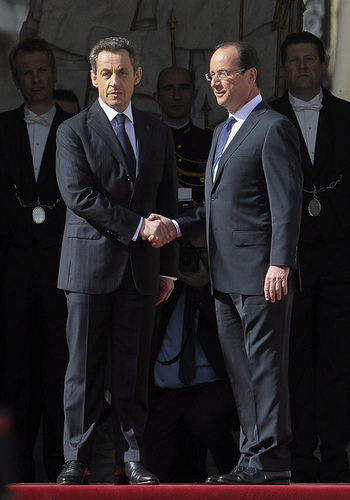 It seems however, that it isn’t only the centre-right camp who are concerned about the situation, with newly-instated President Hollande reneging on his election promises to find a more sustainable solution and, two years later, appearing to follow in Sarkozy’s footsteps.7

France’s approach vs. the rest of Europe

This is not only a hot topic in France, but in many other EU countries as well, including England, Italy and Greece. The one country receiving good press amongst the overwhelmingly negative discourse is Spain.

Whilst many argue that the situation in Spain isn’t comparable to that in France, Spain has taken an alternative approach that seems to work for them. Their focus is on inclusion of these communities, via the provision of subsidised education, access to national healthcare schemes and, perhaps most relevant in the context of France, the right to work.8

We could go round in circles here in what largely amounts to a chicken and the egg dilemma – but the question remains, what is a sustainable solution for both the Roma and for France?

The right to work: a solution for France?

“The right to work is fundamental to the fate of Roma in France and elsewhere…the current system condemns them to begging and hamstrings any meaningful attempts to integrate them into the community.”9 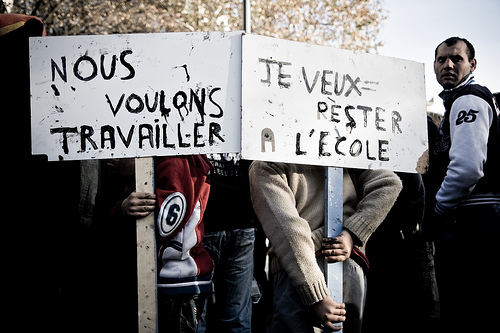 I for one will be fascinated to revisit this topic post 31 December 2013, when all transitory measures cease and the right to work in France without a work permit is extended to Romanians and Bulgarians. But will this be enough, or does an issue as complex as this require a multifaceted solution?

What do you think?
____
References
1 France begins deporting hundreds of gypsies from illegal camps by Peter Allen 19 August 2010
2 The Roma who live and beg on the streets of Paris by Charlotte Boitiaux 23/08/12
3, 7, 9 France dismantles Roma camps, deports hundreds by Tony Todd 10/08/12
4 France sends Roma gypsies back to Romania by Christian Fraser 20 August 2010
5 France and the Gypsies, Then and Now by Robert Zaretsky and Olivia Miljanic September 6 2010
6 Paris Dismantles Gypsy Camp, Families Vanish by Lori Hinnant August 8 2012
8 Spain’s Tolerance of Gypsies: A Model for Europe? by Andreas Cala Sept. 16 2010
____
Image credits
1 philippe leroyer on Flickr.
2 Luke Robinson on Flickr.
3 Globovision on Flickr.
4 philippe leroyer on Flickr.