Autolib: France on the move 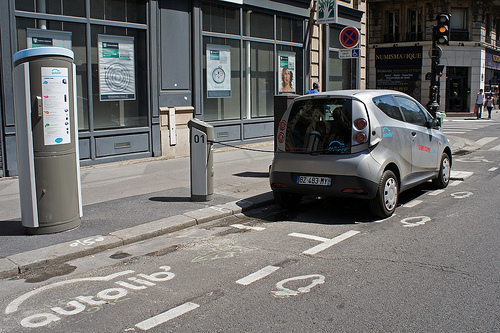 After seven years spent as a French expat in Canada, I returned to Paris for good last summer. I was concerned by how difficult it would be to settle again in my homeland in a time of crisis and to adjust to a society – as I had been warned by some Cassandras – that had dramatically changed, and not for the better.

I cannot draw conclusions on that yet but would like to report on an experience that made my move – both figuratively and concretely – a fantastic, easy one.

The name of it is Autolib: ‘auto’ for automobile and ‘lib’ for liberté, a word built like ‘brunch’ or ‘chunnel‘.

The concept is not new, as far as using a means of transportation that is not your own is concerned. Vélib, for instance, is successful and known in other cities all over the world under different names. Autolib is, however, a bigger and riskier challenge.

The project was officially implemented on 5 December 2011 with 250 little electric Bluecars (their given name) and rental stations. 10 months later, the network has grown into 1740 cars and 1100 stations and centers.¹

You cannot walk in Paris and miss them. They are everywhere, three to five cars, along the street, tied to their recharge unit. That is how I first considered using this service. Who were they for, how did it work? How much did it cost? I was intrigued.

I went to a center, next to Opera, and had it all explained with the model car. I left the place with a week’s subscription and a personal badge, which I got by following instructions through a video call on a machine. All I needed was my driver’s license, my credit card, and a cell phone number (so if you’re a foreigner, you’d better have an international plan).

The first time I used it was to return from the vet with my dog, quite a long distance, it was raining and no taxis would take us. I had downloaded their app on my smart phone which showed the stations and available cars in real time. 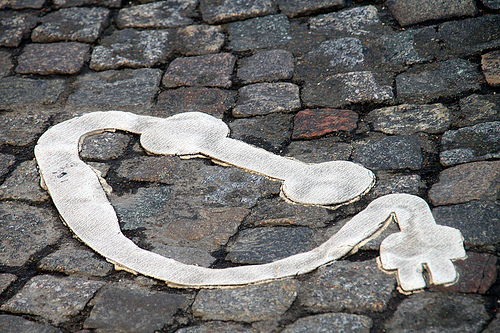 Less than 30 minutes later I was home and as soon as I had plugged the charging cable to the unit and locked the car (by passing my badge on the sensor on the driver’s window), I received a text message telling me it had cost me seven euros. I was flabbergasted, excited and relieved to have managed it all as the first time was very intimidating!

Today I have a year’s subscription, I pay five euros for 30 minutes. The Bluecar does for me what the metro, the buses, the bikes, and the taxis cannot. 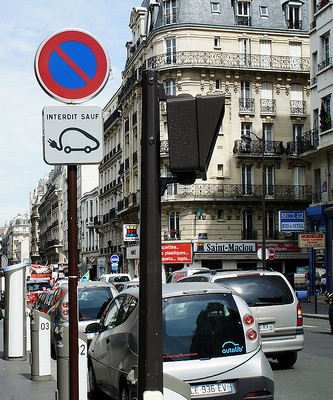 I can drive outside Paris and pick up my granddaughter at her school in the suburbs – easily, quickly and cheaply. I can do my food shopping. I drive around Paris without worrying about parking places and fines. It’s great at night to return home after a show, and I can even reserve one or a parking spot provided it is within the half hour. I know people who take it every day to go to work.

It doesn’t go to the airports though as the taxi lobby would not permit it.

Finally, I’m having a blast in Paris driving the little electric Bluecar and I believe it’s a true Parisian experience! It’s fun, easy to use, cheaper than the taxis and even the metro. If you are a family of two to four it is an awesome way to discover Paris nowadays, en toute liberté!