Why Gabriella came to France 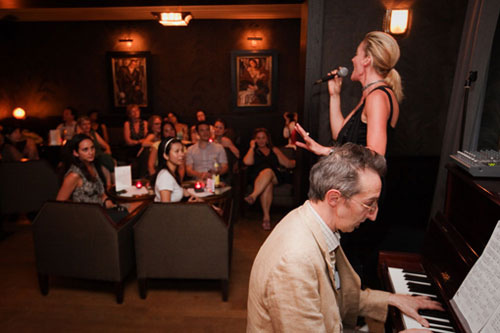 I’m in Paris, where I live, attending a soirée organised by My French Life™. I’ve spoken to a lot of very interesting people, including the magazine’s fondatrice Judy MacMahon, whom I’ve met for the first time. It’s getting late and I’m thinking of leaving, but Sylvie, who’s organising the soirée, wants to introduce me to some more people.

A tall girl stands up and says, “I’ve seen your photo on My French Life. I know who you are.” We sit down and after learning that she’s been living in Paris for three years, I ask the usual question, “Why do you like living in France?”

“Because it feels right,” she replies. She then explains that she left Sydney at the age of 29 because she had never felt that she really belonged in Australia.

I’m surprised to learn she’s teaching English. How did she get a work permit? Because she has an EU passport, from Sweden of all places. “So one of your parents is Swedish?” I ask. “No, Hungarian.” 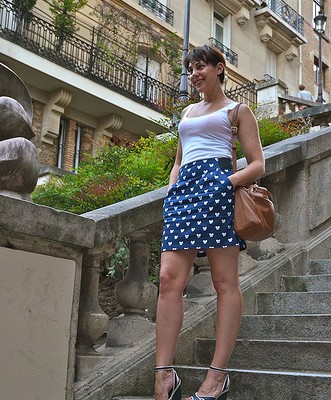 She explains that when her father fled Hungary with the rise of Communism back in the 70s, he went to Italy first where he spent six months in a refugee camp. After an interview with the Swedish Commission there, he emigrated to Sweden.

Then one day, he went to see a friend on the Yugoslavian border and met Gabriella’s mother. Within 12 hours, he had proposed. He took her back to Sweden and they married in a registry office. But Gabriella’s mother, a graphic artist, hated the cold weather.

One Sunday afternoon at a friend’s place, they saw a brochure on Australia. They were immediately drawn to the sunny beaches. Who wouldn’t be? Gabriella’s father eventually bought a Caltex service station and her mother opened a small beauty parlour which grew into a beauty institute, attracting people from across the globe. 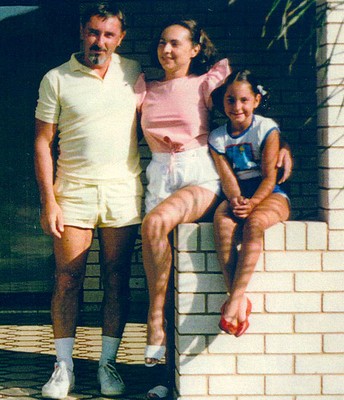 After graduating from university, Gabriella worked with her mother in the institute but the feeling that she really belonged in Europe started to grow. So she bought her ticket and left, encouraged by her mother who understood her need. Her father, however, was devastated, knowing he was losing his only child.

The big question once Gabriella arrived in Europe was deciding which country she would like to live in. Sweden was too cold, obviously. She thought that Italy or France might be a possibility, and finally ended up choosing France.

She moved into a tiny basement flat in Paris and was very miserable during the first months, working in an English pub under terrible conditions that were detrimental to both her health and morale. 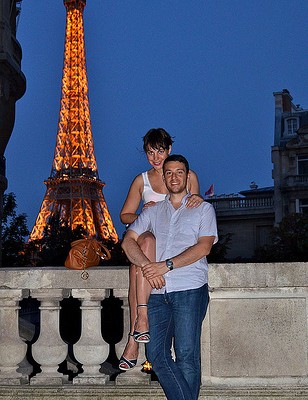 Everything seemed to go wrong in the flat: the heating didn’t work, nor the Internet… The landlord sent along his son Matthieu. I think you’ve guessed the next bit!

One thing led to another and now they are living in their own ‘little château‘ in Versailles, despite the fact that Gabriella nearly moved to Budapest at one stage in desperation, after being out of work for four months. Just in time, she managed to get a job teaching English in Paris.

Gabriella has a wonderful project ahead of her. She wants to study pâtisserie and is due to start a course in January. In the meantime, she’s going back to Australia for the first time in three years, this time with Matthieu, and is wondering how she is going to react. Will she want to stay there, or will France still seem like home?

Have you ever asked yourself a similar question?