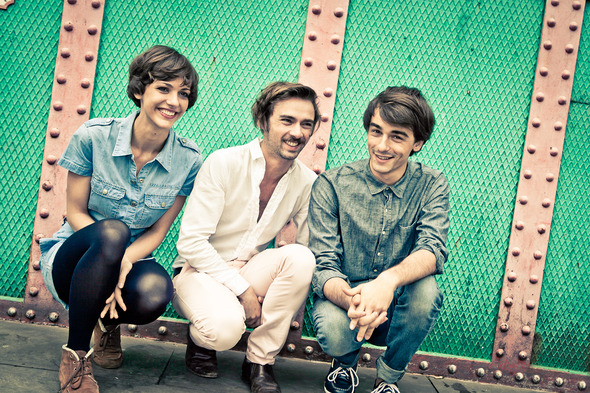 As the temperature cools off, musicians from all over the world flow through Paris in autumnal musical bliss.

Welcome to your monthly French music guide, ‘Paris Rocks’ for October 2012 – your backstage pass for the ‘must-see’ concerts in Paris.

While the blustery days of fall settle over Paris, there’s one part of French life that refuses to cool down: the music scene. If you’re an expat hoping to find some new musical favorites, or a traveler lucky enough to be in Paris in October, you’re sure to love these top five acts rolling through Paris.

This Quebecois band has gone through many incarnations over the years, but one thing that hasn’t changed is its solidly fun, driving pop sound. Don’t be fooled by the catchiness, though: hidden within the invigorating melodies are complicated layers of instrumentation and lonely lyrics in the distinctive voice of Nicolas Thornburn, also known for his work with The Unicorns.

This trio of Parisians is almost too adorable to bear. Mixing snap-tastic simple beats with twinkling xylophone overlays and sweet vocal harmonizing, WWE crafts perfect indie pop tunes that are impossible not to dance to. The Fly called their live shows “an utterly joyous live experience”, and the above video filmed during SxSW this year supports the sentiment.

This genre-setting English band is known the world over for their musical rebellion. Though they started off as a basic grunge band, they eschewed the normal path of reproducing their popular sound, instead creating the electro-rock ode to modern loneliness, the masterpiece album ‘OK Computer’. As that album launched a thousand copycats, Radiohead continued to veer in unexpected directions with the strictly electronic ‘Kid A’ and ‘Amnesiac’.

When they later released ‘In Rainbows’, for which customers could pay however much or little they wished, the album became a critical and financial success. Still going strong today, Radiohead is considered a band that can be relied upon to change the musical landscape.

I’ve been in love with this fun NYC band since the first time I heard their hilarious song ‘Filthy and Gorgeous’ way back in 2005. Since then it’s made me happy to see their success grow ever larger, all the while remaining true to their sassy, spunky, booty-shaking spirit.

The video above may be called ‘I Don’t Feel Like Dancin’ ‘, but if you manage not to while hearing it, you are a stone. They’re known for their wild live performances, and if any band can get the French up and dancing, it’s Scissor Sisters.

This Belgian-Australian singer/songwriter has been on the music scene for years, but has only recently gained international recognition with his popular song ‘Somebody That I Used To Know’. The song’s tinkling catchiness and singalong lyrics made for the perfect breakthrough hit and has spawned hundreds of remixes, covers and parodies around the world. A deeper listening into Gotye’s other work, however, shows that this hitmaker has a creative and fruitful future ahead of him.

Image Credits
1. We Were Evergreen, via The Mahogany Blog