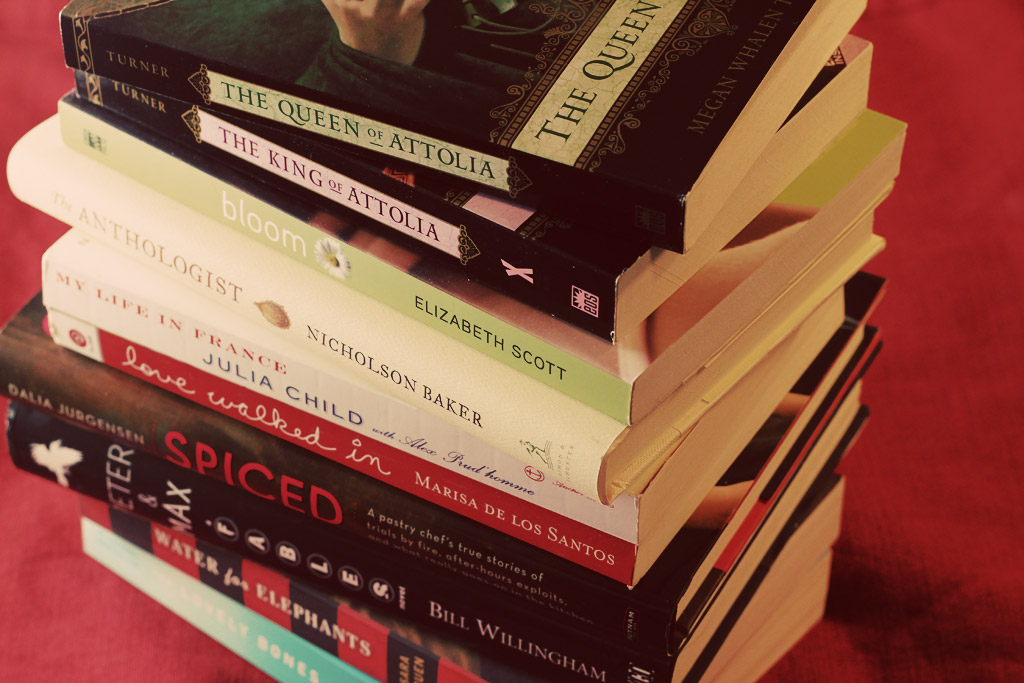 When I’m not living or traveling in France, I do one of the next best things – I read about it.

Histories, cookbooks, novels in French or in translation: you name it, I read it. Especially memoirs about traveling around, moving to, or living in France.

One of the most perspicacious travelogues I’ve read in a while is Vivian Swift’s ‘Le Road Trip: A Traveler’s Journal of Love and France’ (Bloomsbury, 2012). 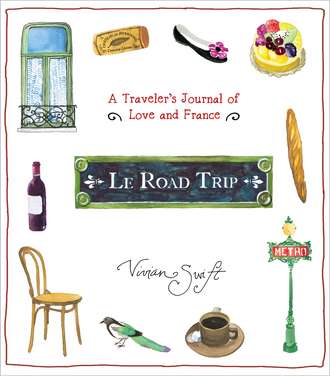 I was a little put-off by the title – it sounded a bit too cute. But Swift quickly wins you over with her down-to-earth story of a middle-aged romance and honeymoon in Normandy, its high and low points.

Travel tips are woven in that seem born of both enthusiasm and experience. (She started traveling at the age of 19 and has dozens of countries on her bucket list). And her watercolors are more breathtaking than any collection of photographs. 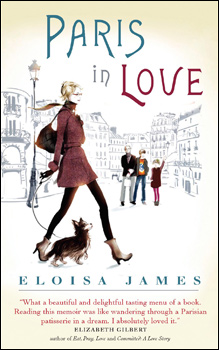 Romance novelist Eloisa James’ ‘Paris In Love: A Memoir’ (Random House, 2012) has a longer trajectory: a sabbatical year instead of Swift’s several weeks. James went to Paris with her husband Alessandro and two youthful children not long after recovering from cancer. Actually, the book reads like a journal and is the product of Web posts during her time abroad.

In less elegant hands, the book might have been a plodding affair. But James, a nom de plume, knows how to draw you in to the daily life of a family. (She’s really Mary Bly, on the Fordham University English department faculty).

You follow James’ children to school, share the tribulations associated with a change in culture and language, and root for the kids who triumph toward the end. James describes what it’s like setting up house in a foreign city and takes you along to some of her favorite places. It’s like museum-going and shopping excursions with a good friend. Breezy, fun, but savvy. 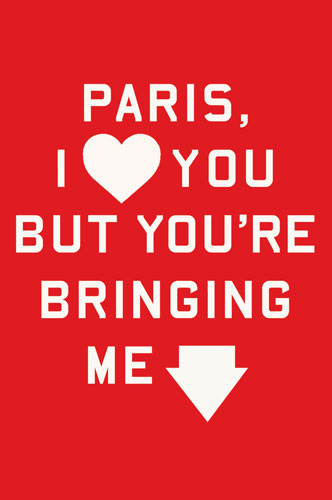 The last book on my recent list left me a bit unnerved. Rosecrans Baldwin’s ‘Paris I Love You But You’re Bringing Me Down‘ (Farrar, Straus, Giroux, 2012) has a nasty edge. Although he’s lucky enough to get a cushy job for 18 months at a French advertising agency, the author is never completely happy. You want to take him in hand and say “Stop whining!”

But I guess that’s the point: not every assignment, even the one you’ve dreamt about, is going to be perfect or without adjustment. Language confusion. Downright weird co-workers. Contrasting life-styles. The trouble is he doesn’t seem to ‘get it’ until it’s almost time to go home. I almost wished his wife Rachel had written the book. She’s the one who, without a regular job, figuratively climbs the walls of their apartment, eager to break out. But she knew how to love the city. And, because of her, we do too.

If you were sitting in a café in Paris right now, what book would you have at your side?