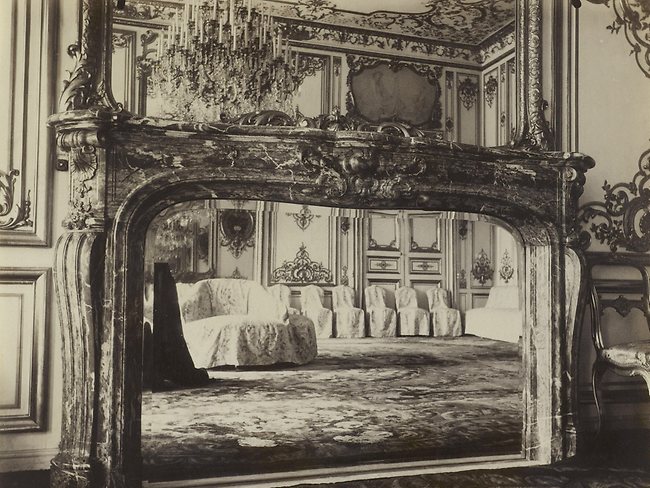 Zoom in on the ‘Old Paris’ exhibition in Sydney by French photographer Eugène Atget. From gardens to alleyways, from the banks of the Seine to the suburbs, the artist captures the soul of Paris.

Until the 4th of November the Art Gallery of NSW is exhibiting more than 200 photographs by Frenchman Eugène Atget. Over a century ago Atget lived in Paris and became an image hunter, roaming tirelessly through the Parisian sidewalks on a quest for landscapes and scenes of life that he would sell to uninspired artists. Over thirty years Atget built up a gigantic collection.

Who is Eugène Atget?

A French photographer, born in Lisbon in 1857, Eugène Atget is famous for his photos which are considered a documentary of Old Paris from the years 1890 to 1927. 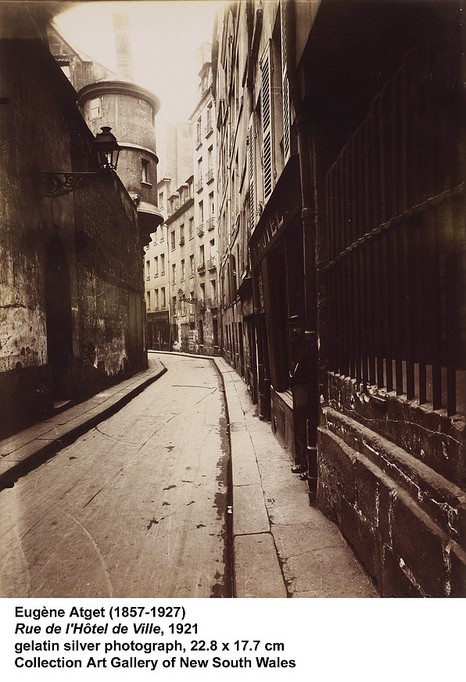 Having failed as an actor and without any family, Eugène took up photography at the end of the 19th century. At the time he gave pushy spiels to painters, but had no luck for forty years. After studying landscapes and flowers, the artist then focussed in on his preferred subject: Old Paris, crumbling down around him. 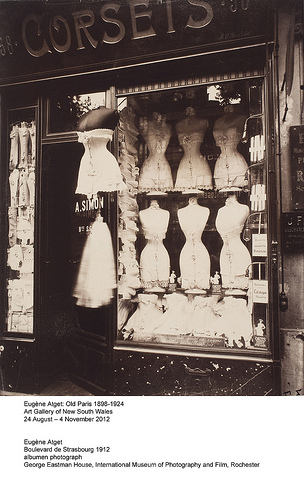 Atget immortalizes a capital far removed from the image of the belle époque, one that overshadows itself due to runaway modernism led by Baron Haussmann.

The exhibition is thus broken down into eleven sections that bring together the themes of Atget. The Roads and insipid buildings, the passing unnoticed details.

Later, his work attracted the attention of large institutions such as the musée carnavalet and the national library, main clients of Eugène Atget. The photographer was also a source of inspiration for surrealist painters like Man Ray, Walker Evans and Bernd and Hilla Becher. 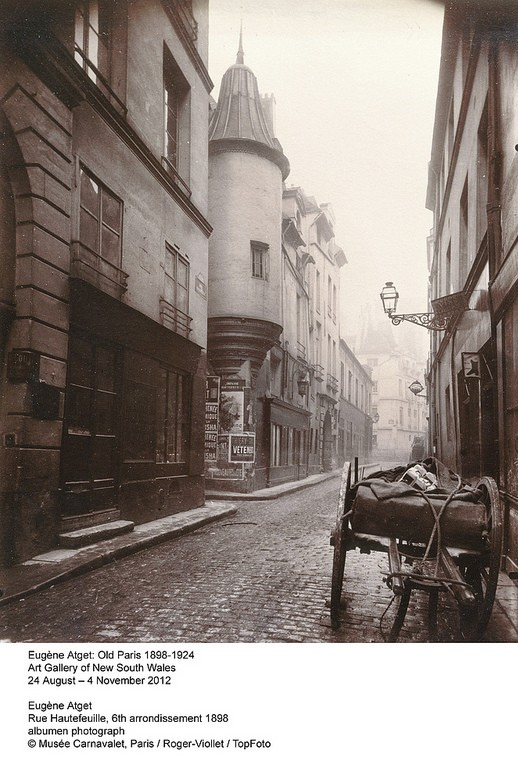 Modestly dressed, carrying a heavy, obsolete piece of equipment upon his back, Atget possessed a simple folding camera (18x24cm, made of wood). Among others, the use of panes of glass allowed him to take highly precise photos. His modest, traditional developing methods didn’t prevent him achieving an incredible modernity in his art.

Among numerous admirers of Eugène Atget, the American photographer Berenice Abbott is quoted referring to his work: “the first time that I saw the photographic work of Eugène Atget was in 1925 in Man Ray’s studio in Paris. Their impact was immediate and formidable. The subject wasn’t sensational but nevertheless shocking in its familiarity. The real world, seen with marvel and surprise, is reflected in each photo”.

So which is your favourite Parisian quarter?