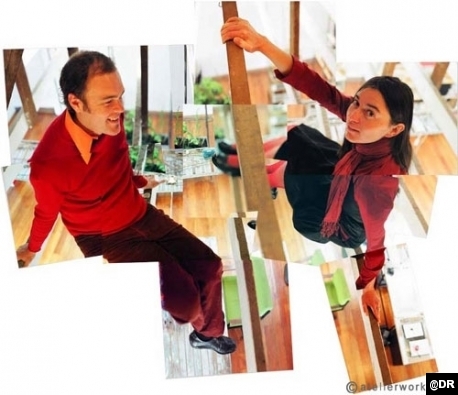 Cecile Bonnifait and William Giesen, a French-Kiwi architecture team, started Atelierworkshop in Wellington after meeting in Bordeaux. Their practice is founded on the idea of a complimentary dialogue between two cultures and a shared set of design priorities (with lots of French-style debate along the way!).

William says “the concept of Atelierworkshop – meaning ‘workshop workshop’ – is very much about two people from very different cultural backgrounds working together. Our logo is two hands. We’ll have very French-style discussion [as we go] but we do have a shared set of priorities and a shared sense of aesthetic that we both always agree on at the end.”

The firm’s approach, Cecile explains, “is very site-sensitive, starting from scratch, not taking anything for granted, which is the anthropological view”. This anthropological approach is an extension of culture-specific work William and Cecile undertook in Bordeaux, China and Morocco before starting up Atelierworkshop in New Zealand in 2000. 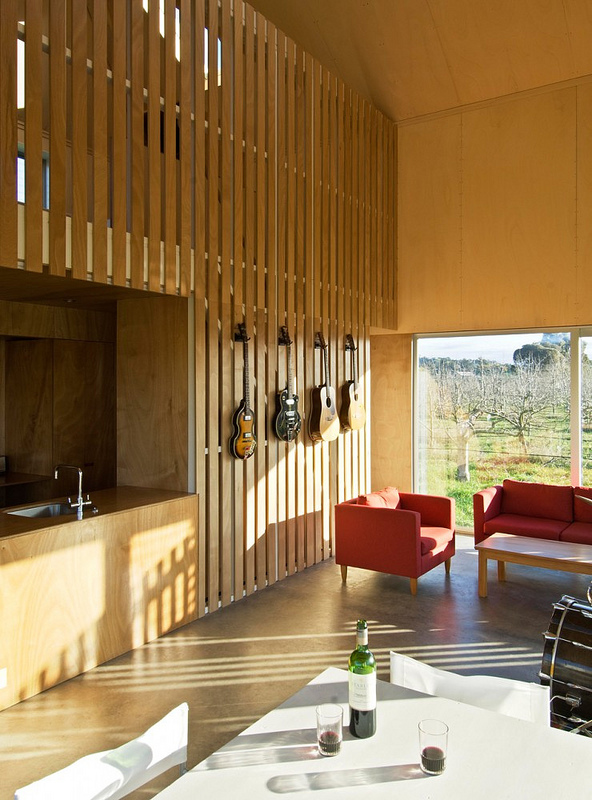 William moved to France from New Zealand to play rugby then continued his architecture studies in Bordeaux, where he met Cecile.  There he says he found a significant difference in architectural traditions between France and New Zealand. “New Zealand has that tradition of ‘do a sketch on a piece of paper and there you go’, whereas in France it was very much about writing; we had to do a creative writing course as part of the study of the site.

[French is] such a beautiful language to speak in artistic and conceptual terms. Even now, when we are working at that conceptual level it is a great language to use, there are things I would say in French that I would never say in English – it is more emotive.”

Despite the different traditions informing their architecture, William and Cecile do not work with separate design styles. “We chose the methodology that goes through studies and words first so we work the concept through,” says Cecile. “We have developed a style because we work together, and because we have a dialogue, we can then challenge each other to push the project further.”

One of Atelierworkshop’s most publicised designs is the Port-a-bach, a mobile holiday home made out of a shipping container. The design is based on the idea of the classic kiwi ‘bach’ or holiday house, traditionally a very simple building in a beautiful setting. The design has attracted interest worldwide. In France, Cecile says the concept translates to simple, practical constructions such as the wooden huts used by fishermen on river sides, or stone mountain huts for shepherds. 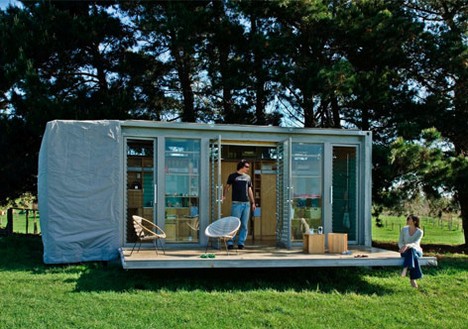 One of the many articles about the Port-a-bach calls the design “a combination of French flair and Kiwi innovation”, an accolade William says “is not a bad catch line. There is a certain amount of truth in that, in terms of what we do.”

In addition to being involved in various Franco-New Zealand art and architecture exhibitions, Cecile enjoys other tastes of France in her new homeland. Some of her top tips for finding France in Wellington are:

2. La Cloche restaurant and boutique in Kaiwharawhara (owner François Febvre’s house was designed by Atelierworkshop in 2003)

3. Le Marché Français for the best cheese by Ludovic

4. Le Canard for delights from the South-West of France

Also, check out your local Alliance Française for details of all things French in your area.