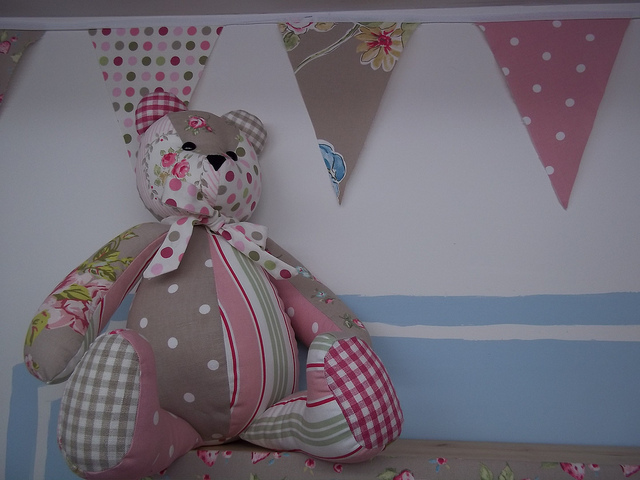 This month I’m chatting with Sue Hazell who combines her love of sewing with her love of France.

Her fascination with needlecrafts began at her grandmother’s knee, embroidering table linen together. She loved the brightly coloured skeins of silk and her grandmother’s silver stork-shaped sewing scissors. But I was surprised when Sue revealed that needlework was her least favourite subject at school. 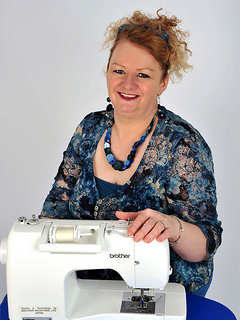 I understood why, when she told me that her teacher made them mark out their patterns on the cloth, then pin it and then tack it together before they were allowed to touch the sewing machine! “And if it wasn’t correct we had to unpick it all and start again! That’s why I haven’t tacked anything since 1970!”

After school, Sue became a hairdresser but continued sewing in her spare time. Then one day she saw a job advertised for a shop assistant with an interest in sewing to demonstrate sewing machines. “It was the job of my dreams – let loose on 10 brand new sewing machines. I was told I should bring in my own sewing, so if we were quiet I could learn more by sewing. I could then pass my knowledge onto customers.” So began Sue’s career in teaching, although she wasn’t yet aware of it.

Cut to 1990, Sue is married with two young children and working from home as a hairdresser and dressmaker. “In 1990, a client, who happened to be head of adult education, asked me to teach a curtain making class. I said I couldn’t teach…. but I taught for 10 weeks until Christmas. I’ve never been so nervous. I attended tutor evenings and my eyes were opened to ‘how adults learn best as adults’. Having been on many courses myself, I was hooked!”

Sue went on to qualify as a teacher at Oxford Brookes University and now teaches in London, Oxfordshire and France. She writes for sewing magazines and has contributed to several books on sewing. 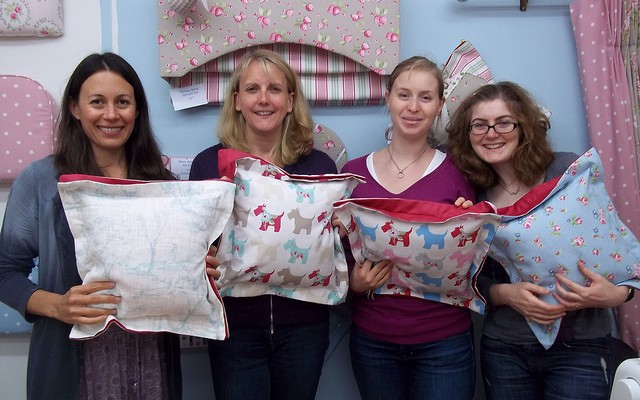 So where did the French connection come from? Sue says it began in geography lessons.

“I made a beautiful folder with pictures cut from travel brochures, it looked so peaceful and I dreamt of going there. Later, family holidays were spent driving through France to Spain. I remember looking across the French fields through the early morning mist daydreaming about what life would be like in those quaint farmhouses and quirky buildings.”

Sue began teaching in France by coincidence. “Every summer, I teach on the Charente/Dordogne border near Aubeterre sur Dronne. I had several people from France come to the Cotswolds who told me there was nowhere near them to improve their sewing skills. One lady was an agent immobilier and suggested places to rent near her home. 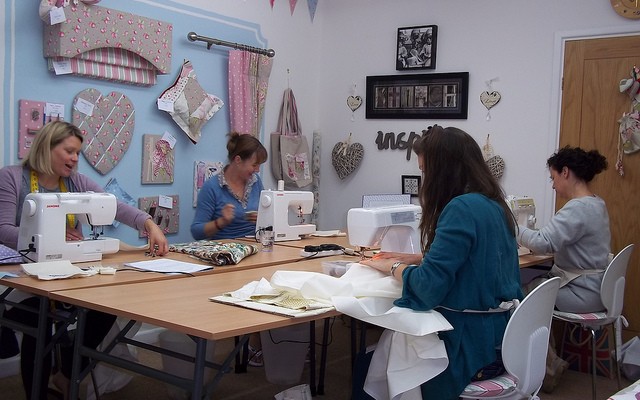 When I boarded the first flight on my own to France, I had the same feelings I’d had as a dreamy teenager. I love the slower pace of the countryside, the historic places and people I’ve met through teaching in France. My favorite is Sunday mornings in Aubeterre, the quaint market in the village square, people watching and a kir before lunch.”

Sue also loves French fabrics. “I’ve worked with many interior designers over the past 25 years and there’s something about the crispness of French linen and the delicate printed fabrics that’s irresistible. I always manage to find something to put in my suitcase as a reminder. My favourite shop in Aubeterre is ‘Number 8’. The back of the shop is cut into the rock and Eve, who owns it, has gorgeous crafts, gifts and wearable items in there.”

Image Credits:
1. This cuddly teddy will be the prize in Wendy’s next blog giveaway! Please subscribe here so you don’t miss out.
2 – 4. Wendy Wise