On the hunt for French truffles 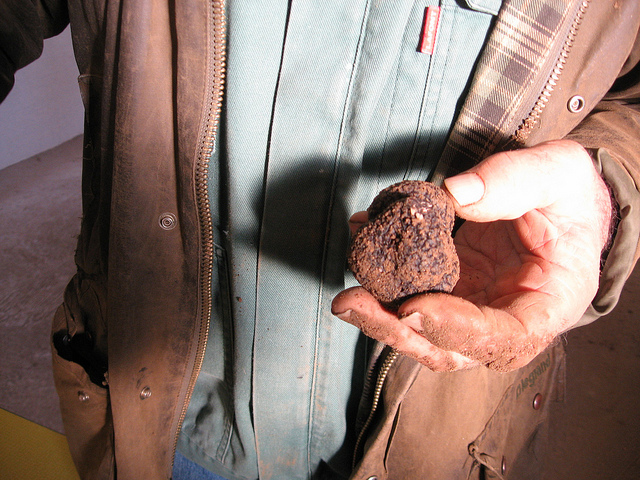 I always thought truffle hunting in France was done in the company of a big-nosed pig or truie. I also assumed the hunt occurred in the southwest part of the country. My friend Pierre set me straight.

Pierre, who lives in eastern France, has a passion for black truffles. In fact, he has set aside part of his large backyard for truffle propagation. He has planted a stand of English oaks. It’s in the soil beneath them where, assuming conditions are right, the fungus will grow wild. 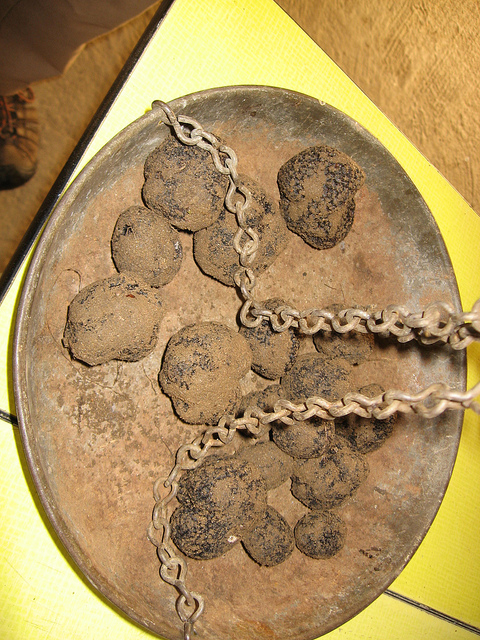 The truffle is probably the most prized and expensive ingredient in French cuisine. It’s called a ‘black diamond’ because of its value. A kilo (2.2 pounds) of black truffles can sell wholesale for a thousand dollars. It’s no surprise then that cheaper look-alikes reportedly have been intruding on the market. And beware serious truffle skullduggery, such as false labelling.

Late fall and early winter are the best times for truffle hunting. Pierre goes looking not with a porcine friend, but with a truffle dog, or chien truffier. Pierre used to lease his neighbor’s pet, who incidentally got a significant share of the profits, but he now has his own. 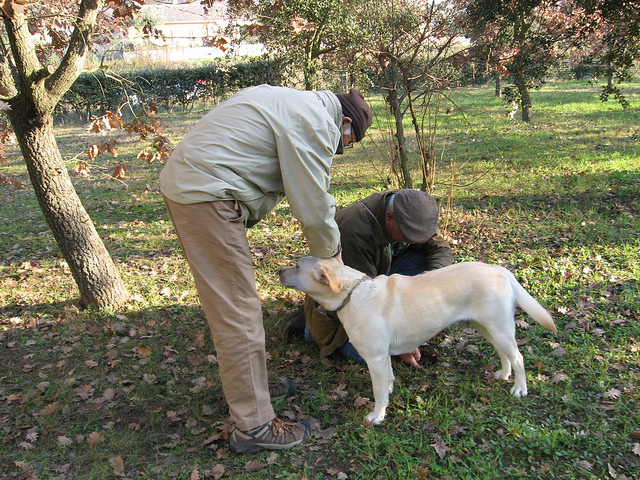 Pierre strolls among the oaks, always making sure to bring along a bag of doggie treats – cheese works well. When the pooch is on to something and starts digging, Pierre makes sure to stop the dog from pawing the truffle, thereby damaging the merchandise. That’s where the treat comes in. It’s amazing how accurate a good truffle dog can be. On our outing, the pet scored nine times out of ten. After the outing, Pierre stores the truffles in sand and, when cleaned, in the freezer.

I confess that before meeting Pierre I couldn’t understand what all the fuss was about. The truffles I ate had no smell or taste. In short, what I had bought wasn’t fresh or of good quality. That’s because the real thing is smoky, pungent, and memorable. 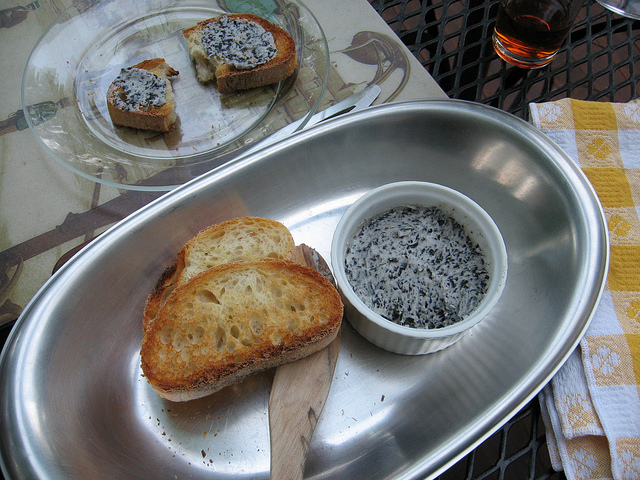 There are many ways to use truffles in cooking but here’s an easy one I especially like – truffle butter. First, if you’re using bottled truffles, rinse off the alcohol, dry the truffles gently and grate them finely with a rasp. To make the butter, soften some European butter, preferably lightly salted, and mix in as many truffle shavings as you like. (My ratio is two or three tablespoons of butter to one of truffles.) Toast some slices of French bread and spread the truffle butter on the toast. Pour yourself an aperitif and relax.