Secrets to sounding like a native: demystifying French expressions 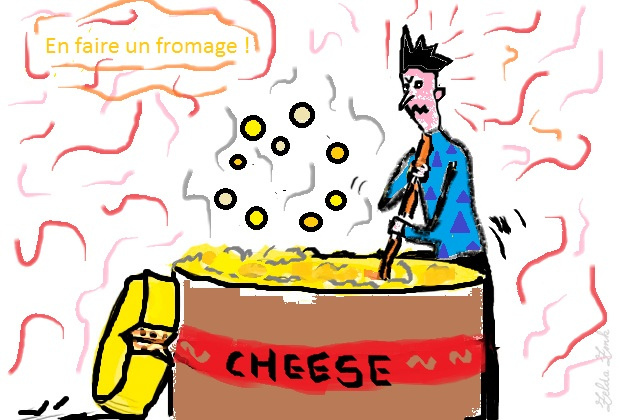 This article is in English. Click here to read the French version.

So you don’t really understand classic French expressions? Not to worry! My French Life™ are here to dissect and help you understand the expressions anchored in the language of Molière.

Have fun discovering just how beautiful the French language is, both to speak and to hear. Learn the richness of its vocabulary through idiomatic French expressions relating to food. You’ll be surprised to see that they aren’t just found in La Fontaine’s fables.

Master these expressions, their meaning and their origins. Then, impress your friends with them at dinner parties!

Everyone knows the legendary French passion for cheese. So it’s not surprising to come across this old French expression, which dates back to the twentieth century. ‘En faire tout un fromage’ means to exaggerate or dramatise a story that is, ultimately, not a big deal: a story that’s actually insignificant, or unimportant. There are other similar expressions like saying that a person ‘fait tout un cinéma’ or that he ‘fait tout un plat’.

But where does ‘en faire tout un fromage’ originate? It refers to the savoir-faire, the know-how, of the master cheese maker who with only a little milk manages to make a cheese of great delicacy. Undoubtedly, someone who tends to exaggerate a story without much to start with would be a good master cheese maker!

Equivalent English expression: ‘To make a mountain out of a molehill’.