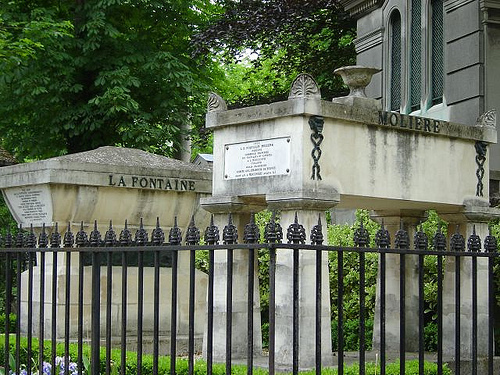 When visiting France I have found that some of the most fascinating places in Paris are its cemeteries. The best-known are Cimetière du Père Lachaise, Cimetière du Montparnasse and Cimetière de Montmartre. I have visited them all.I first went to Père Lachaise around 1980 when zillions of stray cats still roamed its alleys. I hardly saw any when I went back in 2005, 2011 and this year. That first time, my husband and I got seriously lost in the cemetery. We saw a lot of famous people’s graves, and were fascinated by the lavishness of some of the tombs.

I love the American quiz show ‘Jeopardy’ and I remember once acing all questions in a category on Père Lachaise. The first question was about Edith Piaf (1915­­–1963), a French singer with whom most Americans of my generation are familiar. 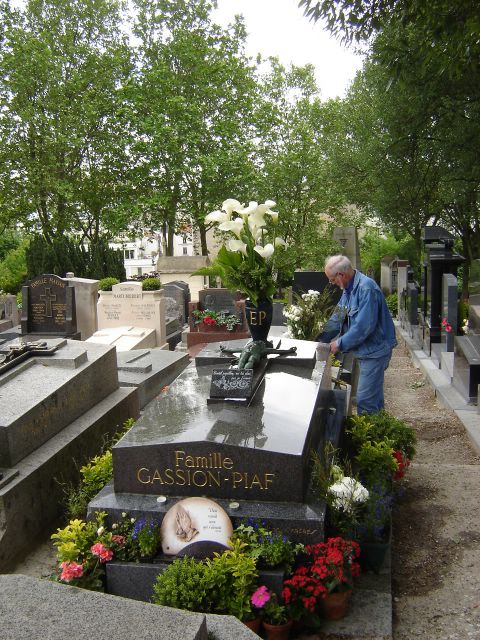 Piaf’s career spanned the years 1939 to 1963. She lived a complicated and tragic life and died prematurely, a victim of alcohol and drug abuse. (I highly recommend the 2007 biopic, ‘La Vie en Rose’.)

The second question was about Molière (1622–1673), the famous 17th century playwright, theater company director and actor. He wrote the comedies ‘Tartuffe’, ‘The Misanthrope’ and ‘The Imaginary Invalid’.

Molière died while performing this last play and was denied a church funeral by the Roman Catholic Church. At the time they were systematically excommunicating actors. His tomb is next to that of La Fontaine, another 17th century French writer, known for his ‘Fables’. 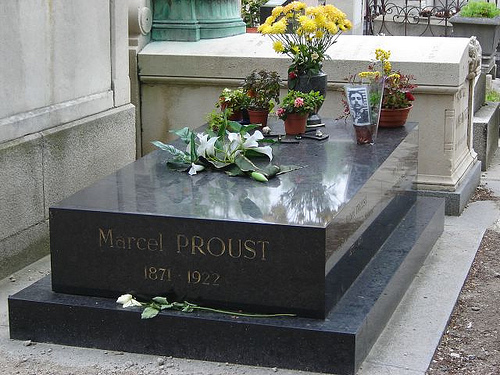 The third ‘Jeopardy’ question was about Marcel Proust (1871–1922), author of ‘Remembrances of Things Past’. I really like his very simple tomb.

The fourth question was on Jim Morrison (1943–971), the American singer who died in Paris. He lived there from March 1971 and died on July 3 of that year. Like Piaf, he was a victim of alcohol and drug abuse. Morrison’s tomb rapidly became one of the most visited at Père Lachaise. 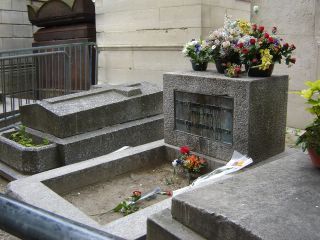 For many years it was surrounded by a constant crowd of pot-smokers. These days, this is no longer the case. Morrison’s tomb is unattractive and its plaque badly needs a cleanup. Under the words ‘James Douglas Morrison’ there is a Greek inscription that translates as ‘Fighting the Devil Within’.

The last question on ‘Jeopardy’ was on Sarah Bernhardt (1844–1923), the legendary French actress. I had never seen her tomb until this past June when my brother convinced me to take a guided tour of Père Lachaise on the theme of ‘dark humor’.

It was led by the very entertaining and knowledgeable Paris cemetery expert, Bertrand Beyern. I highly recommend this wonderful tour guide if you understand spoken French. 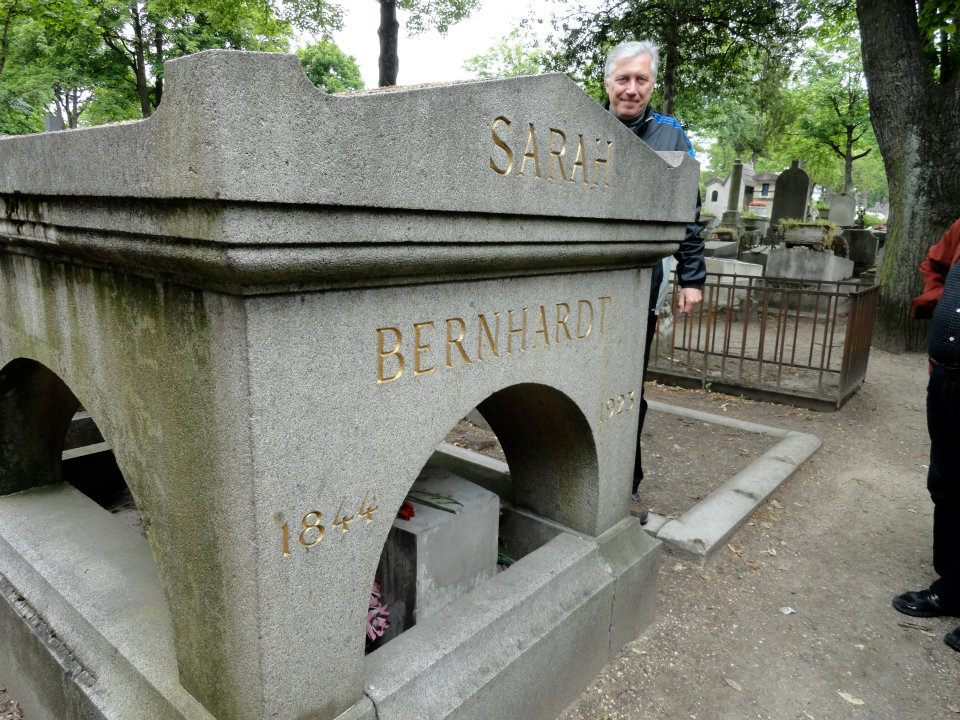 There are, of course, many more famous people buried at Père Lachaise. One of the most popular tombs remains Oscar Wilde’s, on which there were always hundreds of traces of lipstick left by visitors who would kiss it. Cleaning the lipstick proved tedious and expensive, so the cemetery administrators decided to surround the tomb with a Plexiglas fence. 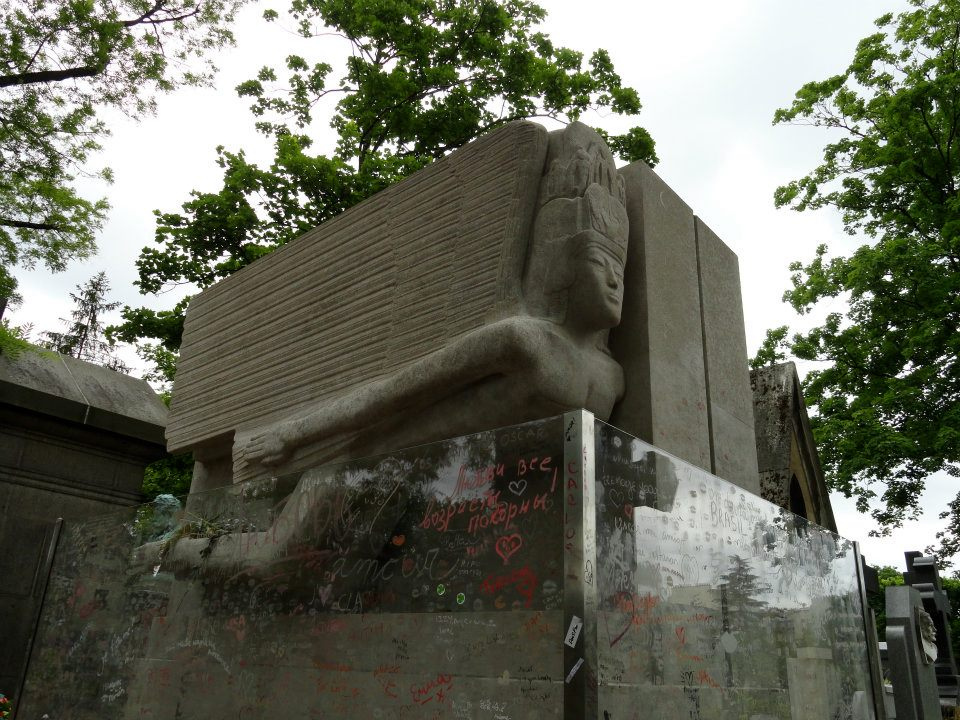 Also buried at Cimetière du Montparnasse is Joris-Karl Huysmans (1848–1907), the late 19th century B-list novelist and art critic on whom I wrote my doctoral dissertation. It took me two tries to find it, but I now visit his tomb every time I am in Paris.