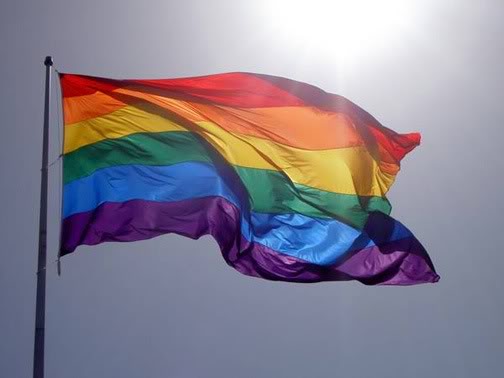 Earlier this month François Hollande introduced a bill to legalise gay marriage and allow gay couples to adopt, which was backed by the cabinet. The draft legislation will be debated in parliament in January.

But despite the backing of 65% of the French population¹, it’s being protested by thousands of people all over France.

Most of my acquaintances, friends, and family disagree with me on the topic of gay marriage. To them, it’s wrong and unnatural. I respect that that is their opinion, and I respect their right to express that opinion openly, provided it’s expressed in a way that doesn’t incite hatred or violence. 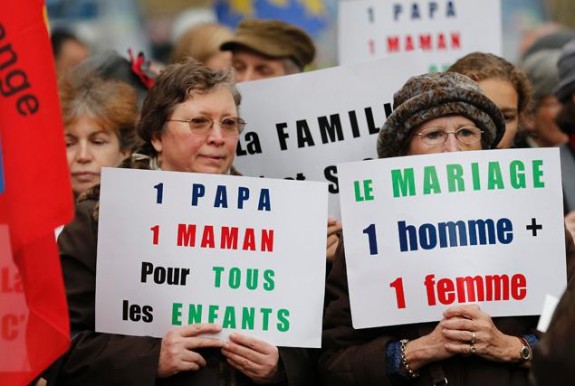 Likewise, I respect the opinions of those 100,000 French people who are protesting plans to legalise gay marriage in France.²

But I’m not happy about it.

As a woman of colour who used to be a visible Muslim, I know exactly what discrimination feels like. I’ve been taunted, bullied, and refused jobs because of my skin colour and what I wore on my head. 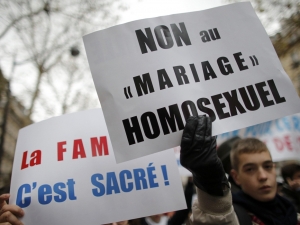 I have this nightmare the extremely xenophobic Pauline Hanson gets elected Prime Minister of Australia.

She denies me the right to marry who I choose, access to healthcare, and then executes me. Because to her, immigrants and Muslims are unnatural and harmful.

That’s my nightmare, but that’s the gay community’s reality.

I wonder how many of you are familiar with Eudy Simelane. Or Larry King, Tyra Hunter, or Matthew Shepard. These people are all dead as a result of homophobia.

When a person violently protests the right of homosexuals to marry, it’s essentially tantamount to that person declaring that they condone the mistreatment and abuse of gay people. 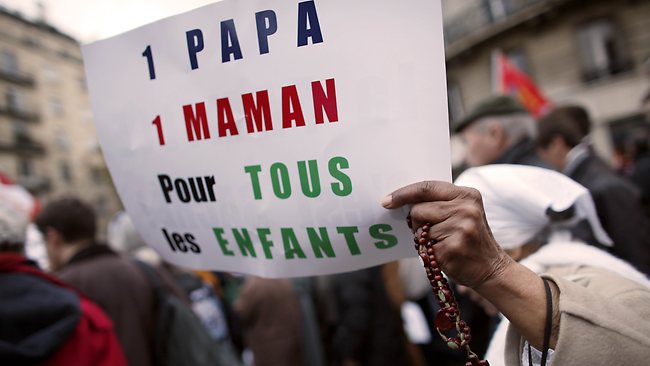 To me, it sounds like that person is standing up and saying, “I don’t care that a 15-year-old was shot twice in the head at school because he was gay. Or that a woman was gang raped, beaten, and stabbed 25 times because she was gay.”

Refusing gay marriage only helps perpetuate the idea that it is OK to treat homosexuals as second class citizens.

Not to mention the French protestors’ argument that children need one mother and one father. I only ever had a single parent – my mother – and I like to think I turned out just fine. In fact, I think I would have turned out much worse if my biological father had been in the picture. 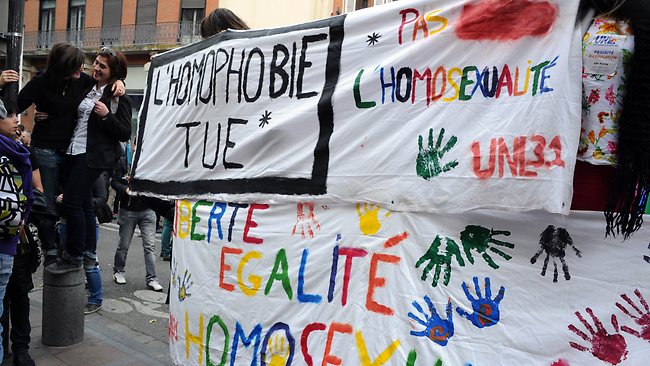 What children need is love, support and stability. My opinion is that anyone who would argue that only two heterosexual parents can provide that is, quite frankly, delusional. 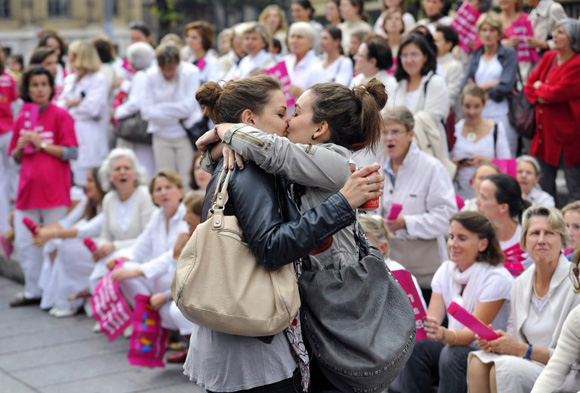 These two girls, 17-year-old Julia Pistolesiand and 19-year-old Auriane Susini, happened to walk past a ‘Un papa une maman’ protest in Marseille and spontaneously decided to show their support of gay marriage by kissing each other.

Oh, and they’re not gay – it was “a gesture of solidarity, pure and simple”.? 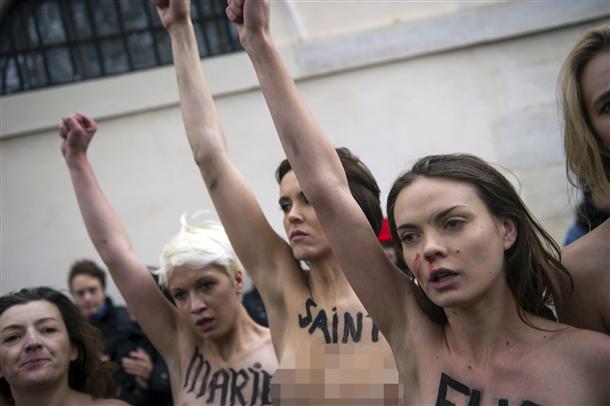 French/Ukraine feminist activist group Femen also showed up to protest a Catholic protest in France. They were dressed as nuns, except they were topless and had the words ‘In Gay We Trust’ painted on their bodies. They were pepper-sprayed and beaten for their troubles. I’ll agree their method may have been sacriligeous, but it got the point across. I admire their bravery.

To Femen, to Julia and Auriane, to François Hollande, and to 65% of the French population, I say: bravo, et bonne chance.