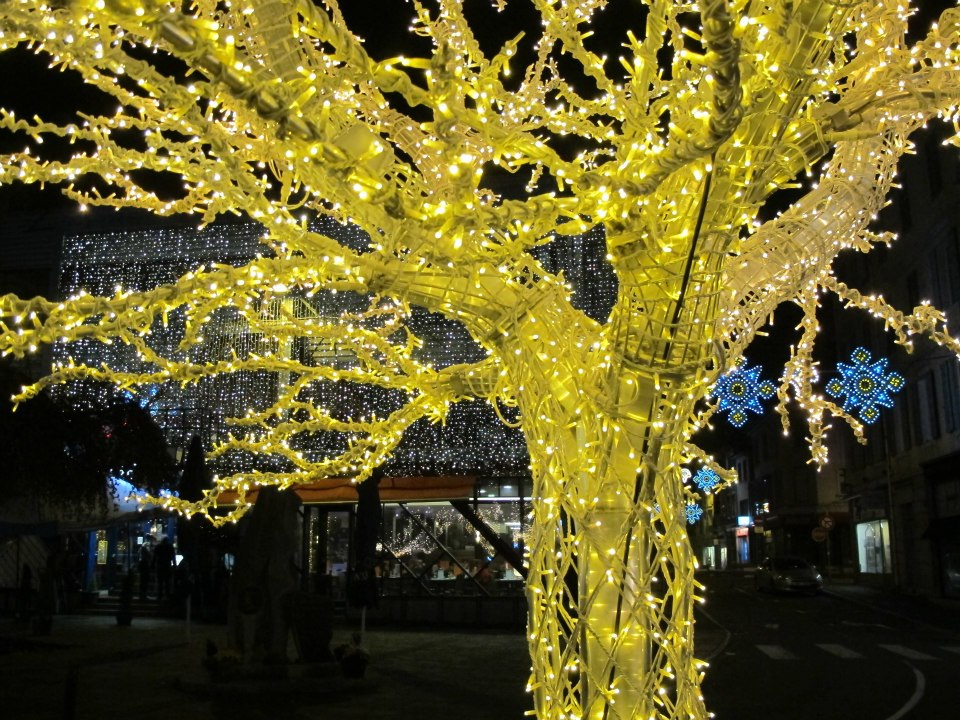 In America, the holidays commence with turkey and pumpkin pie. The French mark the start of the season with vibrant markets. The Montbéliard market breathes life in to the city, with a festive atmosphere that would put even Scrooge in the spirit.

The French know Montbéliard, a city in the Franche-Comté, more for its smokestacks than its sparkle. Home to the auto giant Peugeot, the city remains a bastion of industry, and looks the part. 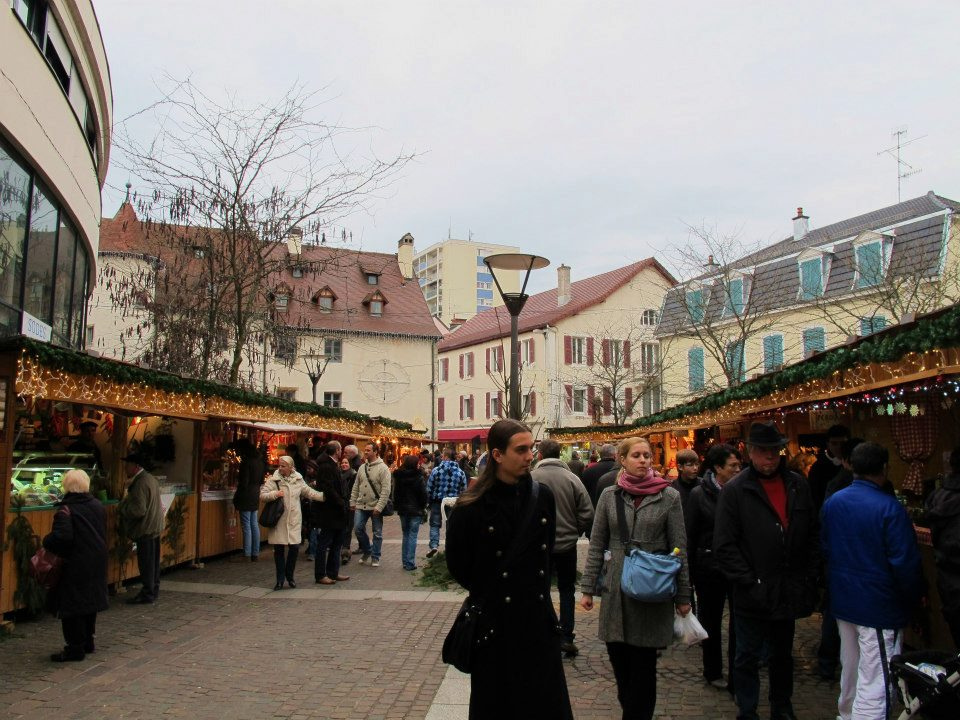 Montbéliard begins fêting the Christmas season at the end of November, illuminating and decorating the city. Tante Airie, the legendary good fairy of the Montbéliard region, wanders the streets with her donkey offering Christmas wishes and sharing her stories.

It is Tante Airie who traditionally presents deserving children with gifts on Christmas Eve. Père Noël and Sante Lucie, the patron saint of lights, also join in the festivities.

A French market with a German twist

The Christmas market of Montbéliard, like those of the neighboring Alsace, dates back to the days when the German House of Württemberg ruled the area. The German influence makes for a picturesque holiday setting complete with twinkling lights, Christmas trees and gingerbread. Add a little snow and you’ve got yourself a fairytale! 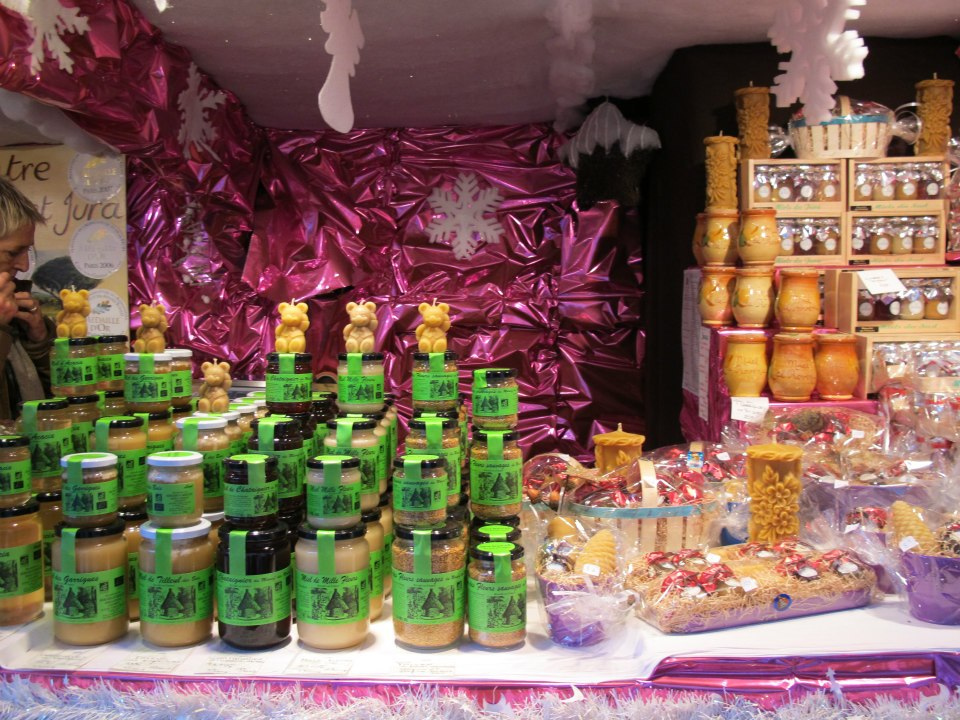 At sundown the first day of the market, locals and tourists alike gather around the Château de Montbéliard, formerly the castle of the Dukes of Württemberg and now the city’s major attraction, for a glittering light show projected on the castle walls. 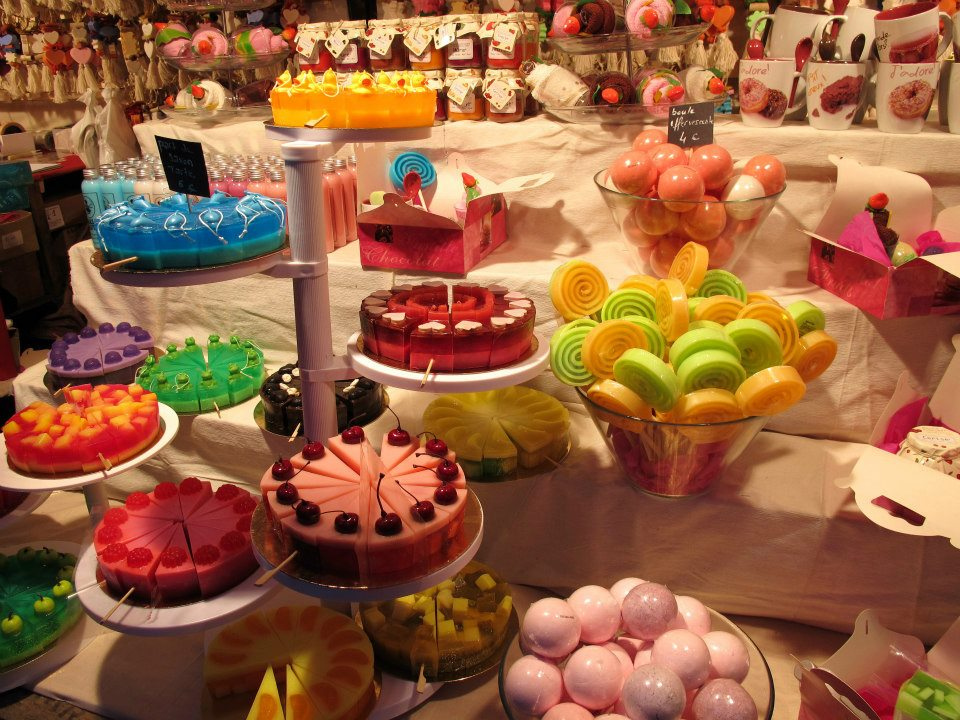 That’s right, beer, along with waffles, fries and plenty of chocolate. This year Montbéliard welcomes Wallonia, the French-speaking region of Belgium, as its invitée d’honneur 2012. Many of the market stalls purvey Wallonian gastronomic specialties, a gourmand’s dream (and a dieter’s nightmare).

If the waffles take to your waistline, bid them adieu with a few laps around the skating rink. Then warm up with another hand-warming mug of vin chaud. ‘Tis the season, non?

All images courtesy of Anna Kotecki