A Guy’s Guide to Christmas shopping in Paris 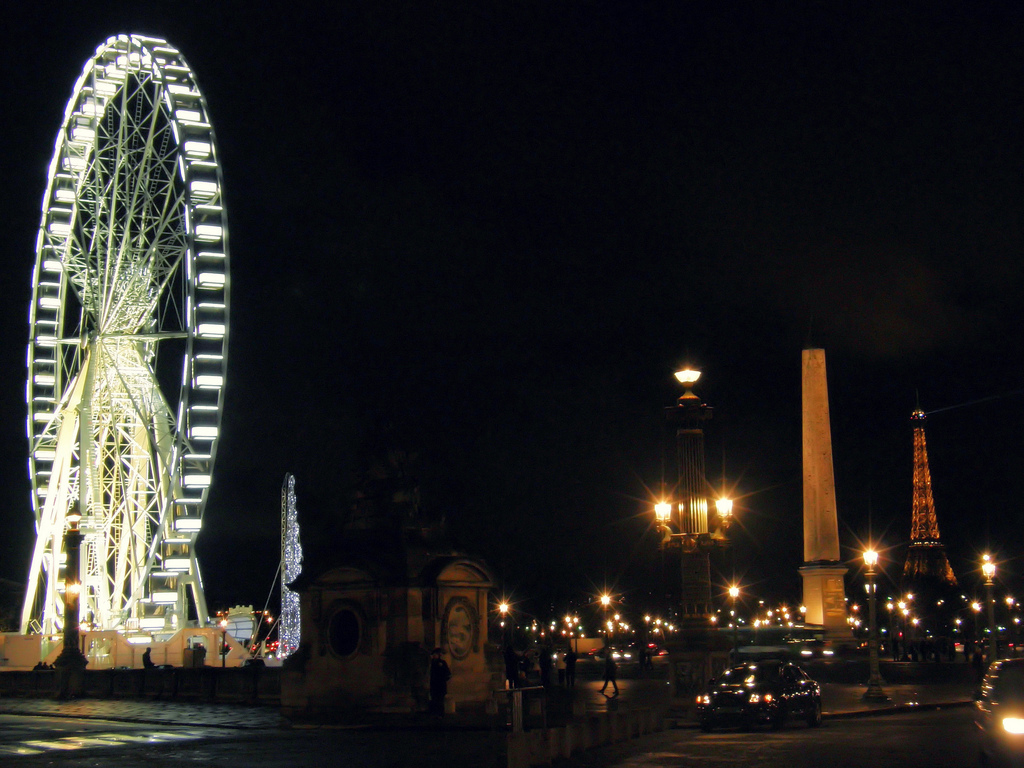 Ask any guy: the only thing worse than shopping is Christmas Shopping. With someone else. In Paris. At Christmas. Not only are the stores packed, they are packed with the rudest, most aggressive, and impolite race the world has ever seen: Christmas Shoppers.

In the spirit of generosity that invades Christmas in Paris like an avalanche of Bûches de Noël, I’ve got your back. While I may not be able to get you out of the circus, at least I can help you clown around. The only people you won’t see shopping on la plus belle avenue du monde are those who know better, namely the French. While many upscale brands have landed flagship stores on the avenue, the street is mostly awash with overpriced trinkets and fast food restaurants, so you’ll find yourself wading through the waves of tourists and panhandlers without ever actually buying anything.

If you can’t help but get stranded here, don’t despair. Simply encourage your mate to go there in the evening, when the Christmas lights like trees wearing hula hoops will provide amusing distraction. To avoid the disappointing spectacle altogether, simply tell your partner you need to buy a special present in secret, and then run off to one of the entertainment mega-stores and lose to adolescents at demo video games. Many visitors to the City of Light have the brilliant idea to Christmas shop in one of Paris’s department stores, yet are in the dark when it comes to what that entails. Located near the Garnier Opera House (Metro Chaussée d’Antin – La Fayette), these beacons to commerce attract tourists like bugs to neon, only to zap them in the end. The icy sales staff look down their noses and the only way not to be treated like a leper is to either smell like money or actually have it, lots of it.

The best way to skirt the shadows is to stay outside them. Let the light of your life enter the black hole while you have the bright idea to window shop. The grands magasins put on an annual display of showcases for les enfants and while even the most sensitive guy will notice the scenes are nothing more than automaton adverts, there is more than a small dose of Christmas magic to be found in the eyes of the children ogling them.

Paris has a Christmas Market on the Champs Elysées, but this doesn’t mean you can kill two birds with one stone and do the market and the Champs at the same time. You’re going to need two stones because the market nests at the opposite end of the avenue of the Arc de Triomphe.

If your other half insists on perusing the arts and crap stored in the cookie cutter chalets (Christmas paella, anyone?), begin at the business end (metro Franklin D. Roosevelt) and head towards the Place de la Concorde, which hosts the Grand Roue (French for ‘humongous freaking Ferris wheel’), a nice reward when you’ve made all the concessions you can stand. Not all the Christmas Spirit in Paris will haunt you forever, however. While much of the Holiday Shopping in the city is no different than seasonal shopping elsewhere in the world, the city remains a beautiful stage for the festivities. With annual traditions, ice rinks open to the public, and every street fashioning its own array of lights, Paris truly becomes a winter wonderland where turning each corner means finding a new gift waiting to be appreciated.