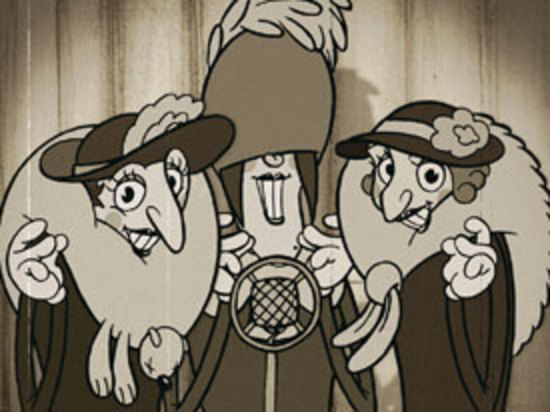 Happy Friday everyone! In the words of Rihanna, here’s to the freakin’ weekend! To help you get in the weekender zone, we bring you a selection of French films that we love, hate, or think you should watch just to say you’ve watched them.

Today’s column was originally just going to be a list of my favourite Disney films dubbed in French. Luckily for you all, I remembered that the French have their own cartoons. I’ve already mentioned ‘Persepolis’ (which I really must insist you watch), but here are three more animated films I think are worth a look.

Our hero in this film is baby Kirikou, who we watch crawl out of his mother’s uterus and wash himself after his mother informs him that babies who speak in the womb can birth themselves, and babies that birth themselves can wash themselves. This precocious child then proceeds to rescue his village from an evil sorceress. (Who as it turns out isn’t evil, just cursed.)

You guys, I’m not going to lie. This is one of the films that fall under the “I think you should watch it just to say you’ve watched it” banner rather than “I love this film so much I’m going to force everyone I know to watch it too”.

I’m led to believe this film and the titular character are well-loved in France, and in some aspects I can see why: the music and artwork are gorgeous, and the film animation style is completely different to what I’m used to, in a good way. But I just found Kirikou a little annoying. I’ve never liked boys with a superhero complex.

Another very well-known and well-loved French animation, and unlike the previous film I can see why. Despite there being little dialogue (I’m a fan of dialogue) this surreal film has a very enjoyable plot. The critics liked it as much as audiences did and so it received two Oscar nominations.

‘Les Triplettes de Belleville’ is the story of Champion, an orphan raised by his grandmother, Madame Souza. He gets kidnapped by gangsters while racing in the Tour de France, so his grandmother enlists the help of the Triplets of Belleville and sets off to rescue him.

My favorite of this list – we have dragons! And a quest! And gold! And funny little sidekicks! Not to mention the use of my favourite animation style. Think ‘Shrek’, or ‘Brave’, or ‘Ice Age’. Good for the kids as well as the parents.