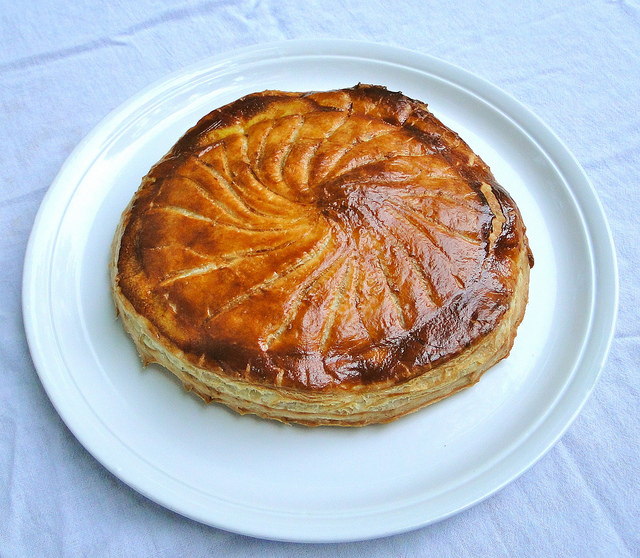 What Francophile isn’t familiar with the bûche de Noël, that scrumptious roll of sponge cake filled with frosting, and made to look like a Yule log?

Most French bakers, wherever they live, have the pastry in their repertoire. But what to do after Christmas?

Fortunately, there’s an equally delightful pâtisserie to savour – an Epiphany cake called the galette des rois. It takes its name from the three wise men or Magi who visited Jesus twelve days after his birth. It’s served not just on January 6 but throughout the month.

As far as I’m concerned, the galette is heaven sent. It’s a two-layer construction made from rounds of puff pastry and a frangipane filling, a mix of ground almonds, sugar, butter and egg.

It’s a dessert fit for a king or a queen, depending on who gets the slice containing a hidden prize – a fève. 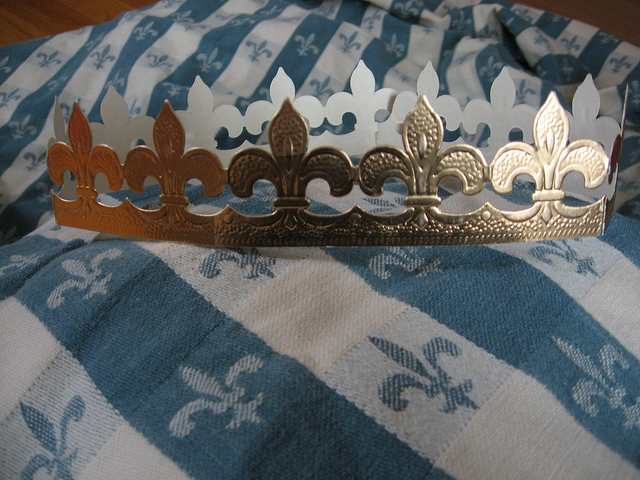 What’s a fève? Literally, it’s a fava bean stuffed into the almond cream. Whoever finds it is entitled to wear a gold crown. Pâtisseries usually sell this paper cap along with the galette.

These days most shops will embed something fancier than the lowly bean in the cake – small, ceramic or plastic figurines pretty enough to be collectibles. The Musée de Blain, in western France, boasts it has the largest collection, some 20,000 of them. The figurines can represent cartoon characters, sports pros, even saints.

Yet just as France is a nation of differences, not all galettes will be alike. Most likely, you’ll find the one I’ve just described north of the Loire River.

In Brittany, however, it’s a butter cake. In the east and south of the country, the pastry may be more like a pogne, a brioche- or yeast-type of pastry filled or topped with candied fruit. 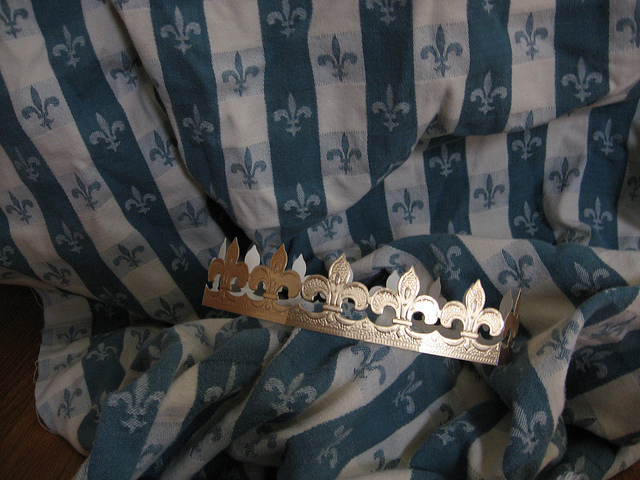 According to author Susan Herrmann Loomis, the origins of the galette des rois date back to the 14th century. Cardinals in Besançon were looking to appoint a new chapter head and resorted essentially to a coin flip. They stuck a fève in a loaf of bread. “Whoever got the coin,” Loomis says, “was awarded the post.” Over the years, the loaf became a pastry and the tradition spread across France.

My Larousse Gastronomique has a slightly more ancient and pagan take on the story. The Romans (who were firmly established in France) apparently voted with beans, “and it was with beans that they chose the traditional ‘king of the feast’ at the Saturnalian banquets.”

Whatever the true history of the galette and whatever form it takes, it’s a delightful addition to any party this month.

Which one would you choose?