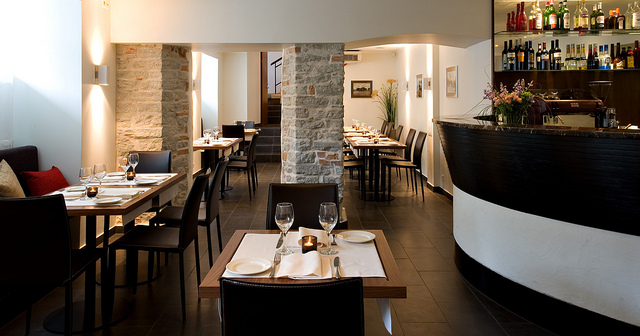 Dazzling white tablecloths… starched napkins… the obsequiously formal waiter (always a man!)… All embody the French restaurants of my childhood!

Although my family seldom ate out when I was growing up, I was absolutely in love with the pomp and pageantry of restaurant dining. Here are a few of my restaurant memories. 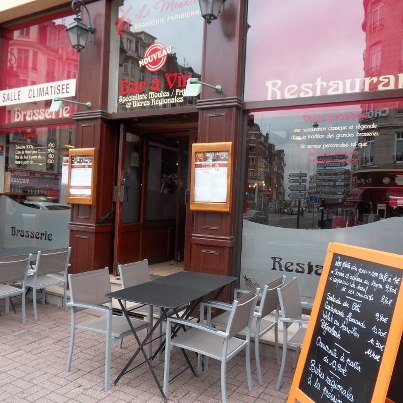 My maternal grandfather once took my brother and myself to a restaurant called Le Meunier, near the train station in Lille.

I had leg of lamb (gigot d’agneau) with flageolet beans, a meal that remains one of my favorites. Le Meunier still exists; my brother and his wife eat there once a week, always seated at ‘their’ table, and are considered part of the Le Meunier family. The prices are very reasonable, and the food always wonderful.

On the rare occasions when we ate at a restaurant, my father, who worked as a chef for some twenty years of his working life, would dissect his food and be overly critical of everything served. It was downright embarrassing, and made dining out rather unpleasant.

My happiest family dining out experience was when my parents, my brother and I ate at a fondue restaurant in Annecy. I was about 15 years old at the time. We had a traditional cheese fondue, with which we drank a copious amount of local white wine. I think that we all got a bit tipsy, because we giggled during the entire meal.

4. The exotic side of France 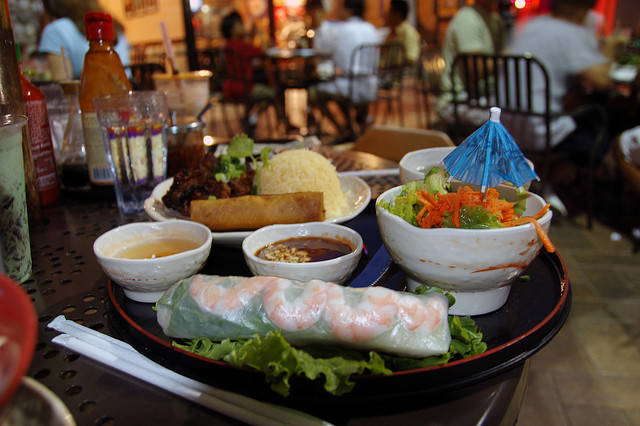 I remember my first experience with ‘exotic’ cuisine. My brother and I were teenagers, and we were visiting my godmother, who lived in a Paris suburb. She took us to a Vietnamese restaurant, and I was wowed by the food I ate there. Thus began my long-time love affair with Asian food.

When I came to the U.S. for a year in 1973-74, I was introduced to a different restaurant protocol.

I discovered that many restaurants could be very dark, making it tough to see the food on one’s plate. The salad was served before, rather than after the main course, and you had to choose your dressing (in France, you get a vinaigrette, and that’s that.) Of course, I thought that ‘French dressing’ was extremely weird, since it does not even exist in France.

The portions were enormous, especially steaks. The waiter or waitress constantly came over to the table to ask you if things were fine, which never happens in France, where the staff assumes that, if anything is wrong, you will let them know. 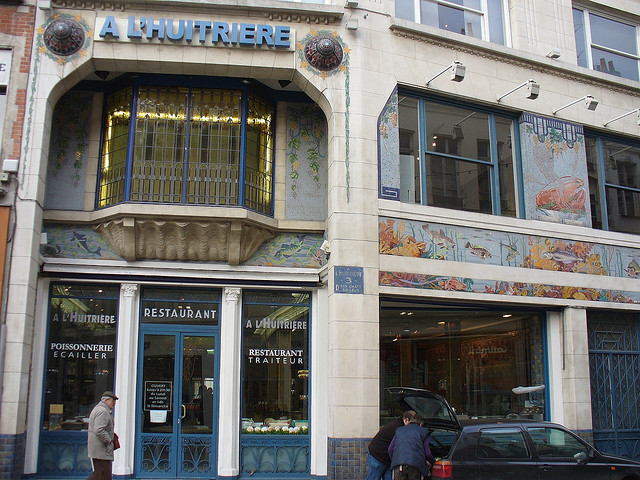 I have never eaten at extremely renown and expensive restaurants – the likes of La Tour d’Argent or Le Grand Véfour – because I basically cannot afford them. However, after my mother remarried (in 2002, on her 81st birthday), she and her husband would eat regularly at pricey restaurants in Lille.

Every time I visited them, they would take me to a different local top-notch restaurant. My favorite still remains L’Ecume des Mers, an excellent and very fine seafood place. They also once took me to L’Huitrière, probably the most expensive restaurant in Lille, where my mother had always dreamed to eat one day. The place was too pretentious for my taste and, although very good, the food was not transcendent.

7. The worst waiters in Paris?

Finally, if you are ever in Paris and want to have your feathers ruffled by the snootiest waiting staff ever, go to Le Procope, the legendary meeting place of the likes of Voltaire and Rousseau. I have never been treated with such contempt at a French restaurant, and the food is not even that good…

What about you? What are your best restaurant memories?